Yohe: Brian Dumoulin looks to prove himself in what may be his final season in Pittsburgh 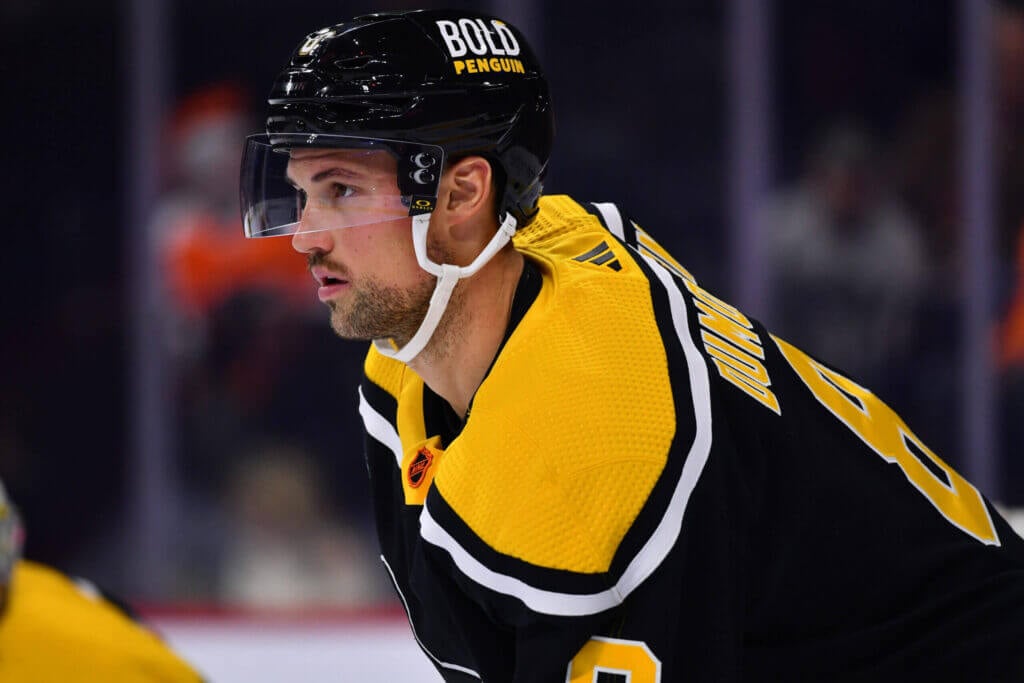 CRANBERRY TOWNSHIP, Pa. — It was a simple question and one that, until this season, never needed to be asked.

Brian Dumoulin was sitting at his locker following Wednesday’s practice at the UPMC Lemieux Sports Complex, sweat dripping from his forehead. One night earlier, he returned to the Penguins’ top defensive pairing with Kris Letang. They’ve been peas and carrots for the better part of a decade on the blue line, but Dumoulin has been more pea soup than anything else this season. And he knows it.

The question I posed to him was to the point.

Do you want to be on the top pairing with Letang?

It seemed a valid question because the truth is that Dumoulin has looked far more comfortable this season when playing in lesser roles. Struggling with his skating and his ability to handle the puck properly, Dumoulin is enduring his worst NHL campaign. It happens to be a contract year for the veteran. It’s been something of a disaster.

He didn’t hesitate to answer the question.

“I mean, winning is everything. I want to help us win no matter what it takes. But obviously, I want to be there with Kris. If I can play with him, I think we have more balance up and down the lineup. I just want to grow with him.”

Dumoulin’s legacy with the Penguins is perfectly safe. He has two Stanley Cup rings. His defensive work was so marvelous in the 2017 postseason that I’m of the opinion that the Penguins won’t win the Stanley Cup that spring without him. Letang reached the greatest heights of his career while playing alongside Dumoulin because they’ve always worked.

In the past few weeks, however, he has played somewhat better. Not great by any stretch, but there have been little signs that perhaps his game is improving.

Enough to play on the top pairing?

“I think I can,” said Dumoulin. “I definitely feel like I’m gaining more confidence right now.”

Starting at the Winter Classic, Dumoulin started using a shorter stick. This has coincided with a mild upswing in his performance. Dumoulin doesn’t believe this to be a coincidence.

“I have switched some stuff up, trying to get more comfortable,” he said. “I went back to this old stick at the Winter Classic and it’s made a difference for me. Having a longer stick can help with some philosophies. Stick on the puck. Breaking up plays. Being more active with the stick defensively. Stuff like that. But I felt like it was just too sporadic. I didn’t have as much control with the stick as I wanted to have. I wasn’t making plays in tight. That’s my bread and butter, making good plays out of the corner to get us out of the defensive zone and into the offensive zone.”

Dumoulin and Letang are slated to play together against the Capitals in tonight’s showdown in Washington. They’ll likely get a heavy dose of Alex Ovechkin in what should be a very interesting matchup. 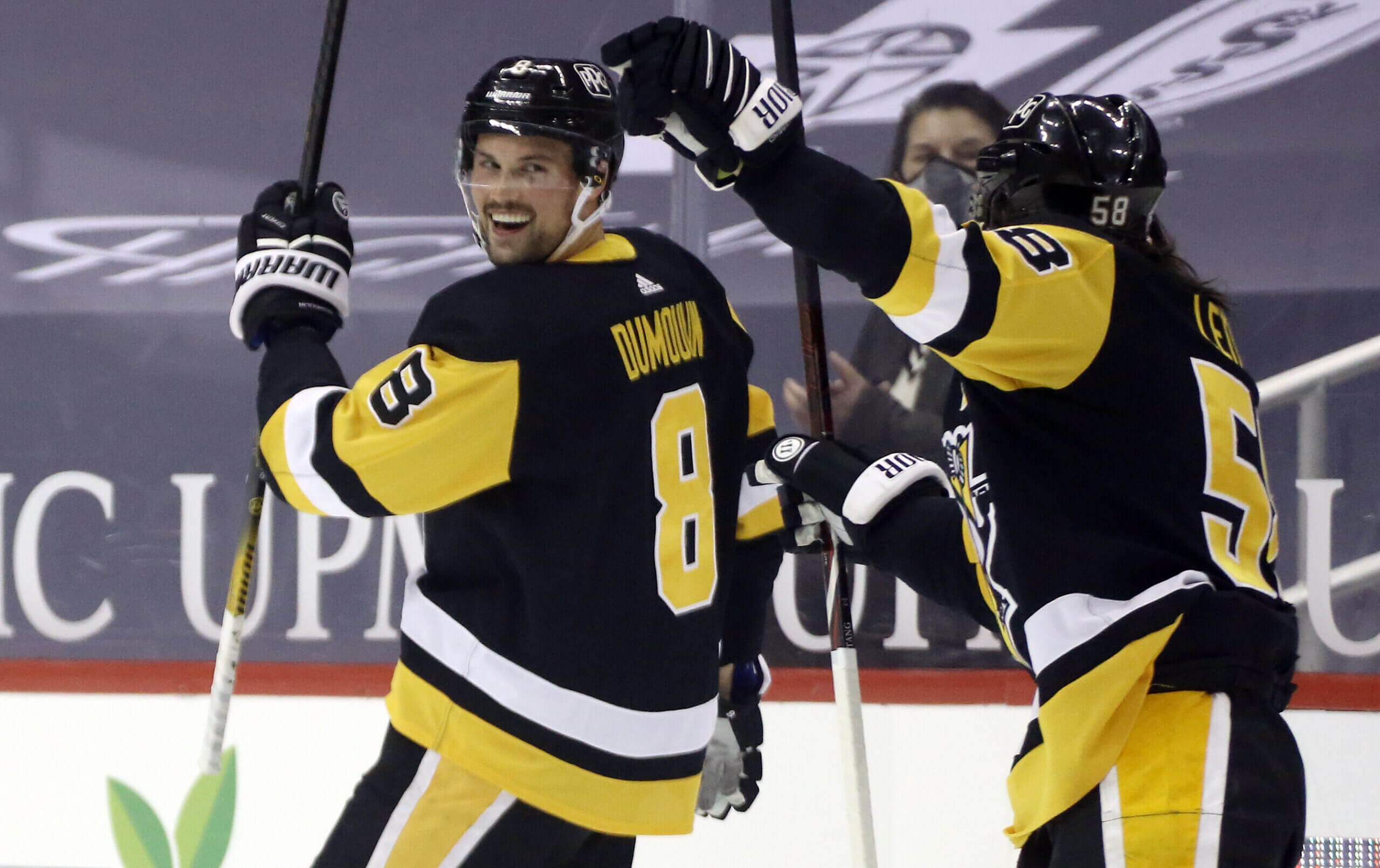 A high-ranking member of the Penguins front office recently told me, “Don’t ever think that Dumo doesn’t care. Trust me, he cares. He cares more than anyone. He’s just not playing great.”

Dumoulin realizes he hasn’t enjoyed a great season. It’s taken something of a toll on him.

How badly has it impacted his confidence?

“It happens,” he calmly explained. “I’ve seen it happen over time with everyone. People go through struggles. People have bad luck. I remember in the 2015-16 season, Sid (Sidney Crosby) had a slow start. If it can happen to him, it can happen to anyone. I just tell myself to keep growing and to keep believing in my game every single day. That’s just what I believe I have to do.”

Dumoulin, as noted earlier, is in the final season of his contract with the Penguins. Given their unpleasant salary cap situation, it seems unlikely the Penguins will be bringing him back next season. They’ve already got Marcus Pettersson, PO Joseph and Ty Smith on the left side moving forward. Dumoulin appears to be on a sharp decline and will be 32 in September. He almost certainly isn’t coming back.

Isn’t it on his mind? A little?

“Sometimes it creeps into your mind, sure,” he said. “But how I live my life, basically, I control what I can control. If I can’t control it, I don’t worry about it.”

Not even a little bit?

Nights like tonight surely get his attention a little more. Whether this is the final season of his Penguins career or not, someday, when Dumoulin looks back at his career, he’ll almost assuredly think back to the Penguins’ classic series against the Capitals in 2016, 2017 and 2018. Tonight, the Penguins take on the Capitals in Washington for the final time this season.

Won’t he even consider the fact that this could mark his final game in Washington in a Penguins sweater?

“You think about it sometimes,” he acknowledged. “And I love it here. I love this team, I’m just trying to love every day and live every day here. I’m thankful for it. You know, I just want to win.”

Dumoulin has helped the Penguins win plenty in his career. This season, however, has largely seen him look broken. Painfully broken.

In some ways, Dumoulin has become a microcosm of his team. Last summer was all about getting the band together, about pushing the setting sun back into the sky for one more glorious championship run.

Crosby remains great. Evgeni Malkin and Letang are back. Bryan Rust and Rickard Rakell, too.

And then there was the sight of Letang and Dumoulin back on the same pairing on Tuesday, the way things always were, the sentiment impossible to ignore.

The problem is, sentiment doesn’t win championships. The Penguins haven’t really looked like a Cup contender at any point this season. Sentiment won’t even beat the Capitals on Thursday. Playing good hockey is what wins, and Dumoulin looks so much like a shadow of his previous self, that the odds of this working appear to be minimal. But Todd Reirden put the band back together for one night and he’ll try it again in Washington.

One gets the undeniable feeling that this could be Dumoulin’s last chance to play with his old partner. The Penguins can’t afford to wait on him much longer.

“I think I’m getting better,” Dumoulin said. “I feel good about this.”