Trump declares himself winner at his golf tournament despite missing the first round: Report 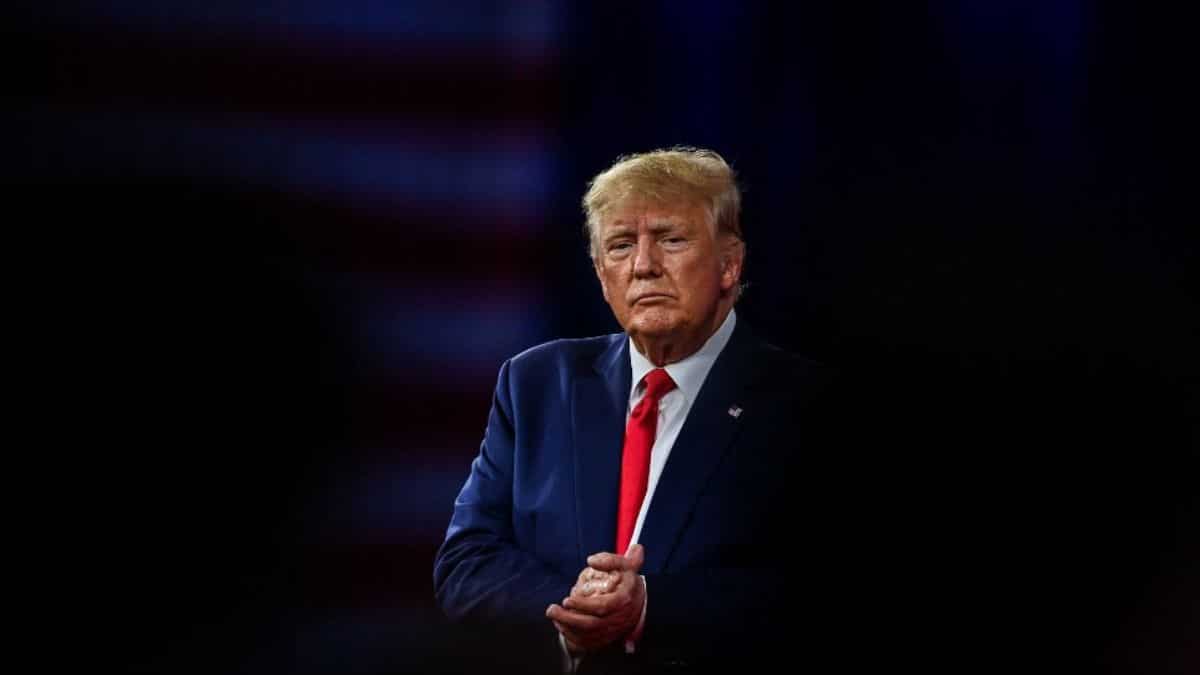 Former United States President Donald Trump announced that he won the Senior Club Championship at Trump International Golf Club, despite not playing the first round of the tournament. Trump missed the round on Saturday (January 21) as he was attending a funeral of an ardent supporter Lynnette Hardaway in North Carolina. Taking to his social media platform Truth on Monday, Trump said that it was a great honor to have won the championship, adding that he competed against many fine golfers, and was hitting the ball long and straight.

“A great honor to have won the Senior Club Championship at Trump International Golf Club, one of the best courses in the Country, in Palm Beach County, Florida. Competed against many fine golfers, and was hitting the ball long and straight. The reason that I announce this on fabulous TRUTH is that, in a very real way, it serves as a physical exam, only MUCH tougher. You need strength and stamina to WIN, & I have strength & stamina – most others don’t. You also need strength & stamina to GOVERN!” Trump wrote.

According to a report by the Daily Mail, Trump’s competitors were surprised when they showed up to the golf course on Sunday (January 22) only to find out that he claimed a five-point lead. The report said that the former president was claiming that an earlier round would count for his score instead of him having missed the first round of the tournament.

Trump told the tournament organizers that he played a strong round on the course Thursday (January 19), two days before the tournament started, and decided that would count as his Saturday score for the championship. The Daily Mail report also said that Thursday’s round gave him a score of 40 using the Modified Stableford method. While serving as president, Donald Trump was known for spending many weekends at his golf courses. At multiple points, he golfed more than former President Barack Obama did during his time in office, a report by Business Insider on Wednesday said.

In recent news, social media giant Meta announced that Trump’s Facebook and Instagram accounts would be reinstated, two years after he was banned over the Capitol Hill riot.

In a statement, Meta’s president of global affairs Nick Clegg said, “We will be reinstating Mr. Trump’s Facebook and Instagram accounts in the coming weeks.” Clegg added that the move would come with “new guardrails in place to deter repeat offences.” Clegg also pointed out that going forward, Trump could be suspended for up to two years for each violation of platform policies.

You can now write for wionews.com and be a part of the community. Share your stories and opinions with us here.