Titans moving up leaderboard in games missed due to injury 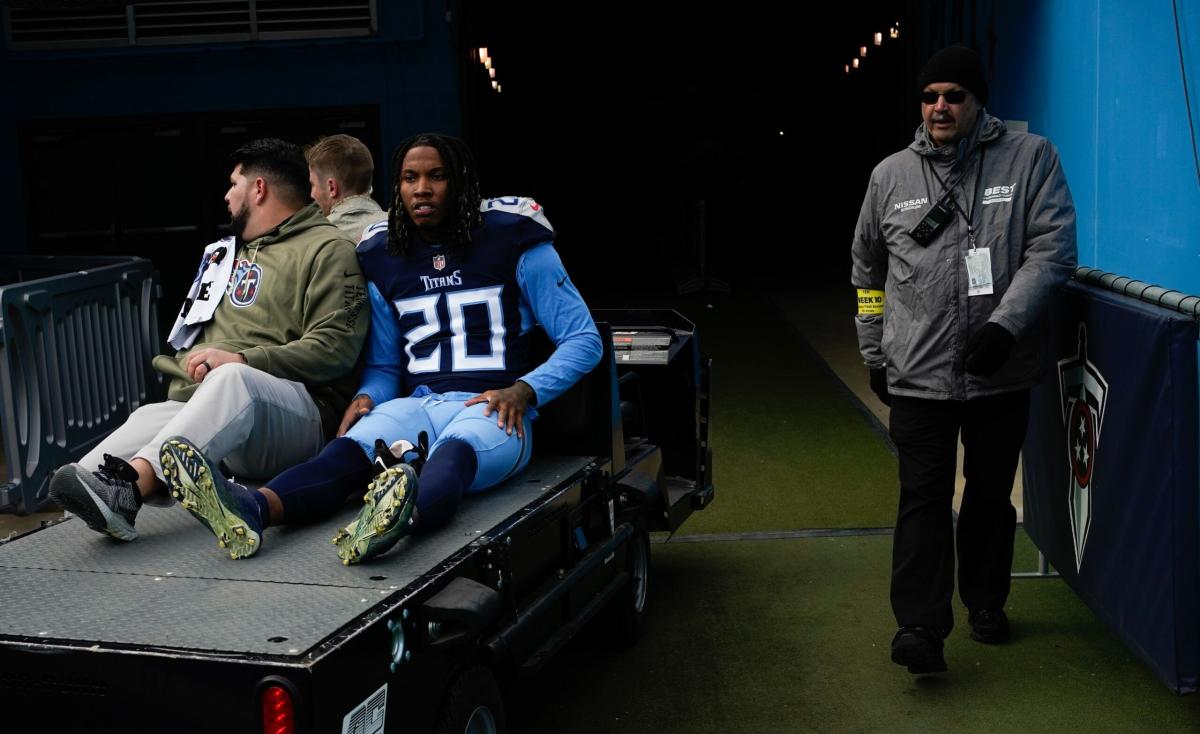 As if Tennessee Titans games weren’t stressful enough this season, fans also had to hold their breath on every snap, hoping another player won’t go down to an injury.

Tennessee is once again being ravaged by injuries in 2022, with the team fielding 73 players in total, just 18 shy of the NFL record 91 they fielded during the 2021 campaign.

Shockingly enough, that ridiculously high number isn’t even tops in the NFL. The Arizona Cardinals have managed to be even more cursed than Tennessee this season, fielding 76 players.

The Cardinals have played one more game, though.

Another statistic we’ve been monitoring this season is the amount of games that have been missed by players due to injuries. As you’d expect, the Titans are near the top of the NFL in that category, too.

According to Man Games Lost, the Titans have a total of 166 games missed by players due to injury, which is the second-most in the NFL behind only the New Orleans Saints (173).

Like the Cardinals, the Saints have played one more game than the Titans.

We took a look at this number earlier this month and the Titans have actually moved up the leaderboards since then. Tennessee ranked fourth going into Week 10.

Another interesting nugget we’ve gone over is the amount of players on the current roster who have appeared in every single game since 2021. That number was at four going into Week 11, with Denico Autry, Ben Jones, Kevin Byard and Morgan Cox being the lucky ones.

However, that number has now been cut down to three after Jones sat out last week, and it will likely be cut down to two by the end of this week, as Autry deals with a knee injury that looks set to sideline him at least once game.

It truly is astounding what the Titans have been able to do in the last season-plus despite their locker room doubling as an infirmary on a weekly basis.

Credit to head coach Mike Vrabel for not only keeping this ship afloat no matter how much water it takes on, but also for being able to thrive with everyone dropping like flies around him.

Ryan Tannehill, Titans’ offense has a chance to make a statement vs. Bengals

What Titans fans have to be thankful for in 2022