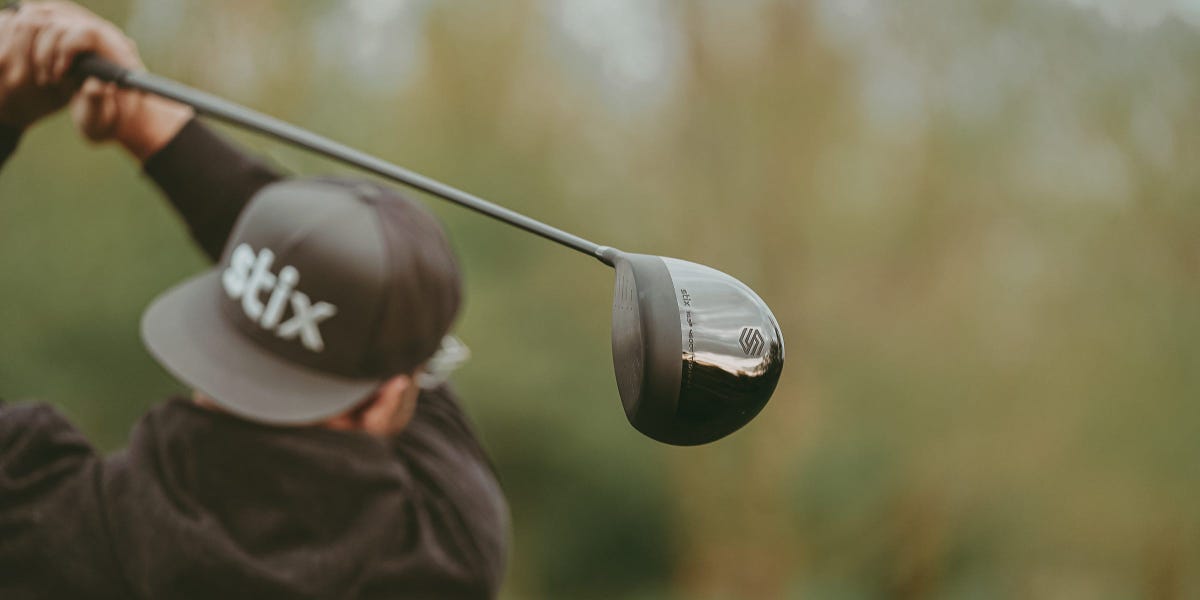 Gabe Coyne has always had a passion for bringing new ideas to life. For him, the best ones are those that address personal pain points.

Back in 2019, during a round of golf at a municipal course in Chicago, Coyne and his buddies experienced the pain point that sparked the idea for the startup Stix.

“We were all rocking 20-year-old gear,” Coyne told Insider.

He said that while he and his friends could afford new golf clubs, they couldn’t justify dropping thousands of dollars on professional-level equipment to play the sport recreationally. They were also frustrated by the tech jargon and confusing fitting requirements that went into buying a new golf set.

“What I want is somebody to make it easy for me, like, ‘Look, here’s something that’s beautiful, performs well — just buy it,'” Coyne said.

However, Coyne and his cofounders didn’t want to create another starter set for beginners. They wanted Stix to operate in the “middle” — between starter sets and pro-level clubs — as a golfer’s first or long overdue upgrade.

The founders saw that there were other industries that had brands that were successful in creating high-quality products at affordable prices. These were the likes of Harry’s for shaving, Allbirds for shoes, and Casper for mattresses. They positioned Stix similarly in the golf industry — one that’s notorious for high costs as a barrier to enter the sport.

“The point is to disrupt what is historically an elitist exclusive culture and make it available to everyone,” Coyne said.

A 14-club set of Stix retails at $999 on its website, and a set of nine clubs costs $699. While there are golf sets by known brands that operate within this price range, professional-level sets can cost more than $3,000, with drivers alone costing more than a full Stix set.

Former professional golfer turned YouTuber Rick Shiels said in a video that there are secondhand golf sets that provide superior performance at a cheaper cost, but called Stix “the best pound-for-pound golf clubs you can buy that are brand new.”

Beyond affordability, Coyne also said Stix accommodates all player types, regardless of age or gender.

“If [a woman] went shopping for golf clubs, it’s usually a condescending situation,” Coyne said. “They’re like, ‘Oh, you’re a lady? There’s one box in the back of the store for you, and it’s pink.'”

Stix sets are the same for all players, differing only in the shaft flex and length of the clubs which golfers can alter depending on what works best for them. They also have descriptions on the site to make it simple to understand how to make a purchase.

The startup closed in May a $10 million Series A funding round with investments from Verance Capital, 2.0 Ventures, and Spacestation Investments. Coyne said his team raised about $4 million prior to this latest funding round, from family members of the cofounders, his venture firm Prota Ventures, and a few angel investors, among others.

Coyne said he spent about six months pitching more than 50 investors and found that many of them were more interested in “consumer enablement” — or the tech that drives brands — than consumer products. He said he eventually found the “right fit,” but in the future, he plans to be more targeted when choosing investors to pitch his idea.