The Angels have been MLB’s busiest team so far this offseason, but here are four more things they need to do 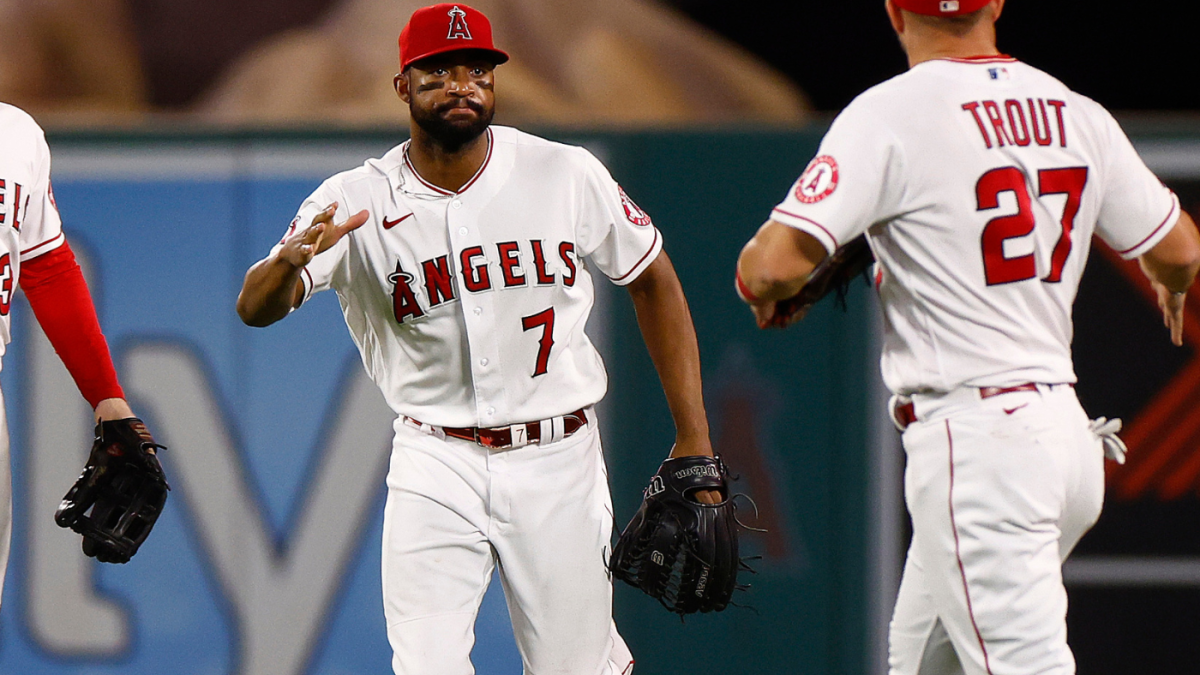 Two weeks and three days into the 2022-23 offseason, no team has been more active than the Los Angeles Angels. The Halos went 73-89 this past season and have baseball’s longest postseason drought, and Shohei Ohtani is a year away from free agency. The club has been busy this winter as they look to end that postseason drought in 2023, and convince Ohtani to re-sign long-term.

Here are the Angels’ notable offseason moves to date:

“I’d like to thank ownership for allowing me to pursue this,” GM Perry Minasian told MLB.com after the Renfroe trade. “We’ve been really active and it’s not even Thanksgiving yet. We addressed the rotation early, were able to address the infield. It’s been a crazy 10-12 days, but now we are able to address the outfield with a quality guy, so we’re really excited.”

The Angels have shown us Ohtani and Mike Trout can’t do it alone. Those two need help and the Angels are still looking up at the World Series champion Houston Astros and Seattle Mariners in the AL West. Minasian & Co. have done solid work in the early days of the offseason. There’s still more work to be done though. Here’s what’s left on Minasian’s to-do list.

The Angels have a sneaky-great rotation with upside. Ohtani is a bonafide ace, and while I would bet against Anderson throwing 178 2/3 innings with a 2.57 ERA again, his improved changeup is a reason to believe he will continue to be better than average. Patrick Sandoval might be the best pitcher no one talks about. José Suarez and Reid Detmers showed promise in 2022.

The sixth spot — the Angels use a six-man rotation because of Ohtani — is a little unsettled. Lefty Tucker Davidson came over in the Raisel Iglesias trade last year and got a look down the stretch, but didn’t impress. Jaime Barría seems to have found a home in the bullpen. Anaheim’s rotation depth chart looks something like this:

The top three is strong and, at minimum, Suarez and Detmers did enough in 2022 to earn longer looks in 2023. Things get a bit dicey after that. Davidson figures to be on the MLB roster one way or another. Next man up after that is either Silseth, who got hit hard in his cameo last year and hasn’t pitched in Triple-A yet, or Canning or Rodriguez coming off major injuries. It’s not great.

While shopping at the top of the market (Jacob deGrom? Carlos Rodón? Justin Verlander?) would be the preferred way to go, I would bet against the Angels doing that. They already have two huge-dollar contracts on the books (Trout and Anthony Rendon) and I assume they will exhaust extension possibilities with Ohtani before giving out a third.

Fortunately there are plenty of veteran free agents who could be had on affordable one-year contracts. Johnny Cueto, for example, turned in 158 1/3 above-average innings for the Chicago White Sox in 2022. He turns 37 in February and has over 2,000 innings on his arm. Cueto’s exactly the kind of veteran who would benefit from a six-man rotation, and come relatively cheap.

The ageless Rich Hill has indicated he wants to continue pitching. Corey Kluber will turn 37 shortly after Opening Day and is in the same boat as Cueto. Does it make sense to roll the dice on someone like Mike Clevinger, who’s pitched at an ace-level in spurts in the past? Point is, you can never have enough pitching, and affordable veterans are available to upgrade that No. 6 rotation spot.

In a way, the Angels can plausibly say they have three shortstops. Four if you count the all-glove/no-bat Andrew Velazquez. In another, more accurate way, the Angels don’t really have a shortstop. Assuming the top of the free agent market (Xander Bogaerts, Carlos Correa, Dansby Swanson, Trea Turner) is not an option, how do you address shortstop without completely blocking Fletcher, Rengifo, or Urshela?

A player I would ask about: Jorge Mateo. Mateo offers 10-15 homer power and 30-steal ability, and rates as an elite defender. He will also swing and miss a bunch and occasionally give away at-bats, but the good parts of Mateo are so good. He can change the game with one swing, steal an important bag, and save runs in the field. Mateo also has outfield experience, so he could move into a super utility role should one of the incumbent shortstop candidates force his way into the lineup.

Mateo figures to be expendable for the Baltimore Orioles because top prospect Gunnar Henderson is ready to assume an everyday role in 2023, and also because infield prospects Coby Mayo, Connor Norby, and Jordan Westburg are all knocking on the door in Triple-A. Shortstop is a position of depth for the O’s. If you can stomach the whiffs, Mateo makes sense for the Angels.

Minasian has to at least explore the shortstop market this offseason. His in-house shortstop candidates aren’t great and going from 73 wins in 2022 to a postseason spot in 2023 will require upgrades all around the diamond. Renfroe and Urshela are a good start on the position player side. Finding a legitimate shortstop would go a long way next season as well.

The Angels spent a lot of money on the bullpen last offseason: $58 million for Iglesias, $17 million for Aaron Loup, and $14 million for Ryan Tepera. Iglesias and the $51 million or so remaining on his contract were salary dumped on the Atlanta Braves at the trade deadline. Loup and Tepera remain. Here is the Halos’ bullpen at the moment:

Manager Phil Nevin, who replaced Joe Maddon on an interim basis in June and was given the job on a permanent basis in October, was rather adept at mixing and matching his relievers last year. Herget led the team in saves after the Iglesias trade but wasn’t used as a traditional closer. He faced the other team’s best hitters no matter the inning, occasionally entering as early as the sixth.

Nevin’s smart reliever usage aside, there is clearly room for improvement in that bullpen. Veteran David Robertson, who knows Nevin from their time with the Yankees, would be a sensible target. The soon-to-be 38-year-old will come on a low-cost one-year deal. What about Craig Kimbrel as a bounce-back candidate? Others like Michael Fulmer and Matt Moore would add depth too.

The Angels don’t have to spend as much money to improve the bullpen as they did last offseason. They can do it with lower cost one-year contracts, and the one-year term is preferable because of that Angels are for sale, and the fewer long-term contracts on the books, the more appealing the team will be to potential buyers. (It’s probably not a coincidence Renfroe and Urshela are a year away from free agency.)

Point is, there’s room to add to that bullpen. A few smart, lower-risk additions like Fulmer and Robertson would push guys like Ortega and Wantz down the depth chart a bit, so rather than being Plan A on Opening Day, they’re Plan B and C when injuries inevitably strike. The Angels parted with two MLB-ready reliever types (Janson Junk and Elvis Peguero) to get Renfroe. They have to replenish that depth, if nothing else.

4. Figure out the plan with Adell

Actually, it seems like the Angels may have already done this. The Renfroe trade pushes erstwhile top prospect Jo Adell out of the starting lineup and likely back to Triple-A, assuming former No. 1 overall pick Mickey Moniak and his needed lefty bat gets the fourth outfielder’s job. Trout will be flanked by Renfroe and Taylor Ward, with Moniak on the bench. That puts Adell back in Triple-A.

“I think we have a lot of young players on the roster, a lot of young players on the 40-man, that haven’t necessarily established themselves at the big league level,” Minasian told The Athletic when asked about Adell’s role following the Renfroe trade. “It’s one of those things — over the course of the offseason, we get to spring training — things have a way of working themselves out. What it looks like now might not be what it looks like two months from now. But the one thing about Jo and the rest of our kids, I think what they went through last year is going to help them develop.”

Minasian is right, these things do have a way of working themselves out. One pulled a hamstring in spring training and Adell’s back in the big leagues. It does feel like the soon-to-be 24-year-old is entering a make-or-break year though. He’s always hit in Triple-A and he’s always struggled in MLB, with alarming swing-and-miss and chase tendencies. It’s smart not to count on Adell with his career .260 on-base percentage and 34.8 percent strikeout rate at the MLB level, but is more Triple-A time really going to help?

The best solution might be a change-of-scenery trade. Adell for a young pitcher who is having trouble establishing himself with another organization, that kind of thing. The Miami Marlins have pitching in spades (Edward Cabrera? Braxton Garrett?). Maybe they’re a match. Or the Detroit Tigers (Alex Faedo? Joey Wentz?). Despite his MLB struggles, I have no doubt there are teams that would be willing to roll the dice on Adell’s talent. Trading him is easy. The hard part is what do the Angels do if they keep him?

The Anderson signing and Renfroe and Urshela trades are a good start to the offseason for the Angels, but they can’t be the offseason. Even with the 12-team postseason field, this team has to make up a lot of ground to contend in 2023, and Minasian and his staff have to do it in a way that doesn’t interfere with the franchise’s sale (ie not taken on substantial future salary obligations). Rendon and Trout must stay healthy for the Angels to have their best shot at contention in 2023. That’s a given. The roster around them still needs work to have a real shot at ending the postseason drought next year.