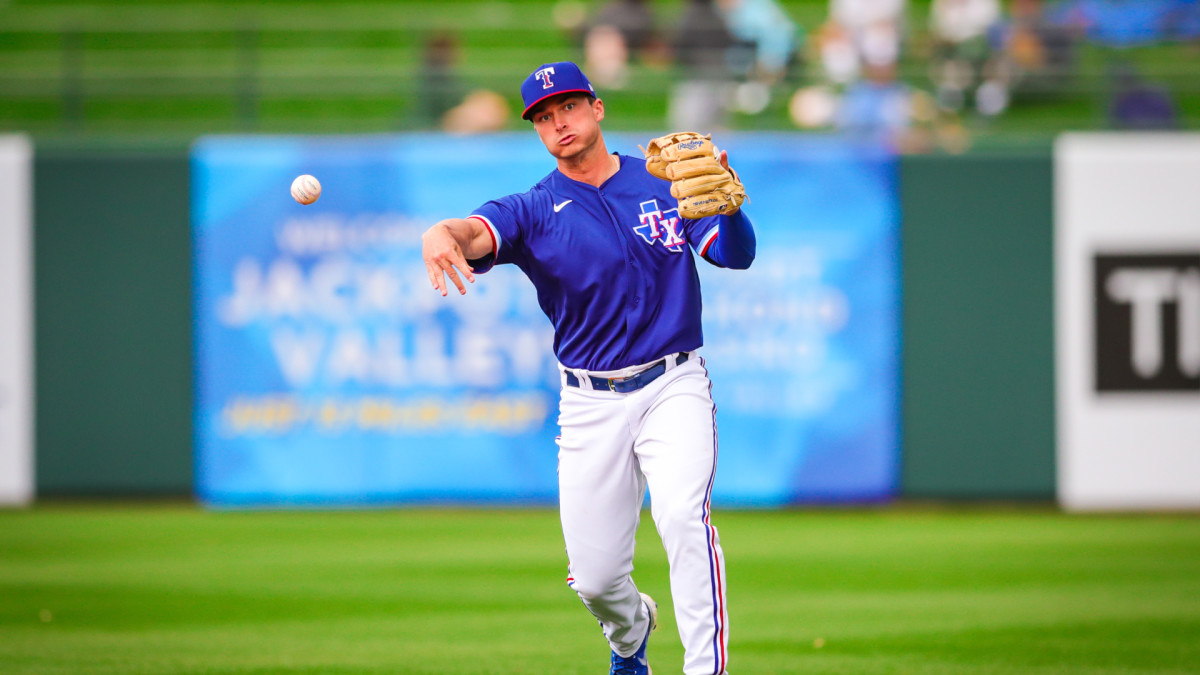 The Texas Rangers have one of the best second base prospects in all of baseball, according to MLB.com.

The site, which is unveiling its Top 10 prospects at each position, named Rangers prospect Justin Foscue No. 4 overall. He was behind the Pittsburgh Pirates’ Termarr Johnson, the Los Angeles Dodgers’ Michael Busch and the Detroit Tigers’ Jace Jung, the younger brother of Rangers third baseman Josh Jung.

MLB.com also has Foscue as the Rangers’ No. 5 overall prospect.

He played most of his games at second base (76), but also played third base (12 games).

Foscue was the Rangers’ first-round pick in 2020 at No. 14 overall. The Rangers paid him a $3.25 million signing bonus and a rib cage injury limited his 2021 season, his first in professional baseball.

It’s unclear where Foscue fits in the organization’s long-term plans, as Marcus Semien is the starting second baseman and he is in the second year of a seven-year contract paying him $175 million.

Pitchers and catchers report for Spring Training to the team’s facility in Surprise, Ariz., on Feb. 15, with position players to follow by Feb. 20.

The Spring Training game schedule starts on Feb. 24 with a game against Kansas City at the Surprise complex shared with the Royals.

The Rangers wrap up their exhibition season with a pair of games at Globe Life Field against the Royals on March 27 and 28. The Rangers open up the regular season at home against Philadelphia on March 30.

Need to catch up on the Rangers? Check out our Texas Rangers Offseason Central Page!