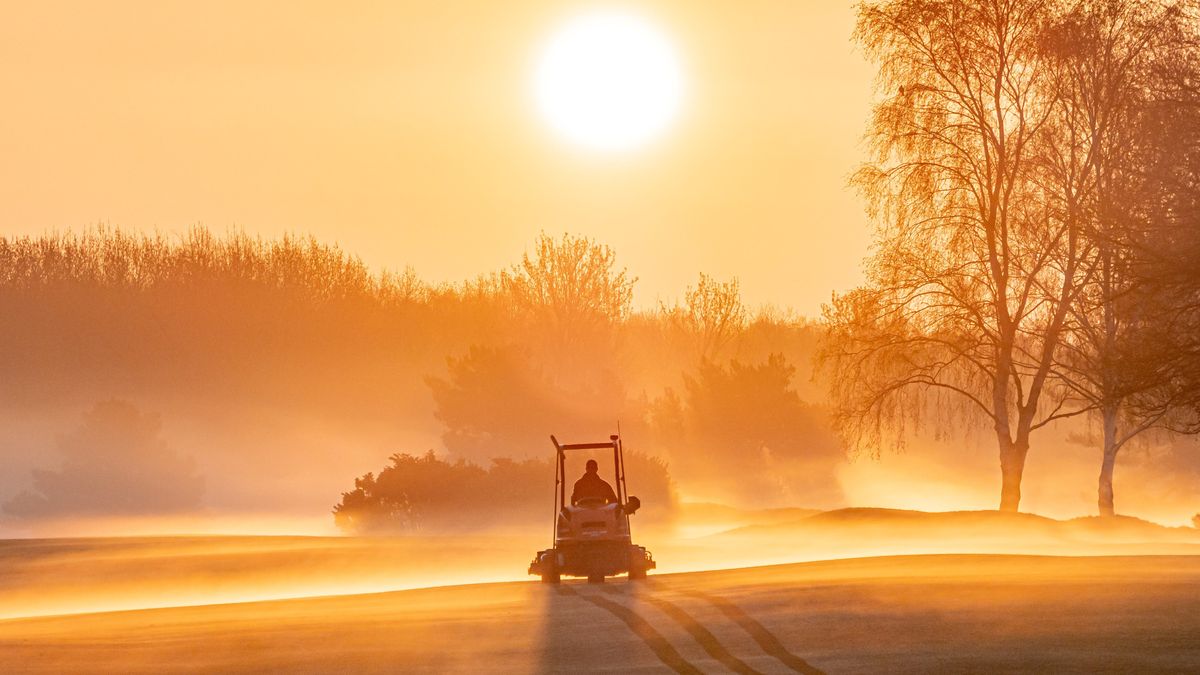 The British & International Golf Greenkeepers Association (BIGGA) have announced that a greenkeeper heading down the 2nd hole at Ipswich Golf Club on a misty morning as the overall winner in the Annual Photographic Competition 2022 which is sponsored by Syngenta.

The image was captured by Ipswich greenkeeper and BIGGA member Joe Simpson, and it was the unanimous choice among the competition judges, while it also received the most likes when the competition was put to a public vote across BIGGA’s social media accounts.

The annual competition is a celebration of the wonderful golfing landscape, and the role greenkeepers play in shaping it for golfers and the wider public to enjoy. There were also a total of 12 images chosen for the annual BIGGA calendar, with a nine-hole course on the north coast of Scotland along with Royal Liverpool – next year’s Open Championship venue – represented.

Simpson received an Insta360 Ultra HD action camera worth £429.99, while also being presented with a framed image of his photograph at BTME 2023, the greenkeeping community’s annual gathering in January, for winning the overall competition.

Simpson is now a two-time winner of the award, previously winning in 2020 and expressed his shock at winning again, saying: “I’m really surprised to have won as I thought the quality of all the photographs that got shortlisted was fantastic with some really strong contenders.

“I think it’s a fantastic competition and I love entering and try to encourage others to enter as well. Greenkeepers are really lucky because we’re up in the early hours and get to see some fantastic sights and this competition is an opportunity to share them.”

All 12 images can be viewed on the BIGGA website.

Check out the Golf Monthly website for all the latest news, reviews and the best Black Friday golf deals as we approach Christmas.