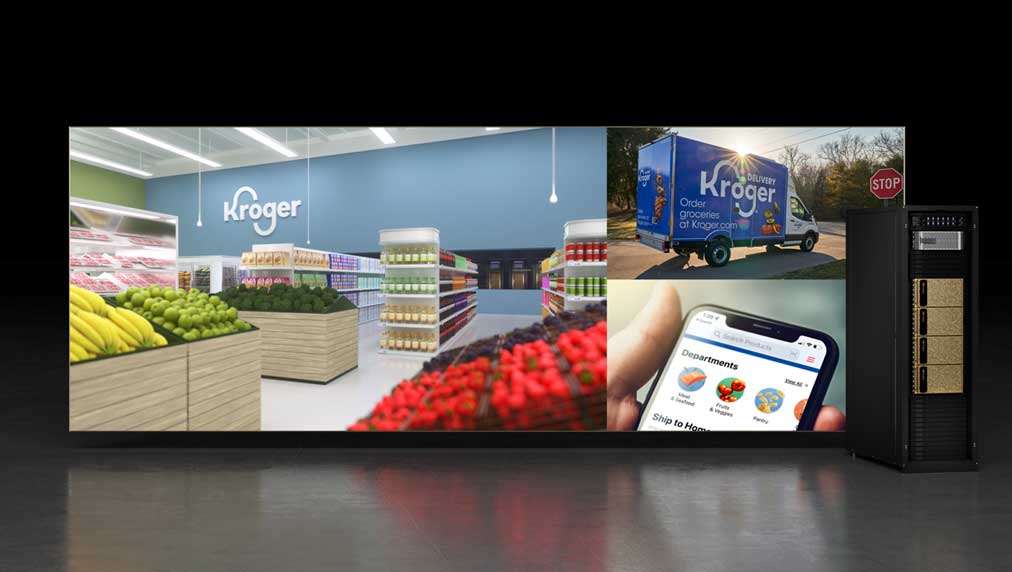 Volume rose on both the Nasdaq and the NYSE vs. the same time on Friday.

The Dow Jones index cleared its 50-day moving average on Monday, after falling below it last week.

The S&P 500 decisively cleared resistance at its 200-day moving average. On Friday, the Nasdaq cleared its 50-day line.

The Index of Leading Economic Indicators fell 1% month-over-month in December. The Econoday consensus was a drop of 0.7%.

On Tuesday, the PMI composite flash report and the S&P Case Shiller home prices index are on watch. Thursday, durable goods, GDP and new home sales will give some idea on the economy’s health.

The Federal Reserve has entered a blackout period for public comments until the Feb. 1 rate decision, when a 25 basis point hike is widely expected.

Shares of Nvidia popped another 6% Monday, extending a recent rally above the 50- and 200-day moving averages. NVDA stock has surged nearly 30% so far in 2023, one of the Nasdaq 100’s top performers.

NVDA stock has formed a cup base within a larger consolidation. Today it passed its buy point of 188. The chip stock crashed in 2022 and remains more than 38% below its 52-week high. However, Nvidia stock is well off October 2022 lows.

Salesforce (CRM) stock is up more than 3% after news that Elliott Investment has taken a large stake in the Dow Jones component. In October, activist investor Starboard Value also took a significant stake in the software giant.

Baker Hughes (BKR) fell 0.3% after reporting earnings that missed Wall Street analyst estimates for both earnings and sales. The oil drilling company posted revenue of $5.9 billion on earnings of 38 cents per share in its fourth quarter.

Per the terms of the deal, shareholders of Pittsburgh-based water treatment company Evoqua will receive 0.48 XYL stock for each AQUA stock they own. That works out to $52.89 per share with a 29% premium based on Friday’s closing prices.

The Innovator IBD 50 ETF (FFTY) was hurt by CPRX’s drop but nevertheless gained 0.8%, helped higher by chip and oil stocks.

Dow Jones tech giants Microsoft (MSFT) and Apple (AAPL) both gained, up 1.7% and 3%, respectively. Earnings are due from Microsoft on Tuesday. Google parents Alphabet (GOOGL) gained another 2%, adding to its 5% gain on Friday after news of a 6% labor cut. GOOGL remained above its 50-day line.

PayPal (PYPL) gained 0.3% in spite of news that JPMorgan Chase (JPM), Bank of America (BAC) and Wells Fargo (WFC) are planning a digital wallet that will compete with PayPal and Apple Pay.

Catch The Next Big Winner With MarketSmith

Is It Time To Sell GLD Stock As Gold Miners Surge?

Get Full Access To IBD Stock Lists And Ratings

Is XOM A Buy Now After Q3 Earnings?