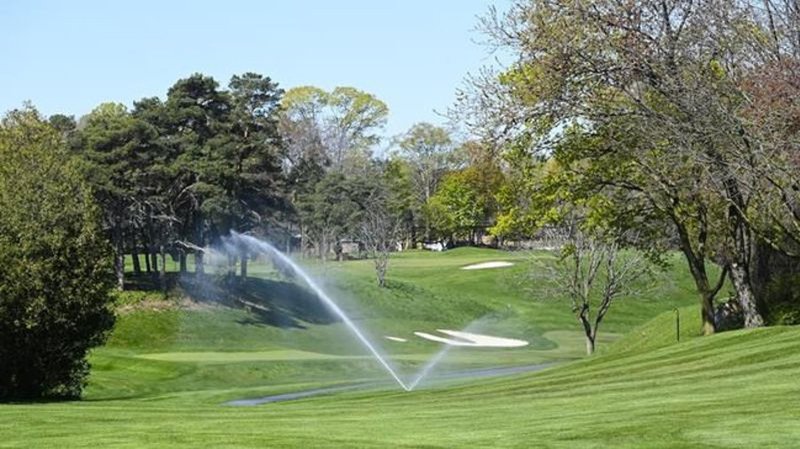 “We saw rounds going up year-over-year, where I think the majority of governing bodies and associations were expecting rounds to be down but rounds were actually up.”

Lightspeed works with more than 800 golf courses in the US and over 500 in Canada.

“I think when you look at some of the golfer retention numbers in terms of what they favor, the reason for coming back to golf, overall experience is leading there,” said Hope.

He added clubs have been improving other parts of their business beyond the course, with more attention paid to the retail and dining experiences.

Not every province saw growth, however.

Canada’s Maritime provinces saw a 7.4 per cent decrease in rounds played between 2021 and 2022. Hope said that drop may have been due to extreme weather in the region, as New York, Connecticut and other markets on the East Coast also saw a dip in play .

“Weather is one of those variables that we really can’t control,” said Hope. “Now obviously, (Hurricane Fiona) hit the Maritimes towards the latter part of the golf season, which actually impacted the data even more but what we’re referencing here is pre-hurricane data in the Maritimes.

“Even without the hurricane data, we still noticed that rounds were down roughly about seven per cent.”

Conversely, BC’s numbers may have risen sharply in 2022 because widespread wildfires in the Pacific Northwest the previous year could have kept golfers off the course.

Lightspeed’s report also found that July 25-31 was the busiest week of the year, followed closely by June 27-July 4.

Courses also saw the average golfer spend 4.2 per cent more overall, with notable increases in the pro shop (4.99%) and on food and beverages (10.3%). However, the average increase was still lower than the average consumer price index increase in both Canada and the United States, as worldwide economies grapple with inflation.

Although the number of recreational golf rounds played increased, most duffers still aren’t signing up for a club membership. Lightspeed found that 94 per cent of North American golfers preferred playing at public or semi-private courses and 76 per cent liked paying daily green fees, compared to 18 per cent using passes or subscriptions and 14 per cent having full-time memberships at courses.

PGA TOUR — The Farmers Insurance Open teed off on Wednesday at Torrey Pines in San Diego, Calif., with four Canadians in the field. Adam Svensson of Surrey, BC, currently 11th on the FedEx Cup standings leads the Canuck contingent, followed by No. 51 Adam Hadwin of Abbotsford, BC, No. 135 Taylor Pendrith of Richmond Hill, Ont., and No. 192 Michael Gligic of Burlington, Ont.

KORN FERRY TOUR — Ben Silverman of Thornhill, Ont., won for the second time on the Korn Ferry Tour on Wednesday. He beat Cody Blick of the United States in a playoff at The Bahamas Great Abaco Classic.

DP WORLD TOUR — Aaron Cockerill of Stony Mountain, Man., is in the field at the Hero Dubai Desert Classic. The only Canadian on the DP World Tour will be up against stiffer competition than usual with world No. 1 Rory McIlroy also in the competition.

This report by The Canadian Press was first published Jan. 25, 2023.