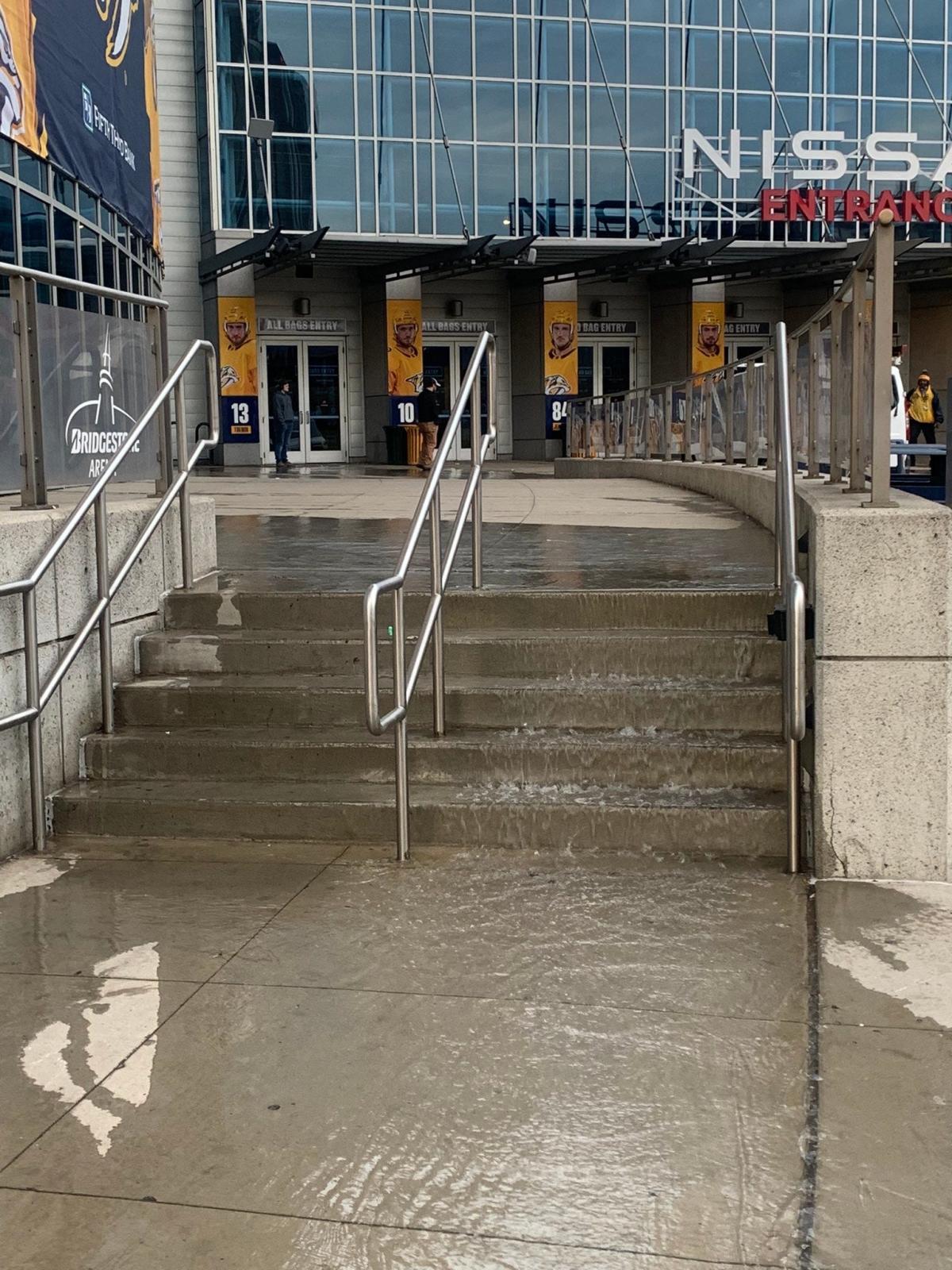 The game was slated to begin at 1 pm A makeup date will be determined soon, according to a tweet from the NHL. The event level of the arena was “significantly impacted” by the flooding. Bystanders spotted flooding inside the arena as water rushed down the stairs outside around 7 am Friday.

“Tickets for the rescheduled game date will be valid once the new date is announced,” the Predators said on Twitter.

The water main break happened on 6th Avenue South just outside the arena and sent water flooding into the main concourse and event level, Nashville Predators Chief Marketing Officer Bill Wickett told The Tennessean. “The water main got shut off, but I think it ran for about two hours,” Wickett said.

Wickett said the water was receding inside the building and cleanup efforts were underway. A decision is still pending about Saturday’s game between the Predators and the Columbus Blue Jackets, according to the NHL.

All lighting systems appeared to be functioning Friday morning, Predators CEO Sean Henry said in a news briefing. Water flowed from the concourse into the event level. Electricity and water were shut off as crews worked. Henry said anywhere between a few inches to three feet of water gathered in different parts of the arena.

OBITUARY: Hockey Hall of Famer Borje Salming, who opened doors for Europeans in the NHL, dies at 71

Henry said they are working to get things dried out and taking down damaged tiles, walls and ceiling panels before calculating repair costs.

“The focus for us right now is assessing the building and getting it ready for events as fast as possible,” Henry said.

The Music City Hockey Classic, a college hockey event set for Friday night, will either be postponed, canceled or moved to Ford Ice Center Bellevue but that a decision has yet to be made.