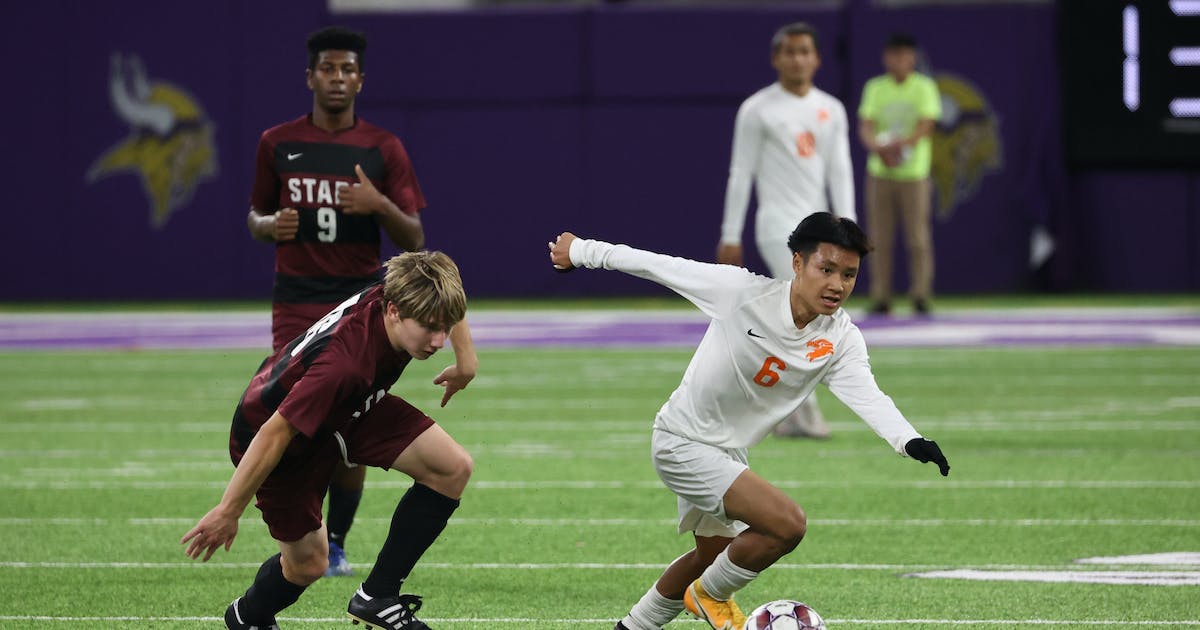 The soccer teams from two St. Paul high schools, Washington and Harding, will play a boys-girls doubleheader Oct. 7 at Allianz Field. The game comes with a name — the Saint Paul Cup — and a promise that it will be played annually.

The Saint Paul Cup will feature teams from different St. Paul schools every year and will be played at Allianz Field.

This year the boys’ match will start at 5:30 pm, the girls’ at 7:30 pm Gates will open at 4:30 pm, and admission is free. Tickets must be claimed through SeatGeek, an online ticketing service.

The event spins off the Mayor’s Cup, an annual doubleheader since 2016 pitting the teams from St. Paul Como Park and St. Paul Humboldt. The 2021 game was played in Allianz Field, the first time it was not played on one of the schools’ fields.

“The original idea was to extend our support of the Mayor’s Cup, but the athletic directors at the high schools wanted all St. Paul Public high school soccer programs to have access to experience playing in a world-class stadium in their own back yard, proving once again, the best ideas come from listening and collaborating,” said Katie Mattis Sarver, community development officer for Bell Bank, presenting sponsor of the Saint Paul Cup. “There’s nothing like the atmosphere of high school sports, and we are grateful for the collective groups to come together to create lifelong memories for the players and the fans.”

Minnesota United CEO Shari Ballard said inviting high school teams to play in the home of Minnesota United of the Major Soccer League falls nicely in line with the team’s mission to “promote soccer, the world’s game, and through it inspire and unite the community.”

“Last year the Mayor’s Cup was an amazing event for our community,” Ballard said. “The student athletes who participated and the thousands of fans who cheered them on created an unforgettable night of soccer.”

The teams from Washington and Harding received their invitations by surprise when two members of the team, goalkeeper and St. Paul native Fred Emmings and defender and Maplewood native Devin Padelford, showed up at a game Tuesday. The moment was videotaped.

“This game will be a once-in-a-lifetime experience for the student athletes, coaches and families from Washington Technology Magnet School and Harding High School,” St. Paul Public Schools Superintendent Joe Gothard said. “Participation in athletics opens so many doors for our young people, and we know this opportunity will be one that these hard-working students will never forget.”