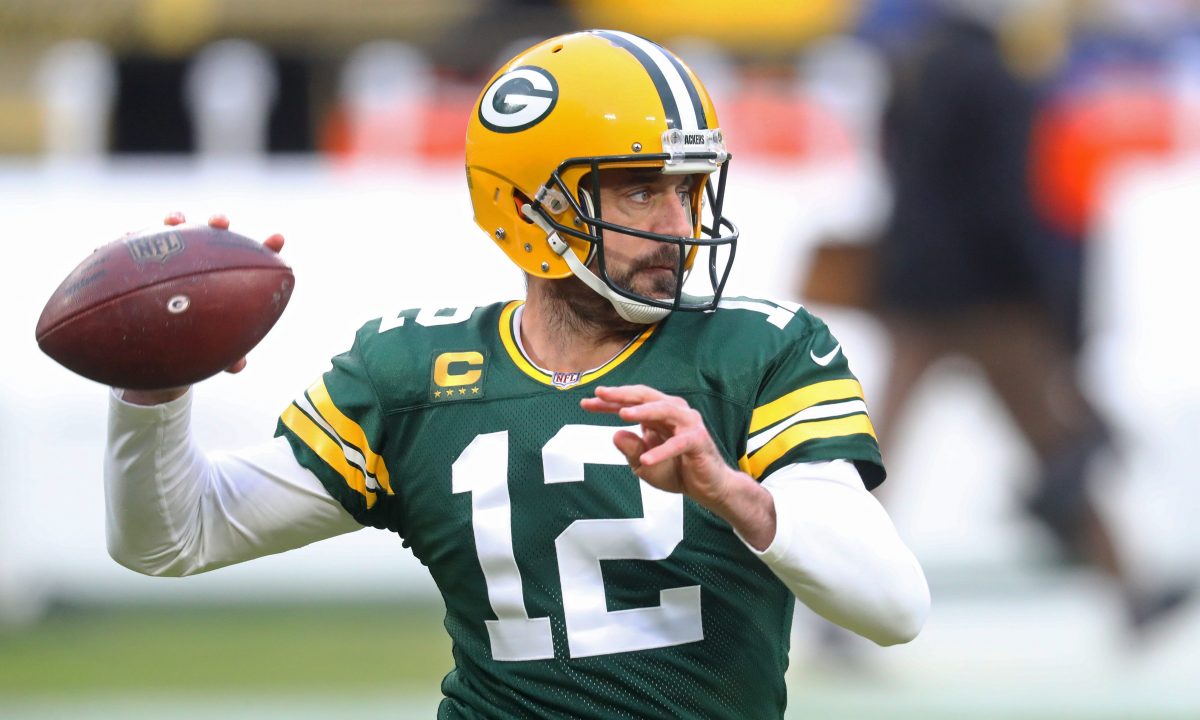 The New York Jets will be going after a veteran quarterback this offseason and know they’ll have to spend some good money to land such a quarterback. Jets owner Woody Johnson has already said he is open to general manager Joe Douglas going out and spending whatever it would take to upgrade the position.

The speculation is already running rampant that the Jets are going to be after Packers quarterback Aaron Rodgers via trade. With that scenario, not only would the Jets be spending big money on their quarterback, but they would also be spending big on draft capital.

In his Football Morning in America column this week, Peter King of NBC Sports believes the Packers would want at least two first-round picks in a trade for Rodgers. “The Woody Johnson Jets, desperate for a star QB almost since the Broadway Joe days, would happily pay that freight, I’d guess,” King said.

Should the Jets happen to land Rodgers, he would be owed almost $60 million in 2023. However, as Over the Cap points out, a team could take $58.3 million of the $59.465 million and turn it into an option bonus and spread it out over four years while paying a base salary of $1.165 million.

As a reminder, Zach Wilson is set to count almost $9.6 million against the cap in 2023. So there’s a chance the Jets could have Rodgers and for just $6 million more against the cap than Wilson.

What could also help the Jets’ case as well is the fact that they play in the AFC. ESPN’s Adam Schefter said on Sportscenter that, while a trade isn’t guaranteed to happen, if it does, he believes the Packers would trade Rodgers to an AFC team. That makes sense since Green Bay wouldn’t want to trade him to a team that would cause their own playoff and Super Bowl chances to be diminished. Sending him to the AFC would mitigate those effects.

Will the Packers actually trade Rodgers? Does Rodgers want to stay in Green Bay? Does he want to play for the Jets? This offseason is going to be full of questions surrounding the quarterback position. As Peter King wrote, “We shall see.”