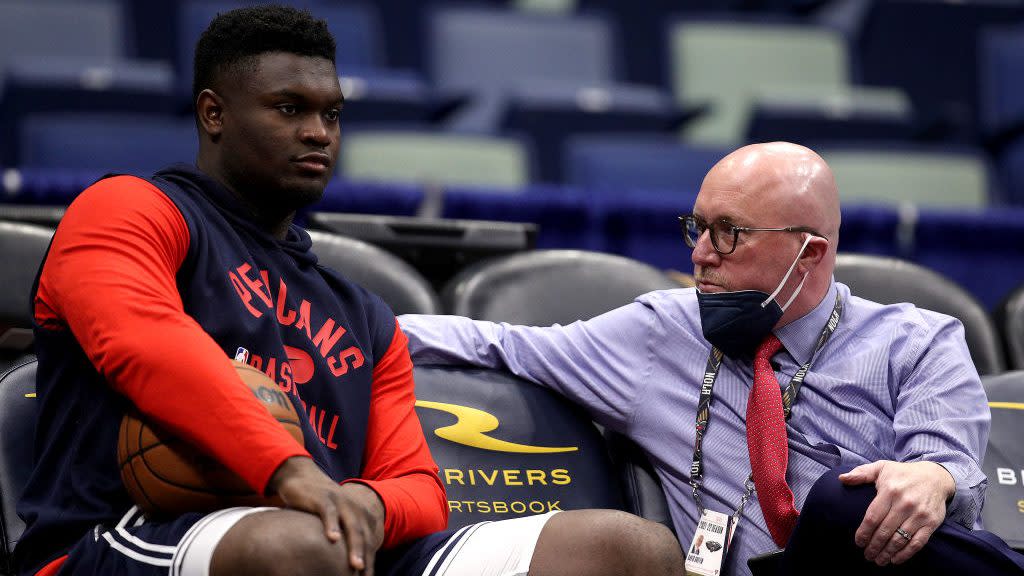 Asked whether he’d sign a contract extension if the Pelicans offer this offseason, Zion Williamson said, “Of course, I could not sign it fast enough.”

“Obviously, that conversation is going to be one that will be a challenge,” Griffin said. “When it’s time to have that, we’ll have it. And right now what we’re focused on is him being healthy, and (being in) kind of elite condition to play basketball and we’ll start there. ”

It does not sound like New Orleans will just offer Williamson a fully guaranteed max extension (which projects to be worth $ 182 million- $ 195 million over five years – more if Williamson makes an All-NBA team next season).

As excellent as Williamson has been while on the court, he has missed 141 games in three years, including this entire season. His professionalism has been subpar. He’s not always the best teammate.

The Pelicans could seek injury protections in the deal. Even if he could’ve returned this year, Williamson’s injury history, body type and style of play leave him looking prone to future health issues.

Another issue to negotiate: What happens if Williamson makes an All-NBA team next season? Whether Williamson qualifies for a super-max deal will hinge entirely on next season. An All-NBA selection next season would allow Williamson’s max extension to land in the projected $ 218 million- $ 234 million range, though the exact percentage of salary cap he’d earn is subject to agreement between the team and player. Williamson has already proven to be capable of making an All-NBA team when healthy. But there’s substantial risk in tying five future years of salary to a single season of performance by an injury-prone player. Williamson excelling next season would not make him a safe bet to stay healthy the next half decade.

Most importantly, Griffin surely wants Williamson to commit long-term to New Orleans. As much as Williamson denies them, there are persistent rumors about him leaving. This is the trickiest area, though. An extension would not render Williamson ineligible to be traded. He could always gain the financial security of an extension then push for a trade later. There can be no firm assurances. It comes down to trust.

Which is why negotiations between Griffin and Williamson will be a challenge.

More on the Pelicans