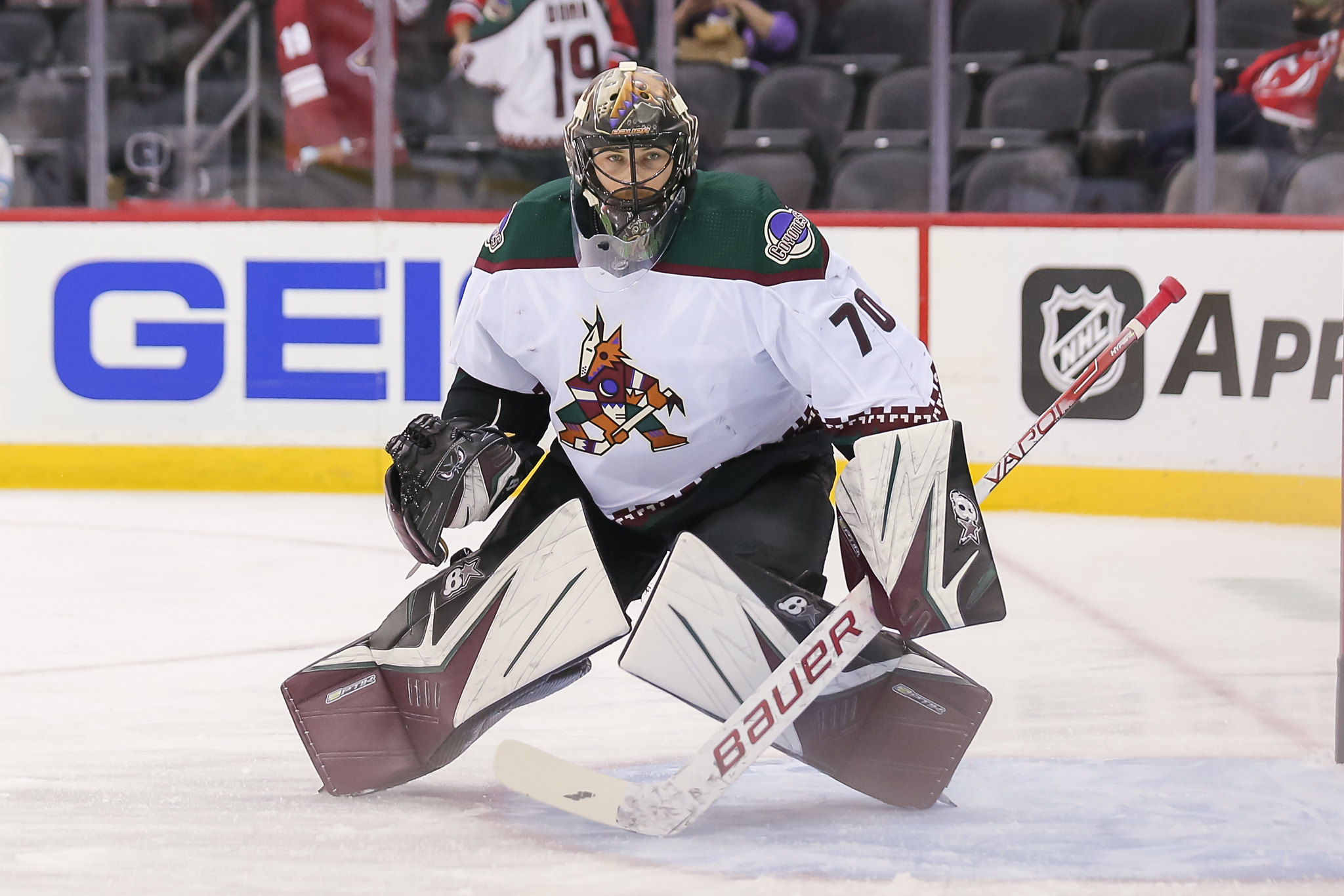 In today’s NHL rumors rundown, the Edmonton Oilers are looking for defense and penalty-killing help. Who have they potentially identified as a fit? Are the Calgary Flames ready to go out and acquire a scoring winger? Would the Arizona Coyotes trade Karel Vejmelka?

Finally, are the Buffalo Sabers going to be active at the deadline, even if they aren’t necessarily buyers?

Oilers Trying to Identify the Right Type of Defenseman

According to Frank Seravalli of Daily Faceoff, the Oilers most need help on their blue line and he writes, “Based on the defensemen currently available, there are a few possibilities: Vladislav Gavrikov, Joel Edmundson, Jake McCabe or Mattias Ekholm.”

He also suggests the Oilers could use a penalty killer and notes that Teddy Blueger of the Pittsburgh Penguins might be an option. Seravalli writes, “The Pens are going to need to clear up salary cap space if they want to make any moves and Blueger has decent value, definitely not someone you’d have to pay to move.” They might not be able to re-sign him, either.” Other names on the Oilers’ radar could include Sam Lafferty of Chicago and Philadelphia’s Zach MacEwen.

He also wonders if Jonathan Toews would be a good fit as he provides secondary scoring, a penalty-killing presence, and faceoff skills. Ryan O’Reilly would do the same, he notes. He even wonders if GM Ken Holland might swap Jesse Puljujarvi for Anthony Duclair.

Eric Duhatschek of The Athletic writes that the Calgary Flames might be a team to watch when it comes to a scoring winger being traded ahead of the NHL Trade Deadline. The two names he specifically mentions are Florida Panthers’ forward Anthony Duclair and St. Louis Blues veteran Vladimir Tarasenko.

Duclair is a bit of a question mark heading into this deadline because he’s been out all year with an Achilles tear. He’s close to coming back and the Panthers likely need to do something about their salary cap. He played on a line with Jonathan Huberdeau last year and the two had chemistry.

As for Tarasenko, Duhatschek writes:

There is a part of me that wonders how Tarasenko might adapt to Calgary coach Darryl Sutter’s system and tough-love approach. But then you think back to 2014, when Sutter was coaching the Los Angeles Kings and they added Marian Gaborik as an 11th-hour trade deadline add.

As the Coyotes start moving pieces out this season, Hailey Salvian of the Athletic wonders if a goaltender could catch some attention. She isn’t the only one to bring his name up and Elliotte Friedman mentioned Karel Mejmelka as a possible trade candidate a few weeks ago.

Another player I’m looking out for in Arizona is Karel Vejmelka. His record and save percentage don’t do him much justice. He’s taken on one of the biggest workloads in the league in terms of time on ice, shots faced and expected goals against. He currently ranks 12th in goals saved above expected. A playoff team with a question mark in net — and better players in front — could do a lot worse.

Sabers Could Be Active at Deadline, Just Not Big Buyers

Salvian also notes that the Sabers might be a team to watch, even if they don’t go out and land a big name or make a ton of trades that bring in players that can help them this season. She writes, “Even if they aren’t active as buyers, the Sabers are intriguing because of their $41.71 million in cap space — the most in the NHL.” Salvian believes they might try to weaponize their cap space and become a third-party broker at the deadline, “acquiring future assets while allowing other teams to make big swings.”

Jim Parsons is a senior THW freelance writer, part-time journalist and audio/video host who lives, eats, sleeps and breathes NHL news and rumors, while also writing features on the Edmonton Oilers. He’s been a trusted source for five-plus years at The Hockey Writers, but more than that, he’s on a mission to keep readers up to date with the latest NHL rumors and trade talk. Jim is a daily must for readers who want to be “in the know.”

Other content contributions include: NHLtradetalk.com, The Sportster and hosting weekly video casts, THW News and Rumors Rundown, plus Oilers Overtime.