New ambulance company wants in Mobile, but potential competitors say there are enough 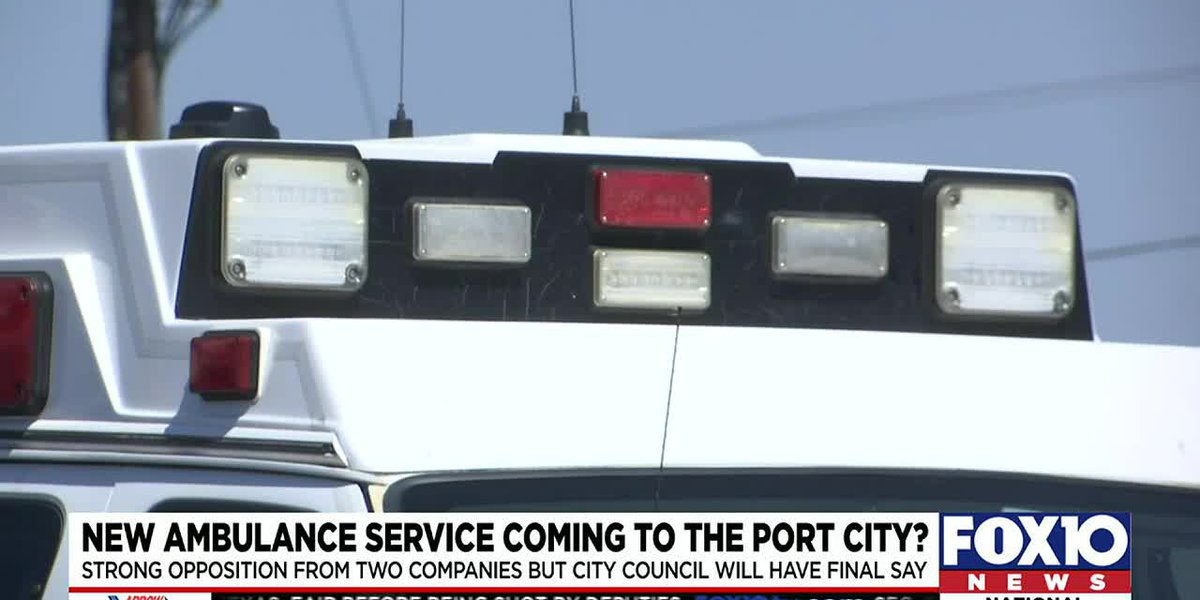 MOBILE, Ala. (WALA) – An ambulance company made its case Tuesday to enter the market here at a time of declining response times, but its would-be competitors insisted there are enough already.

The Mobile City Council, which will have the final say, held a public hearing on Medevac Alabama’s application for a certificate of public convenience and necessity. The company currently runs ambulances in Clarke and Baldwin counties.

Kenneth Hughes, the director of Medevac Alabama, pointed to data from the Mobile Fire-Rescue Department showing declining response times for the two private firms that currently operate in Mobile. The city’s goal is for those ambulance services to respond to calls within 20 minutes, 90 percent of the time. But those times have been between 50 percent and 60 percent.

“Can we make a difference in Mobile?” Hughes told council members. “We’re not gonna change the world. There’s still gonna be personnel issues. We’re going to have to be as creative as everyone else is getting ambulances on the road.”

Hughes told reporters that another company can fill the gaps.

“In this case, more is better,” he said.

The Mobile Fire-Rescue Department has primary responsibility for responding to 911 calls. Newman’s Emergency Medical Services and Lifeguard Ambulance Service pick up calls during busy periods when the city can’t respond to them all. For instance, a shooting at Ladd-Peebles Stadium during a high school football game last year triggered a response from all three services.

Executives from the existing two ambulance companies acknowledge that response times plummeted during the COVID-19 pandemic. That cause, they say, is a staffing shortage exacerbated during the pandemic and ongoing delays at hospitals that can tie up ambulances for hours.

Newman’s CEO Kenny Newman, whose company started in Mobile in 1939 and is the second-oldest private ambulance company in the country, told council members that the company dropped from 125 to 75 employees after the virus hit and is up only about five since then.

“Out problem is personnel,” he said.

Officials from the private companies told FOX10 News that they struggle to stay profitable, relying on reimbursements from insurance companies and government programs, which largely are static. And, they added, many patients have no insurance at all.

They said there is a finite number of trained medics – 853 licensed emergency medical technician-paramedics in Mobile County – and that a large chunk of those work for the city. A new ambulance company would just dilute that limited pool, said John Wilson, the company’s operations supervisor.

“There won’t be enough between the three companies,” he said. “You know, the talent’s got to come from somewhere.”

Terence Ramotar, regional director of Lifeguard, said his company has taken a number of steps to expand the workforce, including an “Earn While You Learn” training program that pays new hires while they study to become certified medics. Still, he told FOX10 News, Lifeguard can only operate fewer than half of its 24 ambulances in Mobile because of staffing shortages.

Hughes said Medevac does not have any contracts with hospitals, which can tie ambulances. That offers flexibility to respond to calls, he said. He said his ambulances often take Clarke County residents to hospitals in Mobile but must return empty because it is not allowed to transport patients from Mobile.

Hughes added that the company also would not exclusively poach from other ambulance services. He said he believes the company could lure people who have left the field.

“The reality of it is that, as a smaller company without quite so much baggage, you know, there are people that are willing to work for us that may not be willing to work in the field for the pre-existing providers,” he said.

Download the FOX10 Weather App. Get life-saving severe weather warnings and alerts for your location no matter where you are. Available free in the Apple App Store and the Google Play Store.