Monday Morning Leafs Report: How John Tavares got his groove back, what’s left to play for?

The Maple Leafs do have something left to play for in the second half of the regular season.

It’s not all that exciting, no, but it matters! What is it? Home-ice advantage in the first round of the playoffs.

The Leafs will almost certainly face the Lightning again in round one. We know that. (Great playoff system, NHL!) What’s still at stake is which team will, crucially, nab Game 7 at home and also host the first two games of the series.

The Bolts are five points behind the Leafs at the moment — with two games in hand. The two teams met for the final time this regular season in Tampa in mid-April, in game No. 81 for both teams.

You still want that advantage 100 times out of 100 if you can get it though.

For last change and the opportunity to dictate matchups most of all. That matters. Want to keep Auston Matthews away from the pesky Anthony Cirelli as often as possible in Game 7? With home-ice advantage, Leafs coach Sheldon Keefe has more power to do just that.

Point is, there’s value in that choice. (For what it’s worth, the Leafs beat the Lightning in Toronto this season and lost in OT in their one game in Tampa.)

Another thing the Leafs would rather have on their side in an all-or-nothing Game 7 if it comes to that: The home crowd at SBA.

The atmosphere in Tampa can be damn well electric (pun intended), intimidating even. Why wouldn’t the Leafs want to avoid that with the power to do so? And the schedule sets up mighty nice for it: The Leafs will play the Senators three times; the Blue Jackets three times; the Blackhawks twice; the Sabers twice; the Habs twice; and the Canucks once.

And so, while it might not be the most exciting thing to play for down the stretch, it’s absolutely worth chasing.

1. Pick-me-up: John Tavares went cold for a while there. From Nov. 25 until Jan. 3, a stretch of 17 games, Tavares scored only three times and produced fewer five-on-five points than Alex Kerfoot and Pierre Engvall.

He was hardly noticeable most nights and struggled to put his imprint on games.

Tavares decided to do something about it. Well before practice on Jan. 2, the Leafs captain took to the ice with Paul Matheson, the skating development consultant who helped Tavares come flying out of the gate earlier this season. Tavares wanted a pick-me-up on that front.

“Just like anything,” he explained to me, “you work on the habits consistently, those things seem to stick. Whereas the season goes on and the grind sets in, things you work on in the offseason, they can start to break down and you lose touch with that after months and weeks go on.”

The result: A seven-game point streak for Tavares, who scored five times and added six assists during a recent stretch. Tavares looked spry again and lighter on his feet — the overarching goal of his work with Matheson.

Tavares said he was focused on his posture, where his body was over his skates. He’ll share how he feels with Matheson, who will make his own notes from the video.

“I talked a lot about being lighter and launching and trying to use my power and develop the speed that I have from that,” Tavares said. “Naturally, I’ve always been kind of a really wide base and wide skating, especially when I was in junior and my first couple years (in the NHL). But that’s improved over my career and something we even wanted to emphasize this summer when I started working with Paul.

“I want to make that part of my instincts,” he added of his work with Matheson, “the natural habit of the things you’re executing when you’re out there playing. And especially when you start to fatigue or you’re tired and you still stick to those fundamentals. That’s just part of the work throughout the season and obviously the offseason as well. It’s just like doing our system work and whatnot. When you’re tired or when you have a couple days to work on things in practice and to emphasize things, they seem to stick and hold. Same thing on the individual side.”

“It’s funny how little things creep in or certain things break down a little bit,” Tavares concluded. “That’s what’s great about having a development staff and being able to be on top of those things.”

2. Better off busy: Much of the recent focus on Matt Murray has been about where he plays. What sticks out more to me is how his workload seems to affect his performance.

Most notably, Murray has been far less effective when he’s not busy.

Giordano’s partnership with Justin Holl this season has been elite — like, elite elite.

The Leafs are giving up almost nothing when they’re out together, just 2.19 expected goals per 60 minutes, a top-five mark among those higher usage pairs leaguewide.

“I just think he’s a really smart player,” Holl said. “And he’s been such a good player for so long and I think that’s because of his brain. He’s always in the right spots and he’s always supporting me, and I try to do the same for him.”

Their success feels reminiscent of Holl and Jake Muzzin at their apex together a couple seasons ago — which makes you wonder if and how it’ll factor into the front office’s deadline considerations.

On the one hand, GM Kyle Dubas has to be mindful of what the Leafs can and should expect from Giordano, at age 39, in the playoffs. Can they really expect him to thrive in the Muzzin role — checking top lines and No. 1 power-play units — playing every other night? Wouldn’t it be best for the Leafs, and for Giordano, to ease that load slightly, whether it’s by finding a new partner for Holl (TJ Brodie?) or adding a defenseman who can grab hold of those primary defensive assignments?

On the other hand, Giordano and Holl have performed so well together, playing tough competition, that maybe Dubas and the rest of the Leafs’ brass have to accept that this pair can handle the load — whether Giordano is old (for the NHL) or not. .

Related: Holl has benefited from some terrific partners, but deserves more due as a defender himself. 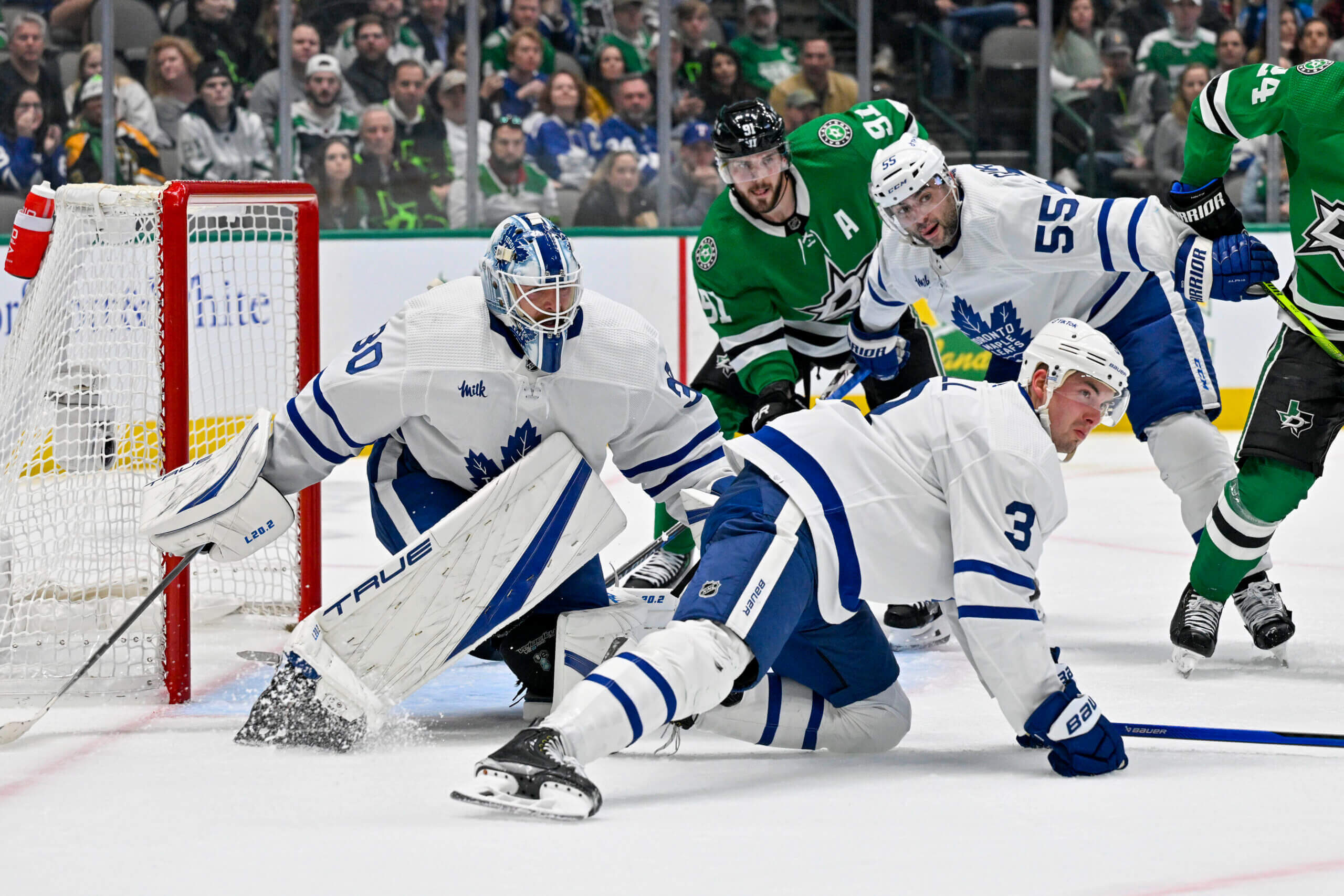 4. Shots: Morgan’s Rielly shot has never been much of a factor on the power play, particularly in recent years as the Leafs have loaded up all the stars onto one unit. But it’s never been quite as non-existent as this season.

Rielly, who recently rejoined the No. 1 power-play unit ending the five-forward approach (for now), has landed only six shots on goal on the power play all season in 99.5 minutes.

That’s the second-fewest shots of the nearly 200 players in the league who’ve logged at least 90 power-play minutes.

Rielly’s shot chart on the power play tells the story: 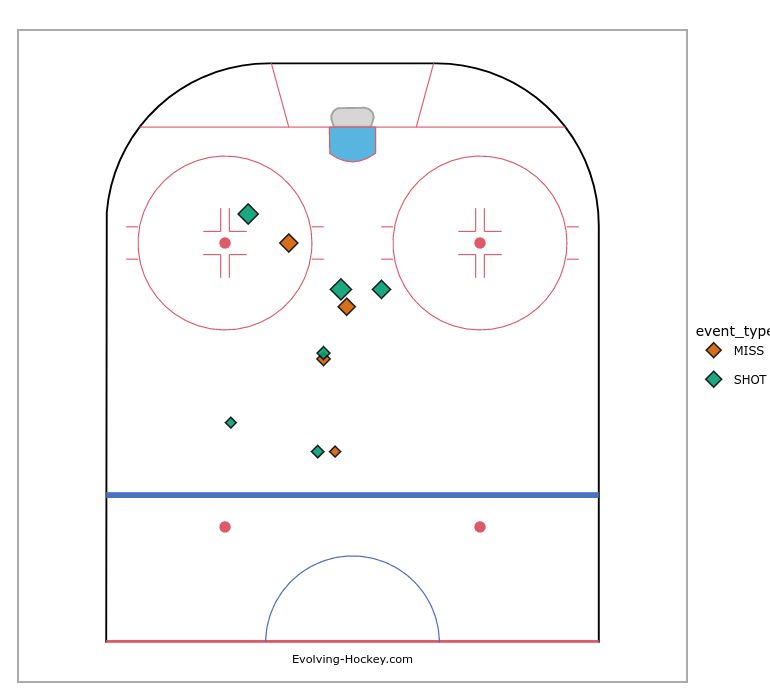 Part of the problem is that when he does attempt to shoot, Rielly struggles to get his shots through to the net. Seven of his 18 attempts haven’t made it to the opposing goalie.

Rielly will always be the fifth option on that top group, his role being that of point guard — distributing the puck to the likes of Auston Matthews and William Nylander. But it wouldn’t hurt if he managed to get some pucks on net, not necessarily to even score but create rebound opportunities.

Rielly has never scored much on the power play. He has just 12 career power-play goals. He’s still searching for his first goal in any situation this season.

5. Engagement: Speaking about Nylander earlier this season, Keefe said, “I think Willy can and should be in that top, elite tier of players in the league. And he’s working his way there.”

His play away from the puck is one major area for growth, Keefe said.

As always with Nylander, it comes down to engagement. He just seems to lose his focus at times in his own end, like over the weekend in Montreal. Nylander is caught puck-watching, which leads to some juicy looks for the Habs.

Cut that stuff out and he’ll become a more complete player than he is now.

Things I think I think

The Leafs ended up beating the Jets last week, but I wonder if that first period raised any alarm bells internally about the defense — and its vulnerability to heavy hockey in the postseason. The Jets are a big team, and they grounded the Leafs (minus Brodie) down in those first 20 minutes. Shots were 16-6. The Jets had six high-danger attempts. If there’s an argument for adding a bigger, meaner defender ahead of the trade deadline (beyond the fact that playoff hockey is just different that way), someone can bust up cycles and punish net-front intruders, it was on display in that period. 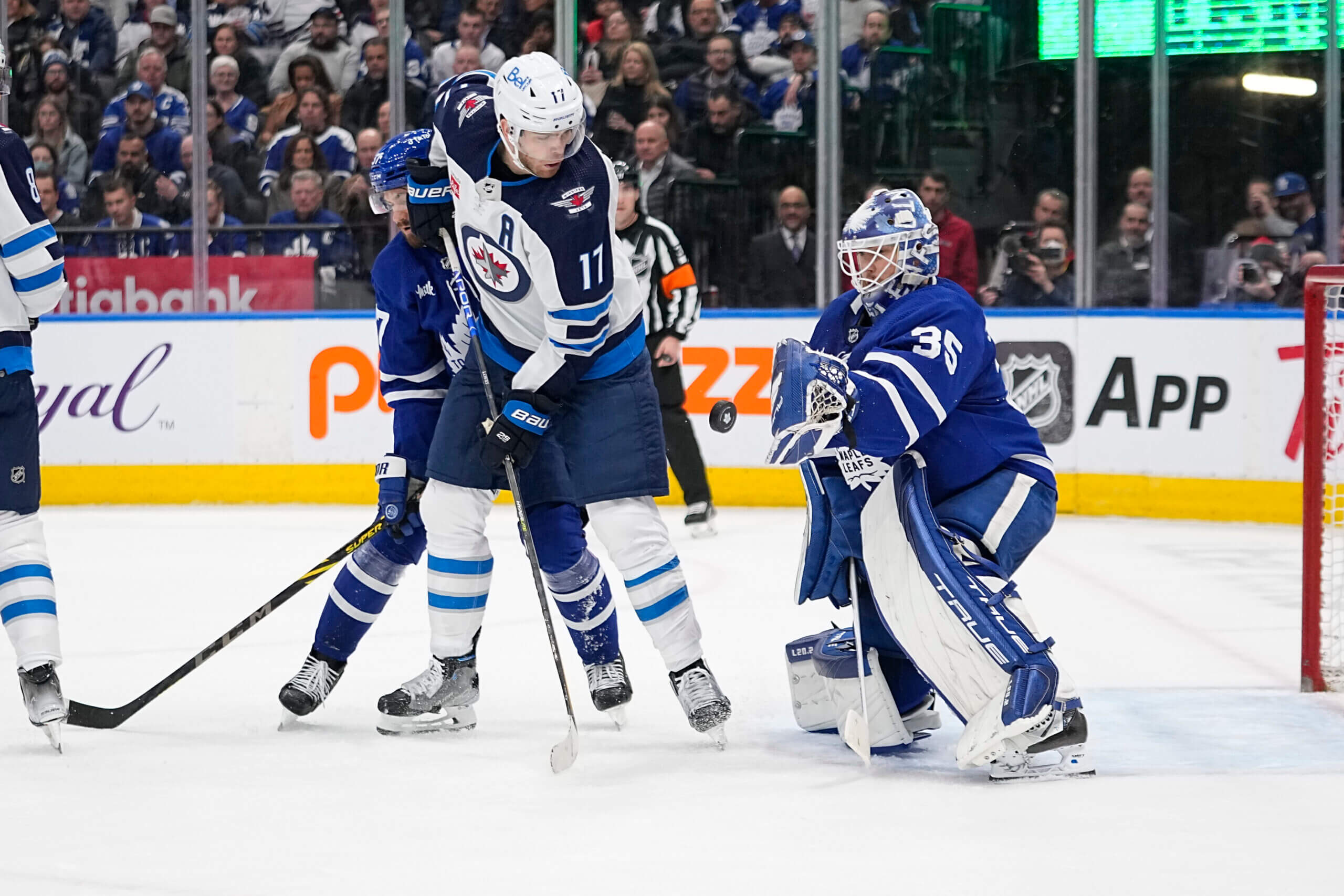 One thing we’ve seen from Murray to this point: He’s kept the rough patches short.

In other words, he’s quickly responded when his game has gone askew. When he gave up a season-high five goals to Seattle earlier this month, for instance, Murray bounced back his next time out with a sharp 34-save performance in Philadelphia. Three nights later, he stopped 32-of-33 in a win over Nashville.

Murray surrendered four goals in each of his last two starts, the first time he’s allowed three or more in back-to-back starts all year.