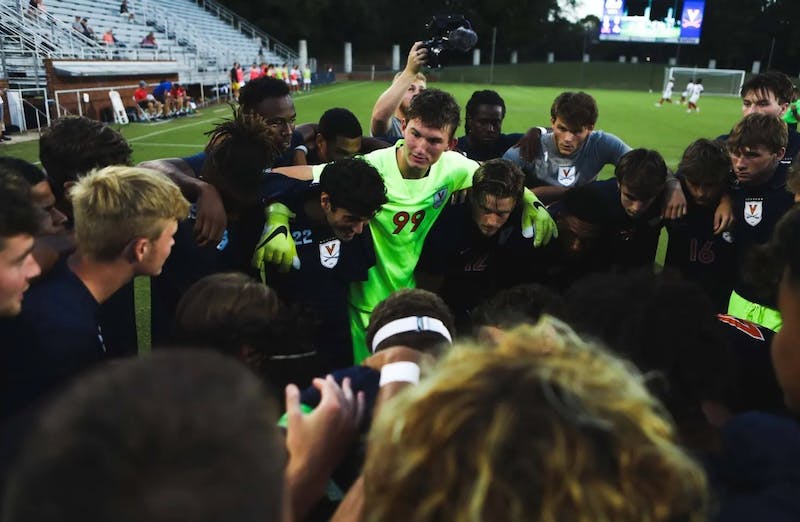 Virginia men’s soccer will visit No. 3 ranked Syracuse Saturday and square off at 7 pm for its third ACC match of the season.

The Cavaliers (5-3-0, 1-1-0 ACC) aim to pull off a monstrous upset on arguably the nation’s best team. The Orange (7-0-1, 2-0-0 ACC) have three wins over ranked teams already this season, most recently taking down the top-ranked Clemson Tigers on the road this past Friday.

Virginia is coming off of a 2-0 win at home against American, but will certainly still have the last-second 2-1 loss to Notre Dame on his mind.

An important thing to keep in mind for Virginia is the environment it will be facing. Through eight games, the Cavaliers have played seven home games and one neutral site game. Being conscientious of the Syracuse fans and a potentially rowdy, small-capacity SU Soccer Stadium will be important as Virginia prepares for this matchup.

On top of facing potentially the No.1 ranked team in the NCAA on the road, the Cavaliers will be hungry for revenge as they fell to Syracuse 3-1 last year in Charlottesville. If they are able to pull off the upset, this game could serve as a turning point in Virginia’s season as ACC play starts to get underway.

For the Cavaliers, junior forward Leo Afonso will continue to serve as the leader of the offense. Afonso’s ability to make flashing runs into the box and distribute when needed will be important to break through a Syracuse defense which has only allowed two goals in eight games this season.

Additionally, both freshman defender Reese Miller and sophomore forward Kome Ubogu have been superb for Virginia so far this season. Ubogu, who was second on the team in goals and points last season, has already surpassed his goal count from last year. Ubogu had four goals in 15 games last season, and he leads the Cavaliers with five goals through just eight games this year.

Ubogu has come in as a substitute in every game he’s played, yet continues to score without slowing down.

Miller has shown incredible growth in just six games this season. Miller was slotted into the left back position as a freshman and has already started five games. His hustle and ability to extend plays has given the Cavaliers several extra opportunities in critical passages of play.

For the Orange, senior forward Levonte Johnson and sophomore forward Nathan Opoku have spearheaded the offense. The duo have both recorded three goals and four assists so far this season.

Senior goalkeeper Russell Shealy has been almost perfect in net this season for Syracuse, allowing two goals and recording 19 saves with a 0.905 save percentage.

How Virginia can spring the upset

In order to take down the Orange, Virginia will need to find creative ways to confuse the Syracuse defense.

Combination play between junior midfielder Daniel Mangarov, junior forward Philip Horton and Afonso could be crucial to getting a decisive goal. While only allowing two goals so far this season, Syracuse has won four games by just one goal, including wins against Clemson, Niagara, Notre Dame and Penn State. One goal could be the decider Saturday night.

Controlling the midfield through Mangarov and sophomore midfielder Axel Ahlander will also be important for Virginia, both to slow down the pace of the game and prevent breakaway chances for Johnson and Opoku for Syracuse.

The Orange like to take shots, as they average 17 shots per game. Preventing Syracuse from taking shots and potentially getting a bounce will also be a point of focus for Virginia.

Coach George Gelnovatch hinted at the matchup that awaits the Cavaliers after their win against American on Tuesday.

“I feel like the team’s confidence levels are high, we are scoring goals and creating good chances, so there is real belief in ourselves as we prepare to go on the road,” Gelnovatch said.

The game kicks off at 7 pm Saturday and will be streamed live on ACC Network Extra.