Lessons, big questions for every game 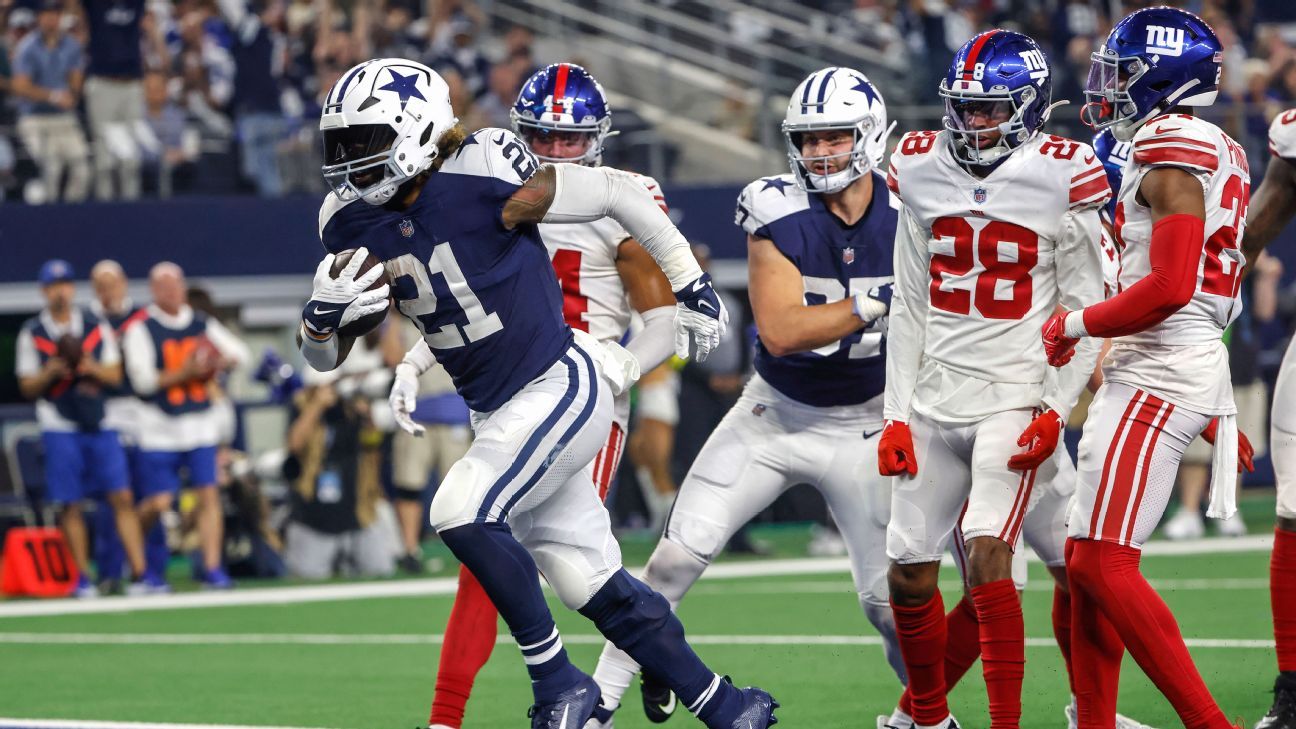 Welcome to Week 12 of the 2022 NFL season, which opened on Thanksgiving Day with three games.

The Detroit Lions have been hosting Thanksgiving Day games for 88 years but have not had a lot of success of late. The Buffalo Bills completed a late comeback to beat the Lions, who have won just six Thanksgiving games since 2000.

The Dallas Cowboys, who like the Lions host a Thanksgiving game every season, ended a three-game losing streak on the holiday by beating the NFC East rival New York Giants.

Our NFL Nation reporters react with the biggest takeaways and lingering questions from this week’s matchups and look ahead to what’s next. Let’s get to it.

Jump to a matchup:

What to know: The Bills offense has some issues, but their stars performed when they needed them which is an important step. Coming into the game, Buffalo was 1-9 when trailing in the fourth quarter over the last two years. But quarterback Josh Allen and receiver Stefon Diggs led the unit downfield on back-to-back drives, connecting on five targets for 65 yards and a score on the final two drives to win the game. But improving in the red zone remains a priority for the offense.

What’s next at cornerback? Cornerback Tre’Davious White was active for the first time since tearing his ACL on Thanksgiving last year, but played only the first two series (15 snaps). After that, Buffalo mostly played rookie Christian Benford and Dane Jackson. Coach Sean McDermott said White played within the range of snaps they expected. With a big game coming up against the Patriots, White’s availability could be key as the defense continues to allow opposing No. 1 receiver to surpass 100 yards in games. — Alaina Getzenberg

What to know: The Detroit Lions have proven they can compete with the league’s best after a close loss to the Buffalo Bills. Now they have to figure out a way to win those tight games through better clock management and decision-making down the stretch. The Lions are 2-7 against teams currently .500 or better. All of their games have been against teams currently .500 or better except for their wins against the Green Bay Packers and Chicago Bears.

Is linebacker James Houston’s debut performance for real? To an extent, but let’s not get carried away. He’s not expected to put up two sacks with a fumble recovery in every game, but the Lions can find a role for him. He became the first player with two sacks in his NFL debut since 2017 (Myles Garrett and TJ Watt). Nobody’s asking him to become those players, but the Lions’ defense, which ranks last in pass rush win rate (29.1%), could use a defensive playmaker next to fellow rookie Aidan Hutchinson. — Eric Woodyard

What to know: This might be 12 days that shape the Cowboys’ season. After losing to Green Bay in overtime Nov. 13, the Cowboys responded with two wins in four days by beating Minnesota and the New York Giants. They were almost perfect vs. the Vikings and less so against the Giants, but they got to 8-3 and swept their divisional rival. “It was a win,” said Dak Prescott, who rebounded from two first-half interceptions with two second-half touchdowns. “It was a win against a division opponent and sometimes all that matters is the win.”

Do the Cowboys need to sign Odell Beckham Jr.? Maybe they don’t. CeeDee Lamb has two 100-yard receiving games in the last three games. Michael Gallup is showing signs that his surgically repaired knee is no longer an issue. And the tight end group of Dalton Schultz, Jake Ferguson, Peyton Hendershot and Sean McKeon is showing that they can be a featured part of the offense. Beckham may be a Cowboy, but they will not need him to be their leading receiver. He can come in, after a long layoff from a torn ACL, and be a contributor. — Todd Archer

What to know: So maybe making the playoffs is going to be a struggle for this Giants team, especially with all the injuries. They are not talented or deep enough and it shows when they play better opponents. New York (7-4) overachieved in the first half of the season, but this is now consecutive losses, and their schedule is not about to get easier. The matchups with Washington are going to be massive. They appear to be the Giants’ biggest threat for the NFC’s final wild-card spot.

Will the Giants be healthy for the stretch run? After Thursday’s loss coach Brian Daboll indicated he didn’t think any of the recent injuries were going to be long term. The Giants were already anticipating starting outside linebacker Azeez Ojulari, left guard Ben Bredeson and right tackle Evan Neal back for their next game against Washington. Daboll’s comments seem to insinuate cornerback Fabian Moreau could be back, as well. Those are four pretty important players that should be returning relatively soon for the Giants’ stretch run. — Jordan Raanan