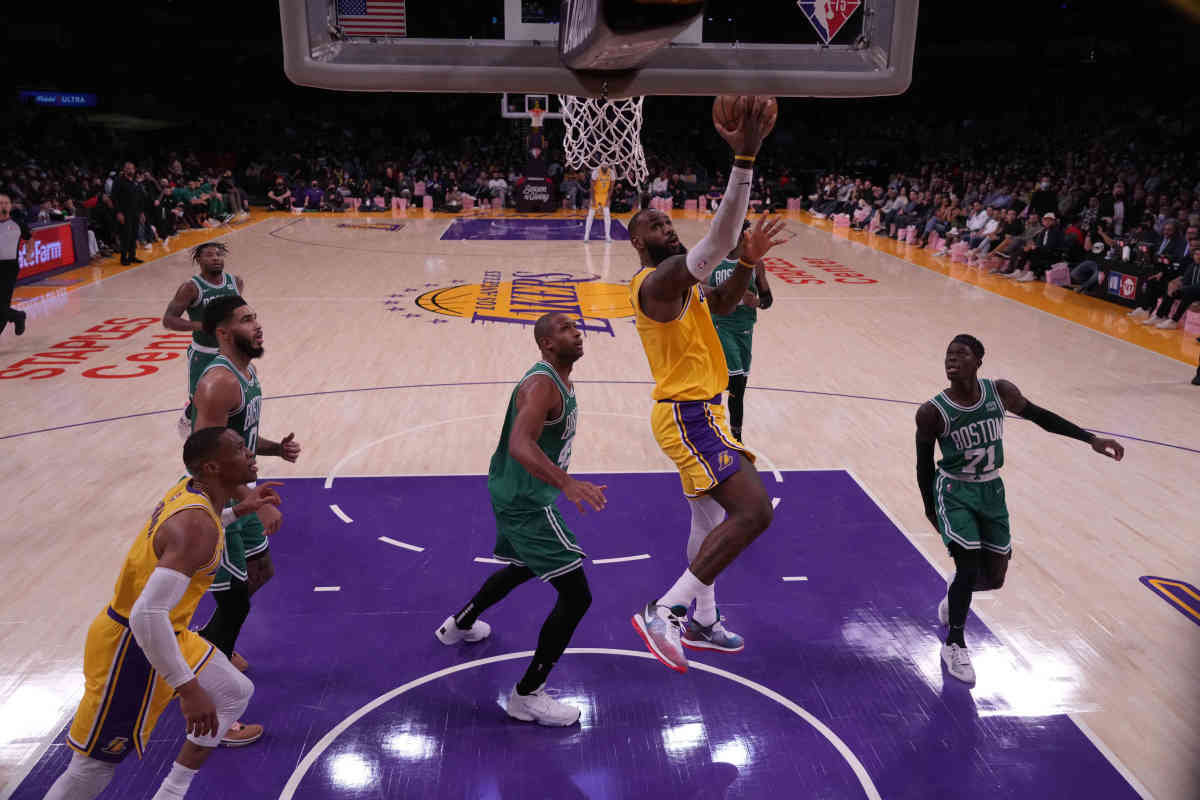 The Ringer CEO/founder Bill Simmons has always been an avowed Lakers loather, despite having lived in enemy territory since 2003 when he moved to the City of Angels to become a writer on “The Jimmy Kimmel Show.” His staunch Boston sports fandom is one of the staples of his excellent self-titled podcast.

In the process, Simmons shed some light on what he believes to be the eight most desirable NBA clubs to own, and what the escalating costs to own those clubs might look like in the short-term future.

The top eight, per Simmons: the New York Knicks (yes, even still), your Los Angeles Lakers, your Boston Celtics, the Chicago Bulls, the Golden State Warriors, the Dallas Mavericks, the Miami Heat, and the Phoenix Suns. Simmons notes that, despite their robust media markets, the Brooklyn Nets and Los Angeles Clippers don’t make the cut, as the clear second-fiddle NBA franchises in their own cities.

Simmons also reiterated a contention he’s been making for months: his prediction that the league is set to expand to new franchises in Seattle and Las Vegas before too long.

Given Phoenix’s proximity to Los Angeles and Northern California, Simmons predicts that the premier NBA club could net significant interest from big-money buyers in California.

“Phoenix is ​​a rich guy mecca. Incredible fans, you have a whole history, you got Devin Booker in place. But the big thing – it’s an hour from LA and it’s an hour from the Bay area. You can pull in every rich guy from those two spots and they can fly in and be the owner of the team. This evaluation is going to go way higher than people think. I told you this with the Clippers eight years ago, and I’m telling you now. The Suns are going to be valued at over $4 billion. Mark my words, you can throw it in my face if I’m wrong; I’m not wrong. I think it can get close to 5 billion. I think it will be in the $4.5 to $5 billion range… My prediction, I’m going on the record. The Suns, I’m gonna say, $4.7 [billion].”

In the immediate future, that would be a drastic overpayment. But it would also represent something of an investment into the team’s projected future value. Forbes currently projects the Suns to be worth $1.8 billion, while Sportico pegs the team’s value at $1.92 billion.

So where does that leave the Lakers, should the Buss siblings opt to sell? Forbes lists the Lakers’ net worth to be $5.5 billion this season, a stunning 20% ​​uptick from the team’s otherwise ill-fated 2021-22. Forbes also notes that the club raked in $316 million last year. As Simmons notes, the NBA is set to reap the rewards of a lucrative new TV deal during the 2025 offseason. So if the Suns could go for up to $3 billion more than their current “worth,” would the league’s winningest team ever follow suit in a sale, putting them in the $8.5 billion+ range? We may not know for a while, as the Buss family seems to be interested in retaining the club for now.