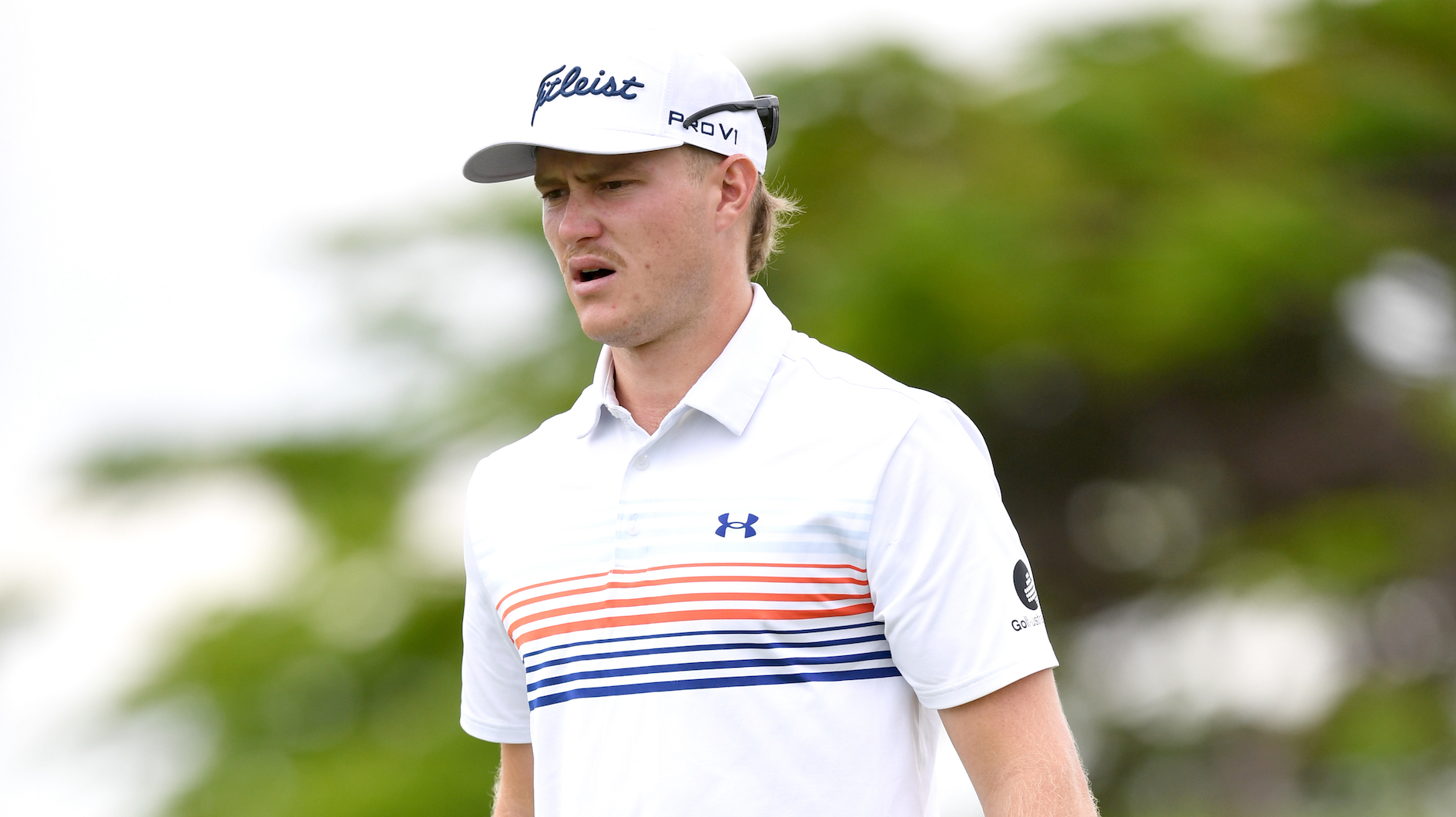 The club member and Australian Amateur champion at the venue took home the Joe Kirkwood Cup by a whopping 11 strokes when he reached 22-under par in a field missing the headliners like Cam Smith, Adam Scott and Marc Leishman that have arrived on site for the November edition.

Despite the increase in field quality and depth this week, Morgan was still touted as a contender given his intricate knowledge of the tricky and unique Mike Clayton redesigned par-71 that will welcome the Olympic golf in 2034.

But the soon to be 23-year-old was less than his best ahead of his opening round of one-under after contracting a stomach bug.

Admitting to feeling terrible earlier in the week, Morgan withdrew from Wednesday’s pro-am to rest and recover ahead of his 6:10am tee time alongside Cam Davis and Rasmus Hojgaard.

“It was the earliest I’ve played golf, ever,” Morgan said of the tee time. “I got up at quarter to four.”

He noted an improvement although energy levels were noticeably lower as he finished the front nine, his second loop, when he managed birdies at the par-5 7th and par-3 8th to get back into red figures.

“Just nice to finish in the red, didn’t want to be in the black,” Morgan told Golf Australia magazine on Thursday.

Morgan wasn’t the only one affected by illness in Brisbane, with Travis Smyth suffering from an unidentified bug and keen to get some rest after his own matching 70, while Morgan’s fellow ‘RQ’ member Jake McLeod was out in the later wave having followed suit by skipping the pro-am.

McLeod noting a significant improvement in his similar condition to Morgan when warming up on the range Thursday morning.