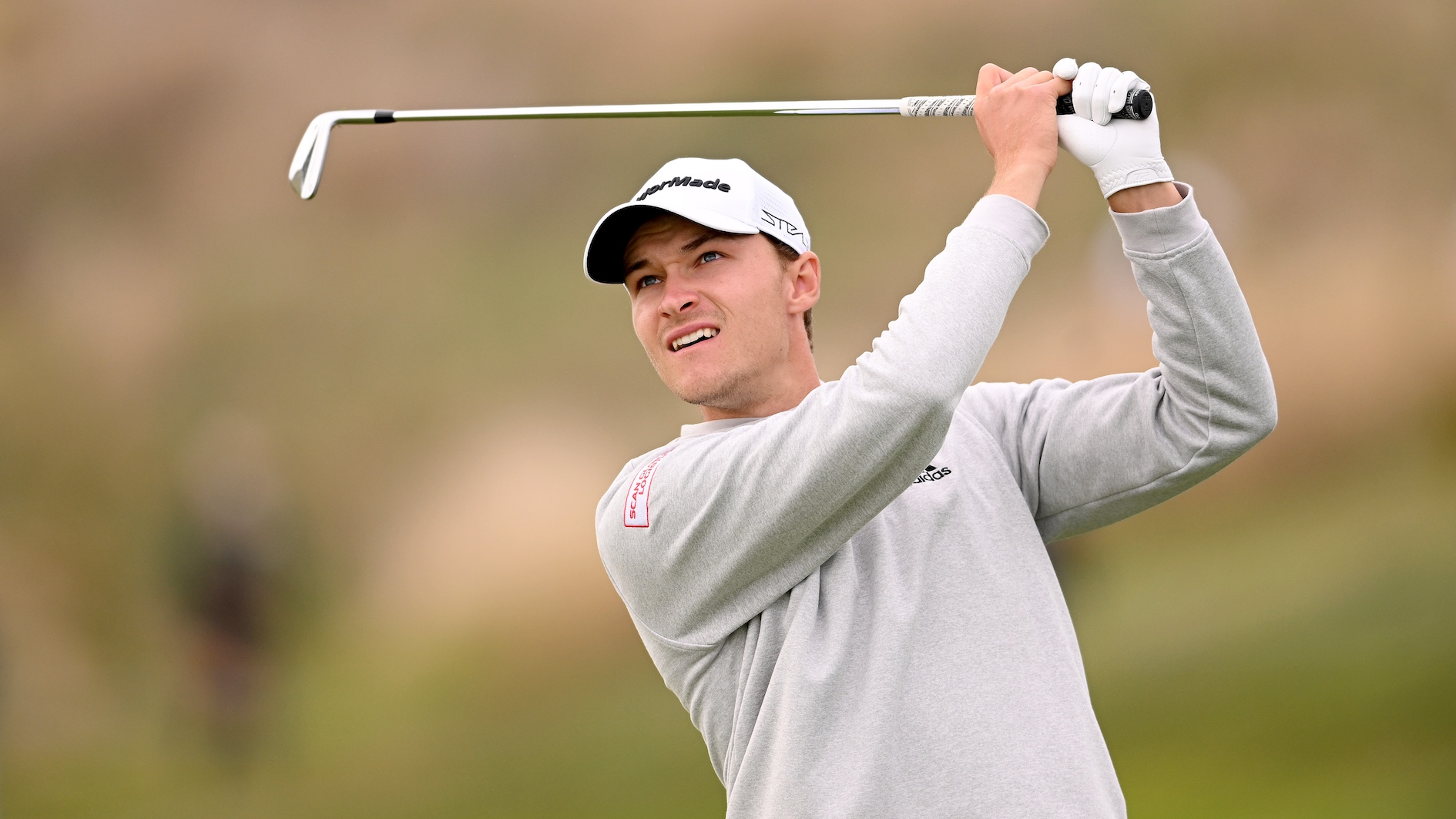 The Danish player and overnight leader had seven birdies at Le Golf National outside Paris on Friday to move to 15-under overall, with the only blemish being a bogey on the 5th hole.

“The course plays tricky, I just played very well as well today. I hit a lot of greens and gave myself some good chances,” he said. “I’m not going to change much over the next couple of days. It’s been working fine so far … go out there, be patient, see if I can limit the mistakes and make a few birdies.”

Frenchman Paul Barjon’s three-under 68 moved him up from third to second. Barjon holed an eagle putt from 61 feet on the 14th hole and pleased the crowd as they stayed with him.

“It was cool to have a lot of fans, even at 7pm. But we have great weather and I think they liked what they saw, so it was fun to have some cheering on the last nine holes,” he said. “Having a chance to win a tournament, especially your home Open, would be lovely. That’s still the goal, to show up on Sunday on the back nine and have a chance to win.”

Yet Barjon could not stay with Hojgaard, who held a two-stroke overnight lead from Alexander Bjork of Sweden.

South African George Coetzee – a five-time DP World Tour winner – fired a 66 to push himself up to third place, one stroke behind Barjon at eight-under.

Bjork, meanwhile, could only manage a par 71 and dropped to a tie for fourth at seven-under alongside Frenchman Antoine Rozner, who had five birdies on the front nine and carded a 66.

The best-placed Australian in the field, Scott Hend, posted a 70 to add to his opening 71 to be one-under.