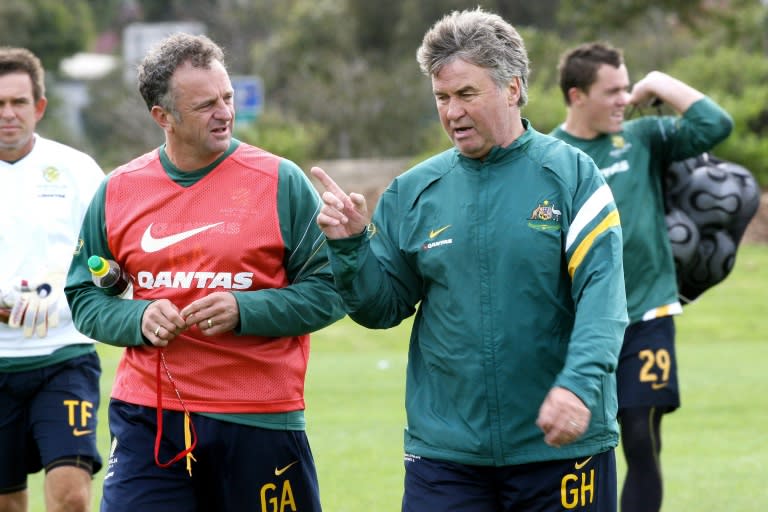 Legendary coach Guus Hiddink declared Australia “fresh” and primed to “fight” after getting his first look at the team since being recruited in the build-up to the World Cup.

The experienced Dutchman, who ended Australia’s 32-year World Cup exile in 2006 and took them to the last 16, is working alongside coach Graham Arnold for their friendly against New Zealand in Brisbane on Thursday.

The 75-year-old Hiddink, who also guided South Korea to the 2002 semi-finals, said that Arnold had done “a beautiful job” to qualify for Qatar.

“They seem to be very fit and fresh — fit physically and the freshness in their mind. There is no doubt with the Australians, they are always fresh in their minds. They fight.”

The former Chelsea, Real Madrid and PSV Eindhoven coach is helping out in the absence of Arnold’s regular right-hand man Rene Meulensteen, who is in Europe to scout two of Australia’s World Cup Group D opponents, France and Denmark.

Hiddink urged Australia to “play football in an attacking way”.

Arnold said his players had huge respect for the Dutchman and would listen to what he said.

“The most important thing is that the mentality of the players is right, they don’t see it as a party,” he said.

“Guus will drive some strong messages to the players, today and tonight, about what he’s achieved, and what it takes to achieve success at a World Cup.”

Thursday’s game will be Australia’s last on home soil before the World Cup starts on November 20.

They face New Zealand, who failed to qualify for Qatar, again in Auckland on Sunday.