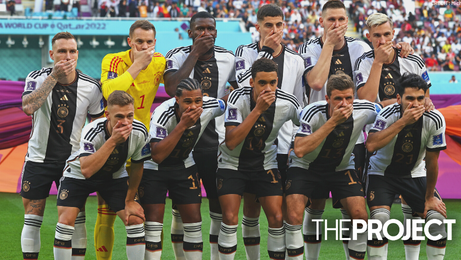 Players covered their mouths, stating they wanted ‘to be heard’.

The protest was in reference to FIFA imposing sanctions on players who wanted to show support for the LGBTQIA+ community by wearing a OneLove band during their games.

According to FIFA rules, players are required to wear only what is authorized as part of their team’s uniform. On Monday, the organization threatened to issue yellow cards to players who break the rules.

The players captured the image ahead of the team’s opening match against Japan.

“We wanted to use our captain’s armband to take a stand for values ​​that we hold in the German national team: diversity and mutual respect,” the team said. “Together with other nations, we wanted our voice to be heard.”

“It wasn’t about making a political statement – ​​human rights are non-negotiable. That should be taken for granted, but it still isn’t the case. That’s why this message is so important to us,” the team added.

“Denying us the armband is the same as denying us a voice. We stand by our position.”