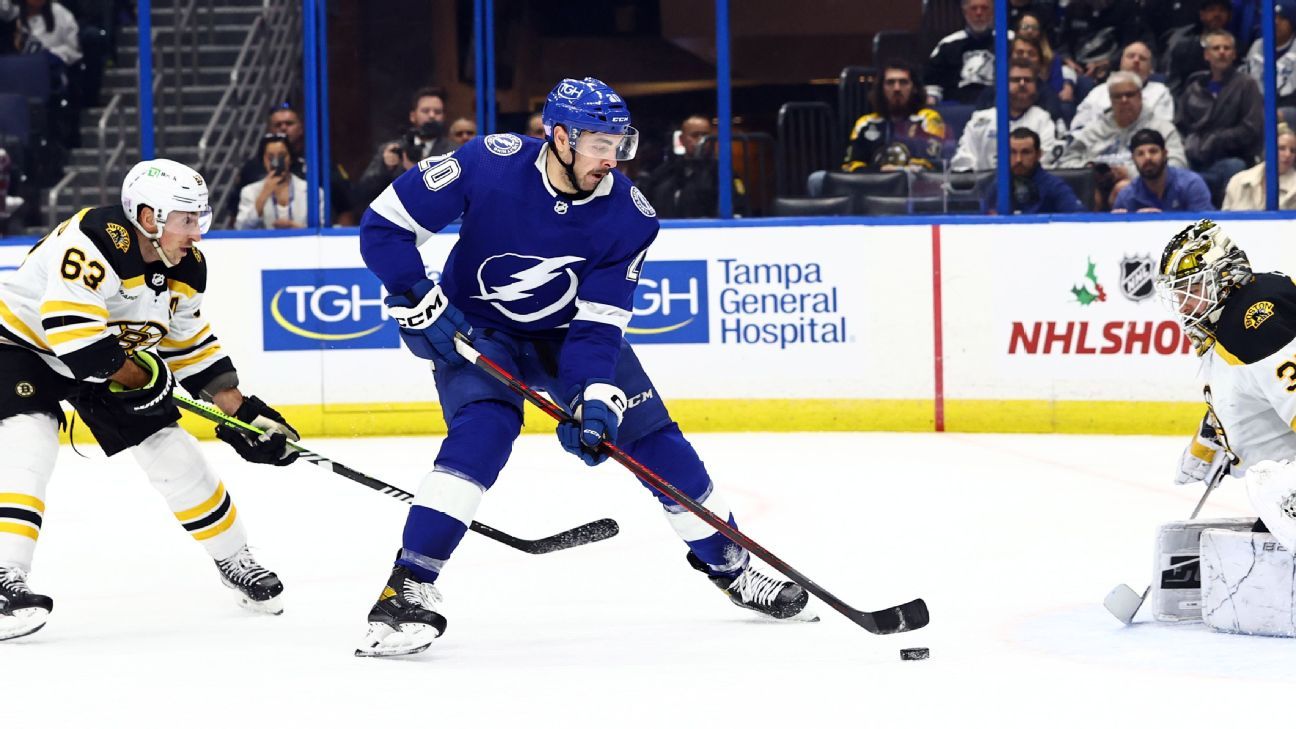 Friday’s fun slate feels laden with prospective chaos. While matinees are a different animal on any occasion, there’s even greater potential for anarchy during weekday afternoon action, post-holiday. Lovers of routine, more than a hundred skaters, and a handful of goalies, must adapt to Friday’s unusual start time (when to nap?), during this unofficial four-day weekend, after presumably enjoying the company of family and friends. and American Thanksgiving on food. Fresh legs and full bellies; if there’s ever an occasion to expect the unexpected, here we are.

Adding to the fun, every single one of Friday’s 13 contests – six of which are inter-conference – are being hosted in the states. Essentially adding to the holiday feel of each and every contest. Again, fun! If engaging in Daily Fantasy competition, my advice is to wander way off script with a couple of selections – go with your gut – then pad your roster with more predictable performers. Many of which are outlined below.

Floundering on defense, the Blackhawks have allowed 4.50 goals/game since Nov. 12. They blew a 4-1 lead, allowing five (including an empty-netter) in the final 10 minutes of Wednesday’s 6-4 loss to the Stars. A coming-apart for the NHL record books, as it happens. In turns hot and cold themselves the past two weeks, the Canadiens are in position to pile up some points early Friday afternoon. While the top line of Nick Suzuki, Cole Caufield, and Kirby Dach are doing most of the heavy lifting, third-line center Sean Monahan (2.0%) has a goal in each of his past two contests – collecting six points in seven recent contests. altogether.

Neither the Senators nor Ducks have been all that adept at keeping the puck out of their own net to date. Even taking a pair of recent stingier wins into account thanks to goalie John Gibson, Anaheim ranks 31st in goals allowed this November (4.09/game), while Ottawa sits 25th (3.73). Toss in the odd weekday, post-holiday start time to further rankle defenses, and we should see a fair number of goals in this match. From both sides.

Choose your league size, customize the scoring and set the rules you want to follow in order to create the fantasy hockey league you want to play in.

Create your custom league for free!

Nicholas Paul, Tampa Bay Lightning (14.1%): Centering a scoring line with Steven Stamkos and Alex Killorn, the under-radar forward scored twice in this week’s most recent loss to the Bruins. Paul already has eight goals and 13 points on the year. The well-rested Lightning should pose a reasonable challenge altogether for the visiting Blues, who might already be partially thinking ahead to Saturday’s tilt with the Panthers.

Filip Hronek, Detroit Red Wings (40.1%): Talk about finding one’s scoring touch. Hronek has five goals and three assists in his past five games, over which period he’s averaged 4.0 fantasy points/contest in ESPN.com standard leagues. Seriously. The Red Wings are hosting the Coyotes. If there’s one no-brain fantasy option on the blue line this particular post-holiday Friday, Hronek is it.

Ian Cole, Tampa Bay Lightning (3.3%): Consciously or not, players often bring a little extra to the ice when playing a former team, especially one that purposefully opted to trade them away. Which is why I’m suggesting Cole might pitch in when the Lightning host the team (St. Louis) that originally picked him 18th overall back in 2007. Plus, the defenseman is currently in a scoring groove, with a goal and three assists. his past four games.

Linus Ullmark (projected), Boston Bruins (92.7%): Despite losing to the Panthers on Wednesday – with Jeremy Swayman between the pipes – the Bruins remained perfect at home. Which is where they’re hosting the struggling Hurricanes Friday afternoon. While a 1pm ET weekday start, after everyone’s stuffed themselves silly, sets the table for unpredictable chaos, it’s hard to shy away from the leading Vezina candidate in this matchup. Ullmark is 13-1-0, with a .935 SV% and 1.96 GAA thus far. Ridiculous.

Tristan Jarry (projected), Pittsburgh Penguins (89.8%): Winless since Nov. 5, the banged-up Flyers are altogether having difficulty putting the puck in the opposing net. Winner of three straight – including two ultra impressive showings, respectively, versus the Jets then Flames – Jarry appears back in form after enduring a more challenging stretch dating back to October. And if coach Mike Sullivan opts to save his No. 1 for Saturday’s tilt with Toronto, No. 2 Casey DeSmith is also a reasonably decent fantasy option in Philadelphia this particular Friday.

Winnipeg goalie Connor Hellebuyck is likely feeling annoyed with himself after dropping two in a row for the first time this season. That’s not great news for the Stars, who managed to score just one goal in their last meeting with the Jets’ No. 1 on Nov. 8. With numerous other fantasy options available this hectic day, other than the big three – Jason Robertson, Joe Pavelski, and Roope Hintz – I’m benching all supporting cast members in Dallas while Hellebuyck, one of the best in the biz, endeavors to redeem himself.