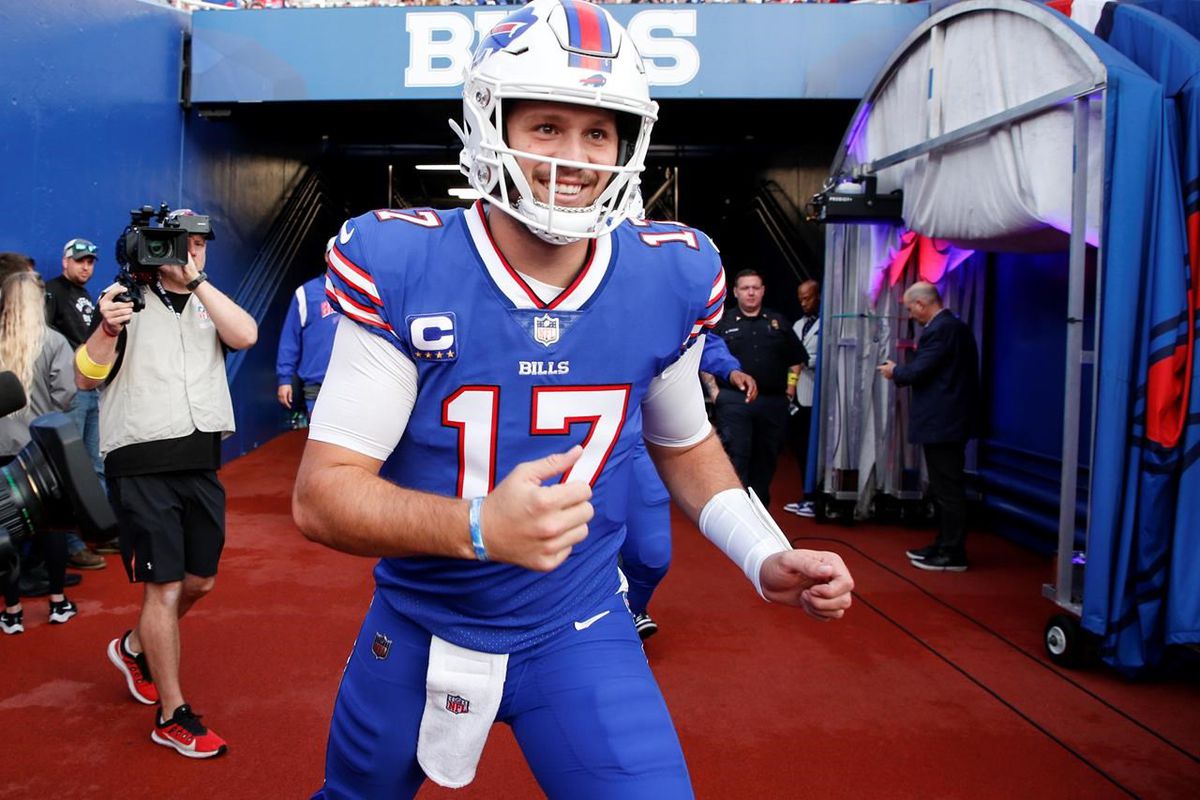 Eric Molds couldn’t be happier to see the Buffalo Bills’ fan base being rewarded for its patience and loyalty.

Before the start of the ’22 NFL season, a majority of prognosticators picked Buffalo as their Super Bowl pick. And thus far, the Bills (2-0) have lived up to the hype, registering convincing victories over the Super Bowl-champion Los Angeles Rams (31-10) and Tennessee Titans (41-7 on Monday night).

Buffalo will certainly have history on its side Sunday when it visits division rival Miami (2-0). Bills starter Josh Allen, who has developed into one of the NFL’s top quarterbacks, is 7-1 lifetime versus the Dolphins.

“I think [the Bills’ resurgence] is great,” said Moulds. “I played on some good teams in Buffalo and we had some bad teams but every time I looked up in the stands there were 80,000 people there.

“The fans are passionate, they live and die with the Bills. I think [GM] Brandon Beane and [head coach] Sean McDermott has created something many people in Buffalo are looking forward to and I’m happy to see it because of the fans there.”

Molds was in Toronto this week participating in NFL Canada’s The Huddle program.

Moulds’ tenure in Buffalo started slowly as he registered 20 and 29 receptions, respectively, in his first two seasons. But the Lucedale, Miss., native had a breakout ’98 campaign with 67 catches for a then-team-record 1,368 yards and nine TDs.

Molds would crack the 1,000-yard plateau four times with Buffalo and in 2002 became the first Bills receiver to record 100 catches in a season. Molds registered 675 career receptions for 9,096 yards and 48 TDs in Western New York before being traded to Houston.

Buffalo posted a .500 or better record in six of Molds’ seasons with the club, reaching the playoffs three times.

Buffalo’s turnaround coincides with the hiring of McDermott and Beane before the ’17 season. Since then, the Bills have posted just one losing campaign (6-10 in 2018) and double-digit wins the last three years in supplanting the New England Patriots atop the AFC East Division.

A big part of that, too, has been the speedy maturation of Allen, the club’s first-round pick (No. 7 overall) in 2018. The 6-foot-5, 237-pound Allen was a career 56.2 percent passer at Wyoming and completed less than 59 percent of his passes over his first two seasons in Buffalo.

However, in Moulds’ mind, the biggest reason for Buffalo’s turnaround has been the ownership of Terry and Kim Pegula. They purchased the Bills in 2014 after the franchise went up for sale following the death of long-time owner Ralph Wilson.

Last March, the Pegulas reached an agreement with both New York state and Erie County on a US$1.4-million, 62,000-seat stadium that would be located in Orchard Park, NY, across the street from the club’s current venue.

“It starts inside with the owners who’ve done just a tremendous job,” Molds said. “When you get owners like that who give you an opportunity to build a team and be successful, the sky is the limit.”

But the franchise’s resurgence has again fueled hope among Bills fans – and that includes a number of Canadians living in southern Ontario – that 2022 will be the year the club ends its Super Bowl frustration. And Molds isn’t worried about Buffalo players being hindered by the increased weight of expectations this year.

“Expectations come with being in the NFL,” he said. “The day you step on that field, there’s an expectation of you and the players know that.

“It’s just a little bigger when guys come out and the media says, ‘You know what? This team has a chance to be a Super Bowl favorite.’ Each team is different… I don’t know if [the Bills] will win but I do think they have an opportunity to go [to the Super Bowl].”

These days, Moulds, 49, is living in Charlotte, where he operates a training facility for athletes ranging from high school to the NFL.

“We probably have 199 athletes playing football, basketball or on track scholarships,” he said. “We have a couple of hockey players and a few lacrosse players.

“We’ve got a lot of kids to college and it’s getting bigger.”

One lesson Molds looks to pass on to his athletes is understanding the importance of studying and being a student of the game they play.

“I tell them all the time it starts in the classroom,” he said. “It’s a cliché but it’s true because you’re in a classroom more than you’re on the field.