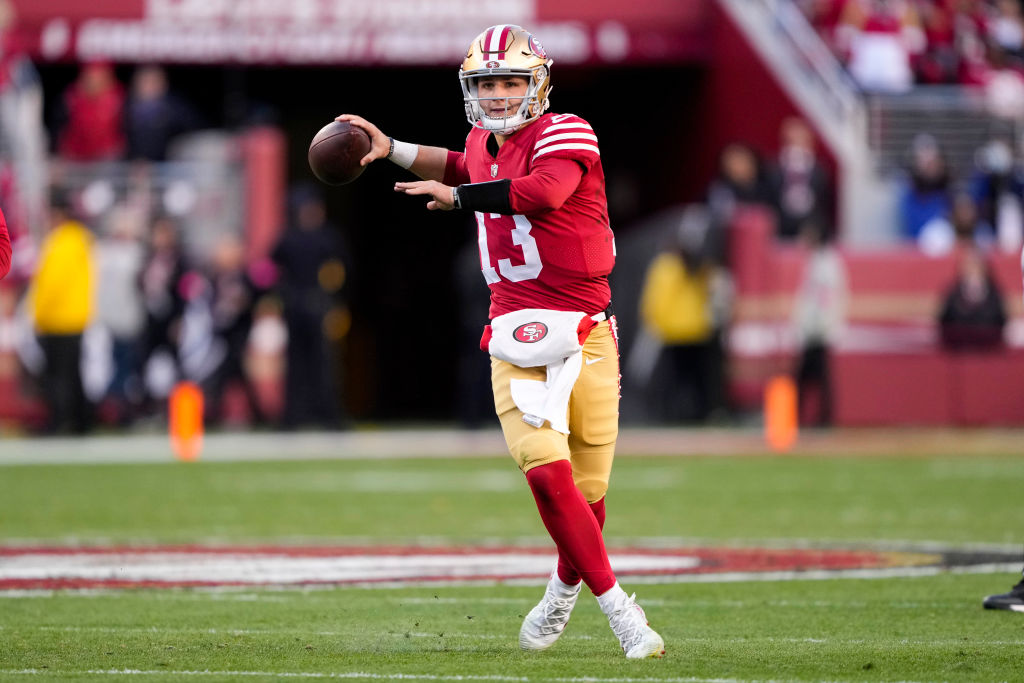 Former wide receiver Steve Smith Sr. has an answer to the mystery of how 49ers quarterback Brock Purdy fell as far as he did in the NFL Draft: fear and laziness.

In an impassioned rant on his podcast, “Cut To It,” Smith pointed out that in a handful of games, Purdy, the last pick in the 2022 draft, has shown more than many blue chip prospects have shown in a year or two.

So how does someone who was capable of taking a team to the conference championship as a rookie fall to the final pick when so many busts come out of the first round? Smith had a blunt answer: “You know how it happened?” Let me tell you, news flash: Scouts are scared.”

Brock Purdy is proof that scouts are wrong all the time. pic.twitter.com/qQarwVe2RN

“We keep saying we’re waiting for Brock Purdy’s draft status to show up,” Smith added. “His draft status is he was the last one. You know why? Because scouts are lazy, and they look at schools, and they say this, and they say that. And they discount people based on some ancillary, dumb — I don’t even know how they evaluate, but they do. And it’s awful.”

Smith threw out several recent draft picks for comparison, including 2021 No. 2 pick Zach Wilson, who has been benched twice this season for poor performance and has thrown 18 interceptions and just 15 touchdowns in two seasons. While comparing Purdy to Wilson does make the Jets look foolish — and who are we to miss an opportunity to laugh at the Jets — there are more late-round players that didn’t make the league than first-round players who did.

As Chad Reuter, an NFL Media researcher and analyst, told SFGATE, “If this wasn’t a surprise at some point, 31 teams wouldn’t have passed on him in all seven rounds and the 49ers would have taken him sooner.”

Just as the 49ers were included there, they’re included here, too. For Smith’s rant to be completely true, that means the Niners’ scouts are just as scared, lazy and awful as every other team. They’re just not as bad by the skin of their teeth.

Even so, those scouts can look even better if San Francisco wins on Sunday against the Philadelphia Eagles, which would make Purdy the first rookie to take his team to the Super Bowl.