By Archie Mitchell For The Daily Mail

The future of UK tech champion Aveva will be decided today as votes are counted for a contentious takeover by France’s Schneider Electric.

Aveva is one of the London Stock Exchange’s few major tech players alongside Darktrace, Sage and Softcat.

It has agreed a deal that would see Paris-based Schneider buy the 41 percent of the company that it does not already own, for 3225p a share. 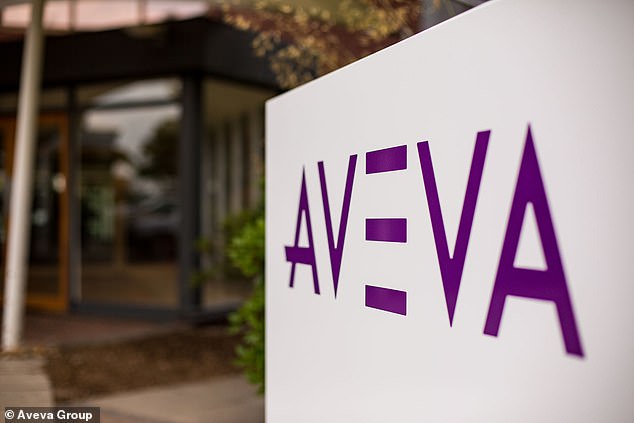 National asset: Aveva is one of the London Stock Exchange’s few major tech players alongside Darktrace, Sage and Softcat

But the deal, which values ​​Aveva at £10billion, is hanging in the balance and needs the support of shareholders at a meeting being held today.

If they approve it Aveva will be removed from the market in a blow to the UK’s credibility as a hub for innovative tech firms.

Jeremy Hunt has promised to turn the UK into the ‘world’s next Silicon Valley’ by combining the country’s science and technology prowess with its ‘formidable financial services’.

But the deal would mark an early setback for those plans. London has struggled to attract leading tech firms despite repeated efforts by Tory governments over the past decade.

Aveva’s takeover requires the approval of at least 75 percent of minority shareholders at the vote tomorrow.

Given Schneider cannot vote, it would only take some 10 percent of the overall shareholder base to reject it for the deal to be blocked.

Jupiter, M&G Investments, Davidson Kempner and Canadian firm Mawer have come out and publicly stated they will vote against the deal.

Another top 20 investor has joined them but does not want to be named.

Schneider and Aveva have been engaged this week in a last-ditch effort to shore up support for the bid as it comes down to the wire.

And in a boost for Schneider, major Aveva shareholder Dr. Patrick Kennedy has backed the deal.

Kennedy was given a 4.2 percent stake in the business when it bought his company Osisoft, an American rival of Aveva, two years ago.

The deal will see Kennedy net a mammoth £420million windfall from his holding.

Critics say that if Aveva is taken over its proprietary technology is at risk of falling into Chinese hands.

Spun out of Cambridge University in the 1960s, Aveva provides software to help engineers design major industrial projects as well as products that help run factories.

Some links in this article may be affiliate links. If you click on them we may earn a small commission. That helps us fund This Is Money, and keep it free to use. We do not write articles to promote products. We do not allow any commercial relationship to affect our editorial independence.