All Right with Wright | NHL.com 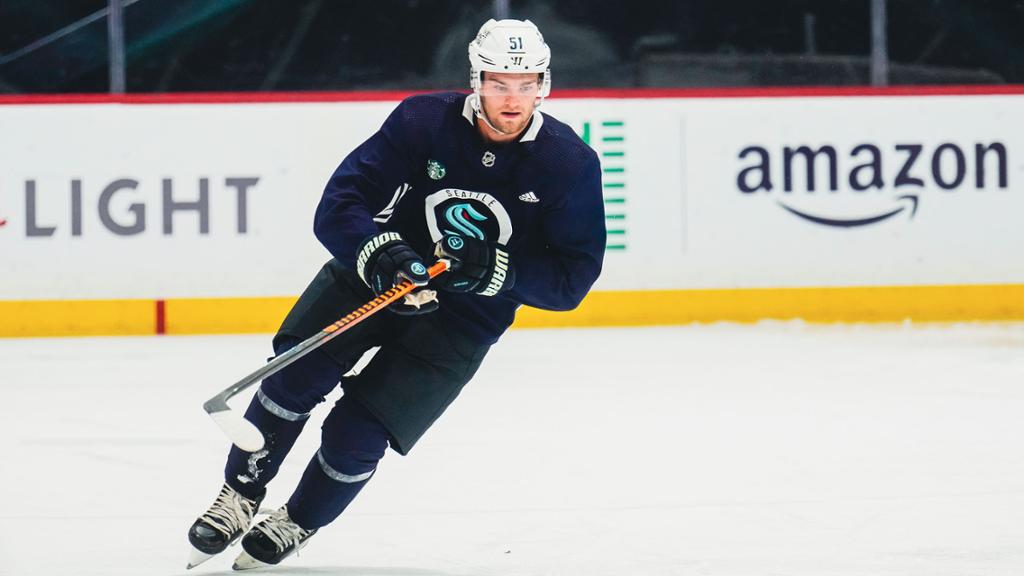 When Kraken 2022 top draft choice Shane Wright stepped off the ice at the conclusion of this summer’s development camp, he was showered with water-bottle splashes and lots of hurrahs from fellow prospects to celebrate his center-ice signing of his NHL entry-level contract after the day’s scrimmage. Fans attending at Kraken Community Iceplex were equally enthusiastic about cheering the No. 4 overall pick in July’s NHL Draft.

The supportive trend will no doubt continue for Wright, who is beloved in Canada for his heroics as a World Junior Championship star and already has Kraken veterans mentioning Wright in the same sentence. Matty Beniers. Along with Beniers debuting at age 19 last spring, Wright can turn to Jared McCann and Jaden Schwartzwho both debuted in the NHL as teenagers.

McCann made the Vancouver roster out of training camp while Schwartz joined St. Louis after a highly successful year in college hockey. In fact, McCann said Tuesday he and Schwartz took Wright out for a recent introductory dinner.

Others on the Kraken training camp roster who appeared in NHL games as teenagers include Jordan Eberle, Andrey Burakovsky, Adam Larsson and Cale Fleury. It’s not lost either that Wright and Kraken GM and Hall of Fame player Ron Francis was once a No. 4 overall pick himself who debuted in the NHL at age 18. Wright doesn’t turn 19 until early January.

Wright, and his parents too, said more than once this summer that the two-way center is in the right city with the right team. But to his credit, Wright is jumping to no conclusions about where he will be when the Kraken open the season Oct. 12 at Anaheim.

“My summer [training program following the draft] was more intense,” said Wright, sweaty and upbeat, after Tuesday’s second and final day of Kraken Rookie Camp. “My goal was to come into training camp. [in the best shape] to earn my spot. That was my mindset the whole summer.”

Wright looked the part in Tuesday’s drills in a workout that expert observers such as Kraken analyst and former NHL player JT Brown and his broadcast partner John Forslund deemed a crisp practice. Along with Wright, 2022 second-rounder Jagger Firkus (35th overall) racked up more believers with his offensive skill set.

The rookies and veterans alike will be on the ice in two groups (9:40 am and 12 noon) Thursday for the start of Kraken Training Camp Presented by Starbucks. The second session will be live-streamed here on www.nhl.com/kraken.

Before the rookie camp, Wright joined Kraken veterans during informal sessions over the last week, meeting everyone and being one of 22 players who attended last Saturday’s University of Washington football win over then-No. 11 Michigan State that resulted in a No. 18 national ranking for the Huskies.

“UW was so much fun and being able to skate with those guys was pretty cool,” said Wright, who exudes matter-of-fact confidence. “It’s great to see where [the NHL veterans] are at and where I have to be to make this team.”

Wright said “speed of play and speed of playmaking” are what’s entirely different and supremely challenging about making the jump from Canadian elite juniors to the NHL.

“Overall, I think I can compete with the speed at this level,” said Wright. “I feel pretty good and feel I can make the plays with those guys. But they are all a lot bigger and stronger than me. I will have to adjust.”