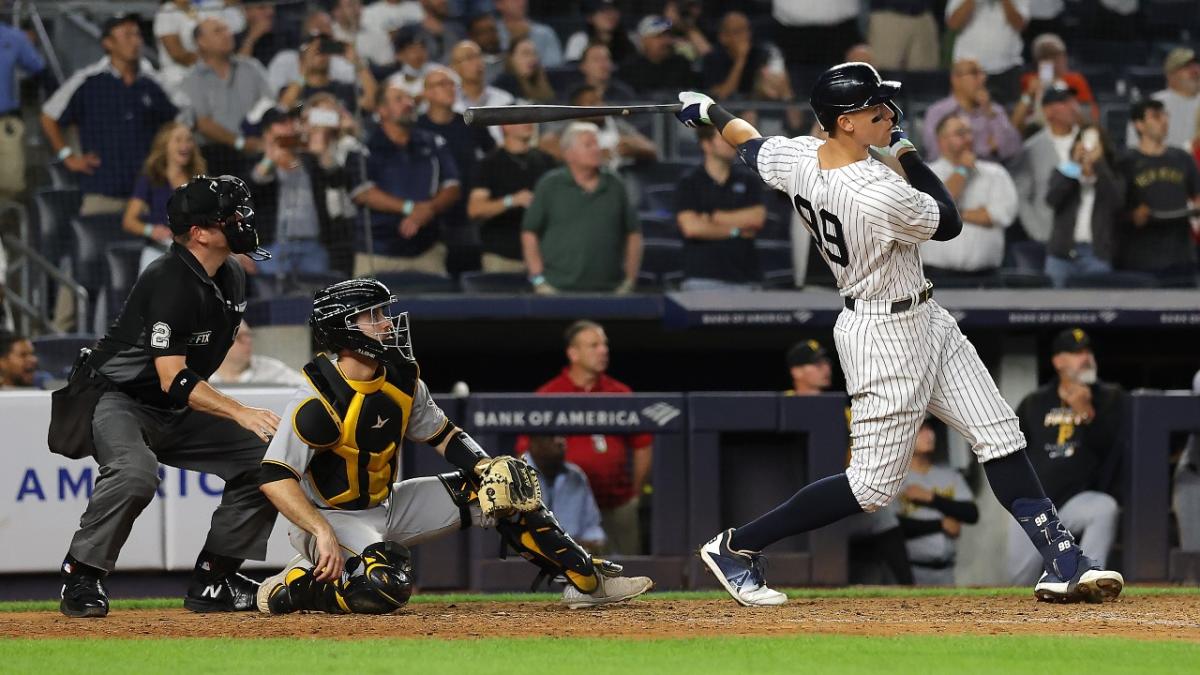 Aaron Judge of the New York Yankees joined an exclusive club on Tuesday by reaching one of baseball’s most hallowed numbers with his 60th home run of the season. He became the sixth player in MLB history to reach the milestone, joining Barry Bonds, Mark McGwire, Sammy Sosa and fellow Yankees Roger Maris and Babe Ruth.

with one more home run, Judge will match the 61 hits by Maris in 1961, which stands as the single-season record for the Yankees franchise and the American League.

Judge, with 15 games remaining, is on pace to hit 65 home runs, per FanGraphs.

Set to become a free agent after the season, the 30-year-old outfielder is also in contention for the Triple Clown, an accomplishment achieved just 12 times by 10 players. Judge is hitting career highs with a .316 average and a 128 RBIs, both of which lead the league as he pursues the triple crown.

A California native drafted by the Yankees in the first round in 2013, Judge hit 52 home runs during his rookie season in 2017. His 60 home runs and counting this year is the most hit in a single season since his Yankees teammate Giancarlo Statnton hit 59 while with the Miami Marlins in 2017.

Judge has a commanding lead in this season’s home run race, sitting comfortably ahead of Philadelphia Phillies outfielder Kyle Schwarbe, who has 40.

Judge hit his 58th and 59th home run on Sunday while going 4-for-5 at the plate in the Yankees’ 12-8 win over the Milwaukee Brewers. It was his 11th multi-home-run game of the season, matching the single-season record shared by Sammy Sosa (1998) and Hank Greenberg (1938).