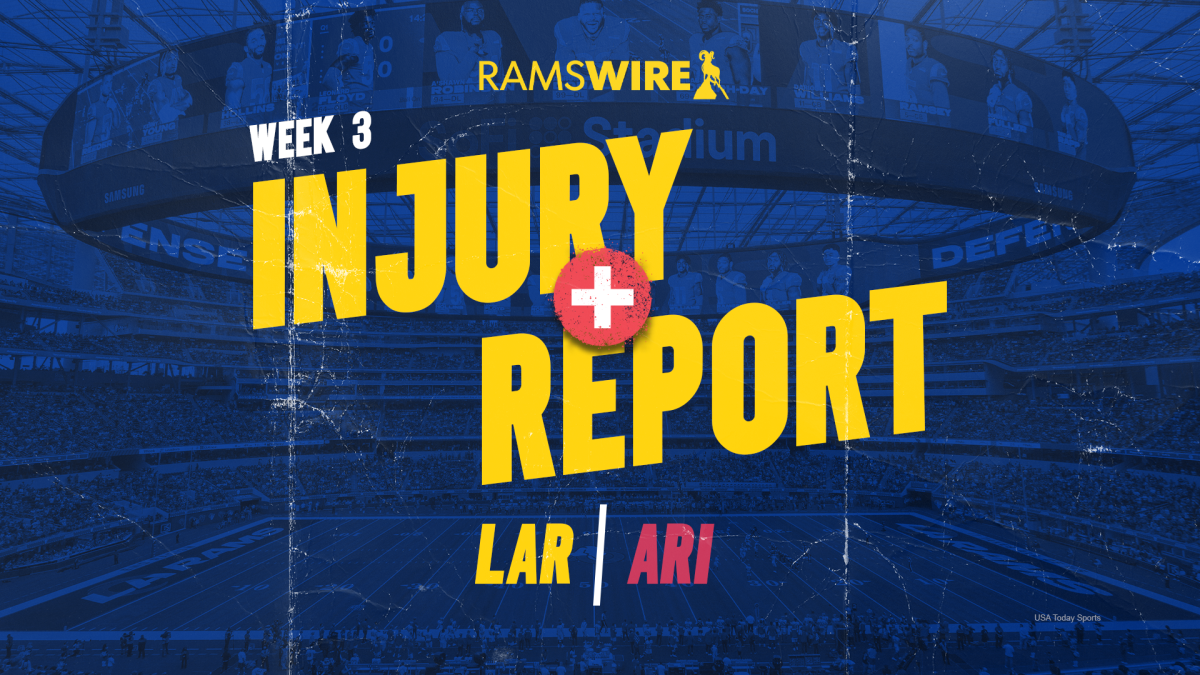 The Los Angeles Rams came to town to take on the Arizona Cardinals at State Farm Stadium Sunday afternoon and released their final injury report of the week. They enter this week’s game with question marks on the offensive line and in the secondary.

In all, four players have been ruled out and another is questionable.

The details of the Rams’ final injury report are below.

Allen will miss his second straight game after not practicing all week. Coleman Shelton, normally the Rams’ starting right guard, will start at center.

The Rams will be missing three of their top four cornerbacks. They still have Jalen Ramsey but their No. 2 corner, Troy Hill, is on injured reserve. Long and Durant got the playing time as the No. 2 and No. 3 last week. Long suffered his injury in practice. Durant was out of practice all week, while Long was out Thursday and Friday after getting hurt and being limited Wednesday.

Jefferson was not expected to play this week. He did not practice.

Fuller suffered a hamstring injury Thursday and was limited then. He was out Friday and is officially questionable. He rotates at safety with Taylor Rapp.