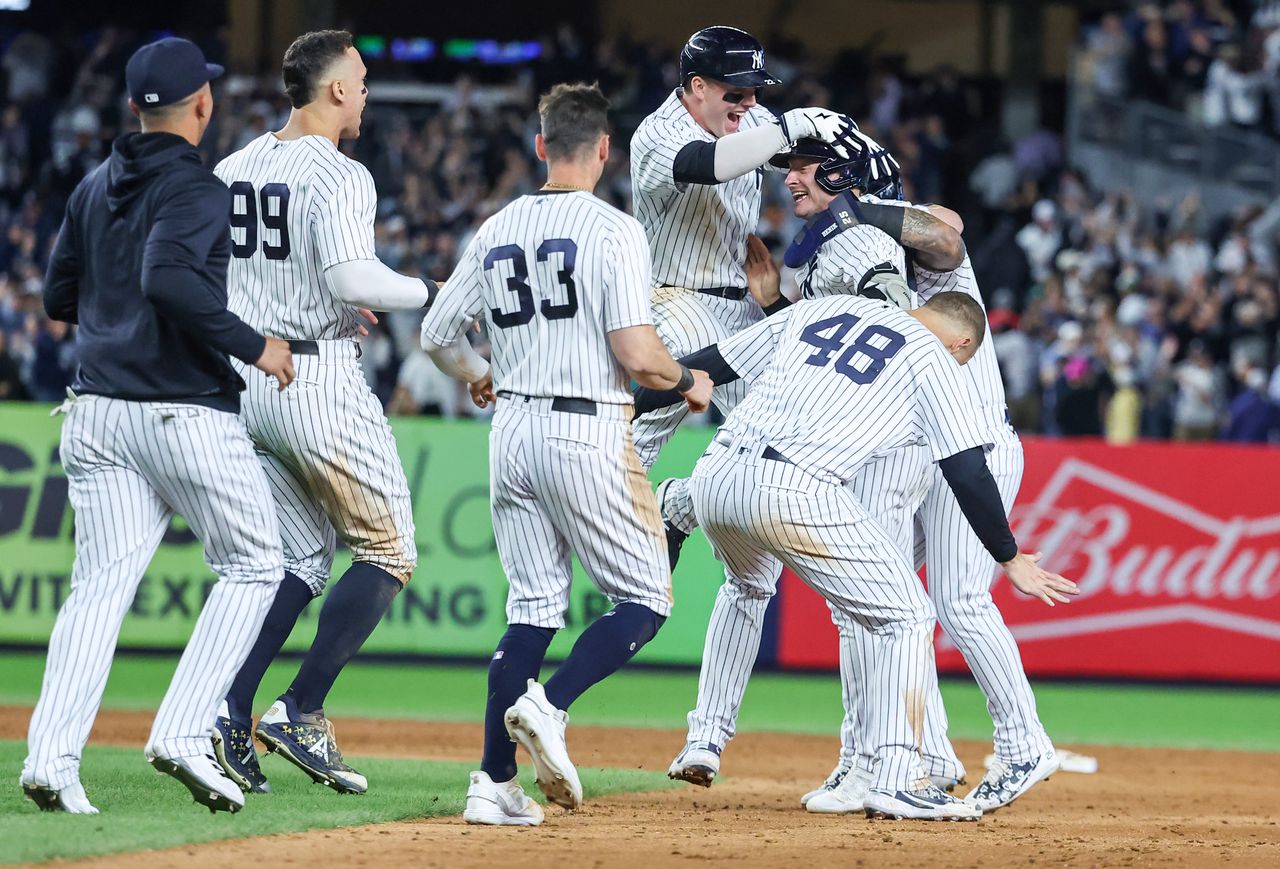 Something special is happening in the Bronx. But it’s more than just Aaron Judge’s quest for home run history and the Triple Crown.

The New York Yankees beat the Boston Red Sox Thursday, 5-4 in 10 innings, thanks to a walk-off single from Josh Donaldson.

The win came two days after the Yankees walked off the Pittsburgh Pirates, 9-8, on Giancarlo Stanton’s game-winning grand slam.

Here are some walk-off fun facts per Yankees PR:

– Thursday marked their Major League-leading 16th “walk-off” win of the season … according to Elias, their 16 “walk-off” wins this season are their second-most in franchise history, trailing only the 1943 Yankees ( 17).

Want to bet on MLB?

Thursday’s win clinched a playoff spot for the Yankees, who remain in contention for the American League East division title.

– Manager Aaron Boone is the first manager in Major League history to reach the postseason in each of his first five managerial seasons (credit: Elias).

Thank you for relying on us to provide the journalism you can trust. Please consider supporting us with a subscription.

Mike Rosenstein may be reached at [email protected].