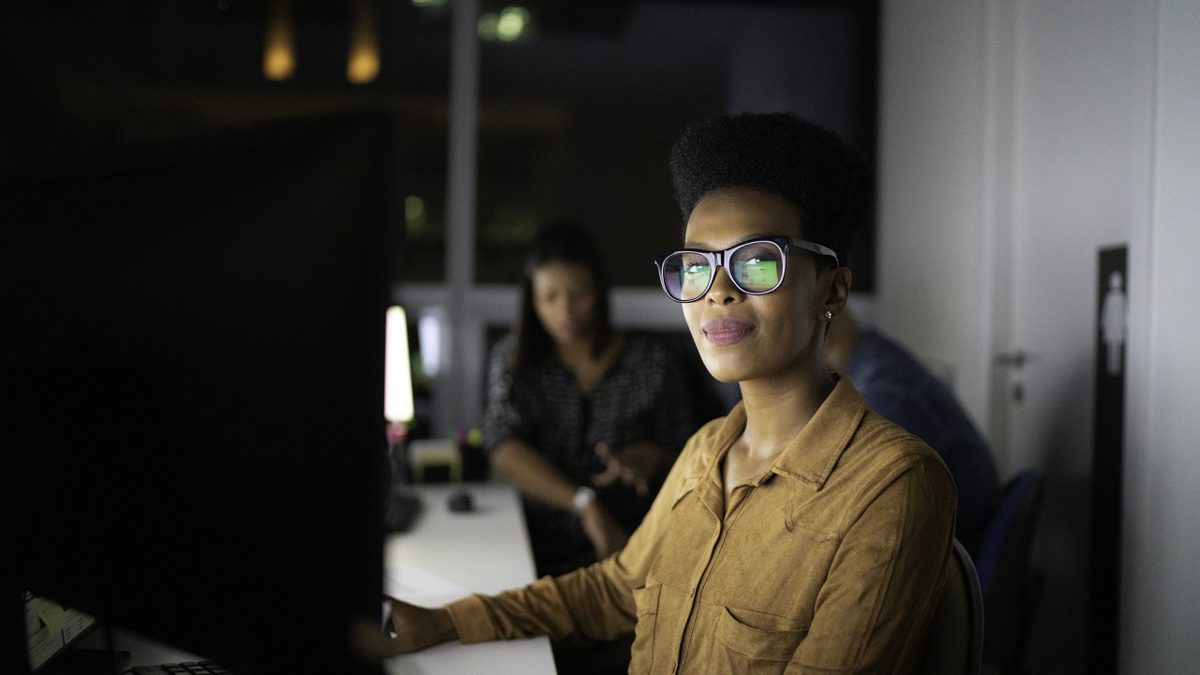 When Microsoft hired Thomas Moore in 2008, he joined the company as a software engineer but quickly noticed that he was the only Black employee on his team. Later, Moore had the chance to attend a school career fair at Florida A&M University on behalf of Microsoft. After working with administrators, students, and his manager to create career prep events, his efforts resulted in strong new hires at Microsoft from a historically black college or university, or HBCU.

At REFACTR, a convention focused on diversity and inclusion in the tech industry, Moore shared the challenges he faced while recruiting Black students and the solutions he came up with to better prepare them for rigorous job interviews at top tech companies. I attended the convention earlier this month.

According to the National Science Foundation, almost 18% of Black students with STEM degrees graduated from HBCUs, and a third of all Black students in the US who have earned doctorates got their bachelor’s degrees from HBCUs. According to Moore, these schools are an untapped resource for new talent that could solve the tech industry’s struggles to fill open positions, particularly in certain niches, such as security.

The demand for trained cybersecurity employees is massive, despite cybersecurity being one of the best-paid careers in tech, according to a 2020 study. From May 2021 through April 2022, the US had 180,000 openings for information security analysts, according to CyberSeek, but only 141,000 workers are currently employed in those positions, resulting in an annual shortage of 39,000 employees.

At the same time, a recent study from EdWeek revealed students in small and high-poverty school districts are significantly less likely to be exposed to cybersecurity education. That means lower-income, and minority students have significantly fewer pathways to the cybersecurity field as a career.

This year, the US government expanded Project Reach, a program that connects K-12 schools to HBCU computer science and cybersecurity programs via campus visits, classroom support, and providing kid-friendly cybersecurity activities. “This collaboration between universities and high schools will be critical to solving the cybersecurity workforce shortage and introducing students to cybersecurity careers at a young age,” said Laurie Salvail, the director of cyber.org, the workforce development organization running Project Reach.

The pilot initiative launched with Grambling State University in 2021, and Project Reach recently announced that 10 additional HBCUs intend to join the program.

When Thomas Moore first visited FAMU’s career fair to scout for Microsoft career candidates, Project Reach hadn’t even started yet. But in his case, finding a talented pool wasn’t the problem. Moore told the audience at REFACTR that his main hurdle in recruiting was preparing the students for real-world job interviews in the tech industry.

While many of the potential candidates talked about being intelligent and ambitious, they hadn’t been prepared for the rigorous technical interviews that major tech companies are known for. They’re entirely different from job interviews with stock questions like “Where do you see yourself in five years?” Moore connected with an outgoing student named Jay at the career fair and organized a separate session with a small group of students to teach them how to approach technical interview questions.

During subsequent visits to FAMU, Moore made an effort to speak with administrators about their computer science curriculum and how to better prepare students to interview for lucrative careers at big tech companies. His advice eventually landed him a spot on the school’s advisory board. He also obtained funding for future interview prep breakout events with students.

The sessions Moore created included not just interview prep and mock interviews but also opportunities for students to have their resumes reviewed by industry professionals. Several FAMU students were hired at Microsoft while Moore was at the company.

If you’re wondering how Moore found the time to take several trips to a university campus in Florida over the years, he negotiated the time spent working on the company’s diversity initiative into his job description. Specifically, Moore said he requested 10% of his work time to go towards his work with FAMU to train the future tech workforce, which his manager at Microsoft approved. When he later left the company to work for Mozilla as a software engineer, he made a similar pitch, and his new manager approved it as well.

How to Create the Tech Workforce of the Future

Currently, Moore is working again at Microsoft, this time as a senior software engineer. He lamented that the pandemic kept him from visiting the FAMU campus for more than a year. Moore says he has kept in contact with the university administrators and staff and is participating in online recruiting activities such as e-mentoring until he can return to Florida for an in-person visit.

In his presentation, Moore offered these tips to anyone in the tech industry interested in working with administrators at an HBCU to better prepare Black students for tech careers:

Some of the biggest tech companies already have new training and recruitment programs up and running at thousands of educational institutions around the US, such as Microsoft’s Cybersecurity Scholarship Program. In 2021, Google launched the Google Career Certificates to help tens of thousands of Americans get job training and help with career placement. IBM is making inroads in combating the cybersecurity career talent shortage with its recent partnerships with HBCUs to develop solid cybersecurity curricula at participating schools.

If you’re looking to make a career switch or if you hope to enter the tech workforce in the future, check out PCMag’s guide to training online for some cybersecurity skills.