Where will Lamar Jackson end up in 2023? 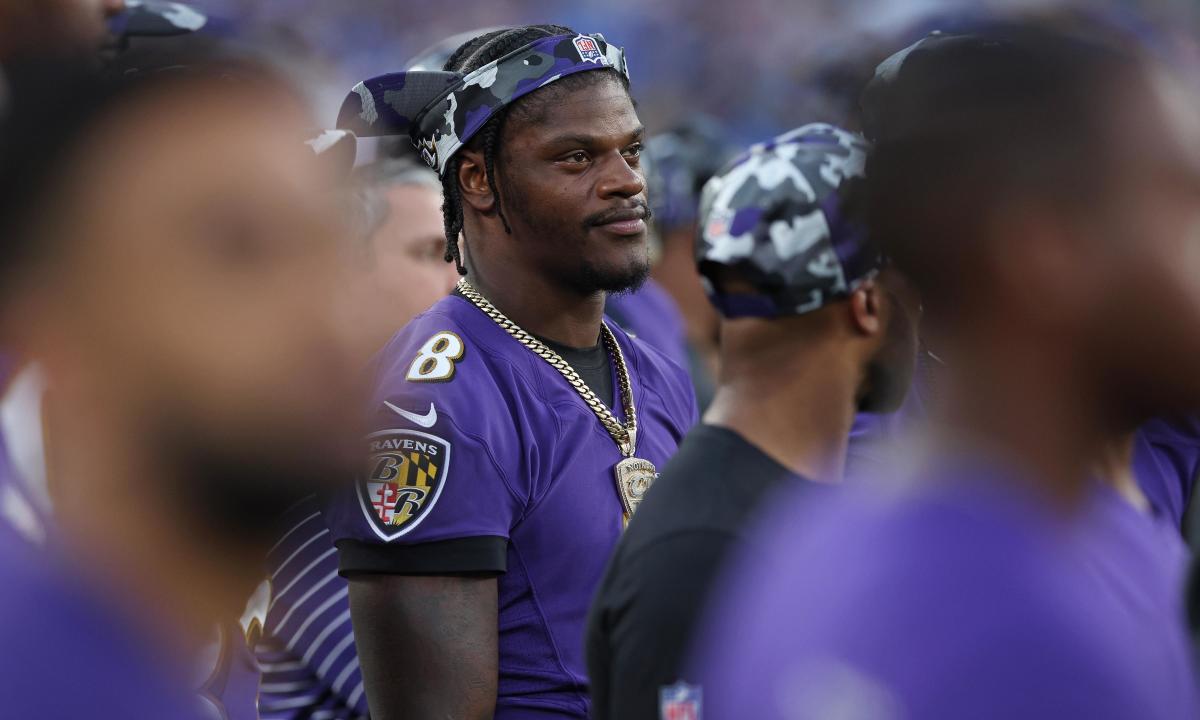 With apologies to Tom Brady’s impending free agency/retirement, Lamar Jackson’s standoff with the Baltimore Ravens lingers as the most intriguing storyline of the offseason.

Jackson is a perennial MVP candidate, the closest thing the league has to a one-man offense. He’s only just turned 26. But he also plays a distinctive, collision-based style, and his last two seasons have ended with injuries. His current style has a shelf life – and there are questions about whether he can evolve as he ages or how that evolution affects his value.

According to reports, Jackson has turned down an offer from the Ravens that includes $130m fully guaranteed, a figure that would put him behind Matthew Stafford, Russell Wilson, Kyler Murray, Aaron Rodgers, Josh Allen and Patrick Mahomes in the contractual pecking order. Jackson wants to be paid like the best quarterback in the league – whether by the Ravens or someone else.

Let’s rank the likely landing spots for Jackson this off-season in ascending order.

Let’s start with an outside candidate. Approaching the end of his career, New England head coach Bill Belichick is willing to make a swing to get the Patriots back into playoff contention. That means upgrading at quarterback – even if you’re a Mac Jones truther.

Belichick has been insular in building his staff and acquiring players in recent years. It’s worked on defense. Over the last two seasons combined, the Pats rank third in EPA per game, a championship-caliber output. But the offense has hit a wall. New England looks devoid of ideas; Belichick’s plan to entrust his former defensive lieutenant Matt Patricia with the Pats’ offense in 2022 was a predictable disaster. Acquiring Jackson would force a much-needed, radical shift in philosophy.

Making a swing for Jackson would also fit with the timeline of Belichick’s coaching career. Who cares if the contract is ugly on the back end if it gives the 70-year-old Belichick and 81-year-old owner Robert Kraft a shot at a seventh title together before they call it a day?

Would Baltimore allow a deal to Belichick, a rival throughout the Brady era? No chance. Is it possible if Jackson signed a non-exclusive tender? You bet.

Tua Tagovailoa’s health concerns will hang over Miami’s offseason. Tagovailoa has given no indication that he plans to retire (quite the opposite) after sustaining multiple concussions during the season, but the Dolphins know it’s a possibility in the medium term. Either they’ll have to chase a reliable, expensive backup, or they will upgrade their starting spot now.

Dolphins owner Stephen Ross is a notorious meddler. And he’s desperate for even a whiff of success as he approaches his mid-80s. He spent two years tampering with Tom Brady. He spent last offseason tampering with Sean Payton and Brady, costing his team a first-round pick in this year’s draft, something which may wind up pushing them out of the Jackson sweepstakes.

Ross may commit to Tagovailoa, who played to an MVP level when healthy in 2022. Or he could pursue Brady again. Or he could pick the middle ground, looking for a proven star with fewer short-term injury concerns.

For Jackson, the Dolphins would represent the ideal landing spot. He would be surrounded by more firepower than at any point in his career – and he would be working with an offensive guru who is at the cutting edge of where the league is going.

The Jets will go whale hunting at quarterback this offseason. And they have the kind of young, talented core – on both sides of the ball – that should have veteran quarterbacks falling over themselves to move to New Jersey. Aaron Rodgers has already been linked. Derek Carr would be a significant upgrade over the Zach Wilson Experience. Even Tom Brady makes some sense, if he wants to end his career in the biggest media market in the country doing the impossible: turning the loser of the loser franchises into a winner.

If Jackson’s on the move, though, the Jets should barge to the front of the queue. Robert Saleh has the defense humming. The offense is brimming with talent. As roster comparisons go, it’s probably a dead heat between the Ravens and Jets, although the Jets have a clear advantage at receiver. The Jets have poured a ton of resources into the offensive line, and in Garrett Wilson and Breece Hall, they’ve drafted a pair of potential super-duper stars.

The question then is whether Jackson would be willing to trade in the consistency and respectability of the Ravens for the volatility of the Jets.

The Fighting Dan Campbell’s are more than a feel-good story. Two years of rebuilding has primed Detroit to make a run. The Lions ended the season as the NFL’s hottest team: the defense began to show a pulse from the mid-point of the campaign onwards; the offense was explosive, efficient, and creative.

The Lions are closer to competing for it all right now than the consensus suggests. They finished the 2022 season with the third-youngest offense and second-youngest defense by snap-weighted age. When healthy, the Lions’ offensive line is as talented as any in the league. They have assembled a dynamic receiving group, headlined by Amon-Ra St. Brown, DJ Chark and first-round pick Jameson Williams, the most explosive receiver in last year’s draft. The average age of that trio: 23.

Related: The craziest thing about Brock Purdy’s improbable rise? The praise is deserved

With Jared Goff at quarterback, the Lions will be the favorites to win the NFC North next season. With Jackson, they’d move into contention for the NFC as a whole.

Jackson can single-handedly elevate a fringe playoff team into a championship contender, and Atlanta looks like the ideal spot. The path to the playoff runs through a lousy NFC South. Now that Brady is a free agent, who’s the best quarterback in the NFC South? Andy Dalton? Sam Darnold? Drop Jackson on the Falcons roster, with no offseason additions, and they would walk to the NFC South title by a comfortable margin.

The Falcons already have better weapons at the skill positions than the Ravens. Kyle Pitts and Drake London are the kind of malleable one-two punch every great modern offense needs, and they have the kind of rare, overlapping skills that would be difficult for Baltimore to replicate in one offseason.

And the Falcons are just at the beginning of their process. They have the No. 8 pick in the draft and $80m in cap space to upgrade their roster. They can chase another receiving weapons via the trade market – or splurge the cash on improving a moribund defense. And they can do so with plenty of money left over to hand Jackson whatever contract he likes, without it being too punishing on the back end if things go sideways.

If Jackson wants to work in collaboration with a front office to build a franchise – and team – in his image – one that can compete from year one – the Falcons make the most sense.

Staying in Baltimore remains the most likely scenario. There is some logic in the Ravens not matching Jackson’s contractual demands. The injury history. His playing style. The difficulty in building around a quarterback making $50m a year. And yet if the Ravens do not budge on their offer, then they must be willing to be the franchise that lets Lamar Bleeping Jackson walk – and to step off the ledge into the quarterback void.

Good luck with that.

Jackson knows that. But the Ravens know this: Baltimore remains an ideal spot to contend for championships. Jackson is balancing two priorities: first, maximizing his value, knowing his style has less longevity than some of his contemporaries; second, finding a spot where he can compete for a Super Bowl right away. It is possible to achieve both goals with the Ravens.

Through five seasons, Jackson has been a one-man offense in Baltimore. He needs help. The defense has held up its end of the bargain – after acquiring linebacker Roquan Smith in the middle of the season, the defense shot up from 31st in EPA per play to the top spot in the league.

And so into another offseason we go asking if the Ravens can expand and improve their offense. The Ravens moved on from offensive coordinator Greg Roman at the conclusion of their season, and will chase a coach whose style is more in line with league trends. More than anything, though, they need talent. If the Ravens can hang on to Jackson, they need to do so while still having the wriggle room to pursue a veteran receiver in the trade market – say, DeAndre Hopkins.