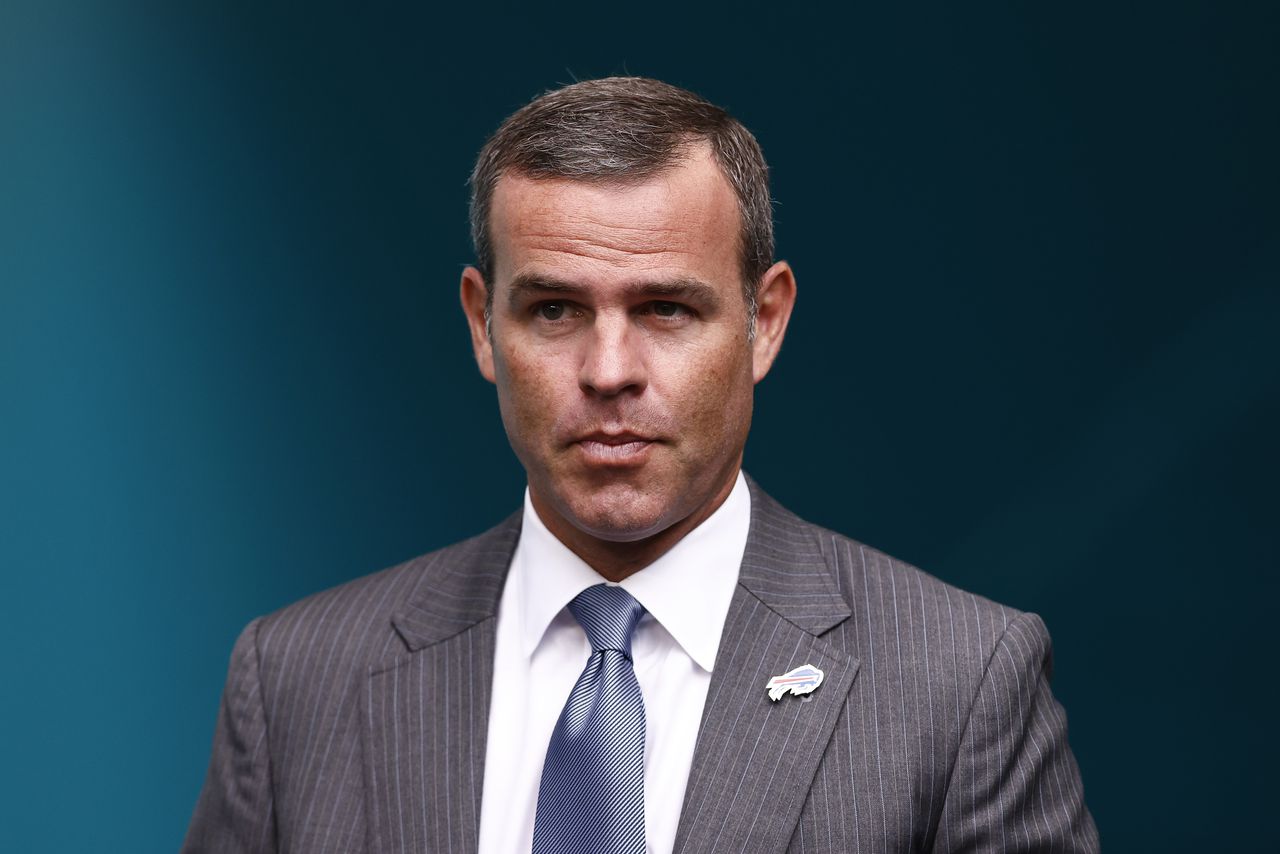 Brandon Beane believes in going up to get your guys when the situation presents itself.

In the 2022 NFL Draft, it happened twice. In the first round when the Buffalo Bills moved from No. 25 to No. 23 to select cornerback Kaiir Elam and in the fifth round when the team moved picks 168 and 203 to the Chicago Bears in exchange for pick 148 to select wide receiver Khalil Shakir.

Simply put, Beane told Bally Sports’ Mike Silver that it’s better to get the guy you’re excited about rather than losing out on the player and stewing about it.

“I’d rather give up another pick and know I get a guy I’m excited about,” Beane told Silver. “I always ask myself, ‘How pissed am I gonna be if I lose that player?’ That’s how I approach it. I’m not sure it’s the right way – but it’s the way I’m wired. ”

Elam was the Bills’ last player with a first round grade. And Shakir? Well, the receiver stood out on Buffalo’s draft board to the point where Beane moved up 20 picks from where he was slotted to draft in the fifth round while throwing in an additional day three pick to get his guy.

Beane did not have to worry about being pissed off about missing out on Shakir. No, it was other general managers who were seemingly pissed off by the move.

Beane told Silver that he heard from people around the NFL after making the pick.

“I got a few texts from around the league after that one,” Beane told Silver. Silver shed some light on the texts.

“The gist of those texts: Damn you for taking him. We wanted him, ” Silver wrote.

Had Beane stayed at pick 168, he may have been the one sending an angry text rather than receiving them from peers around the league.

‘Someone get me a table’: The Punt God reacts to joining Bills

Talk about the Bills

Be sure to check out and subscribe to “Shout! The Buffalo Football Podcast ”with beat writers Matt Parrino and Ryan Talbot.