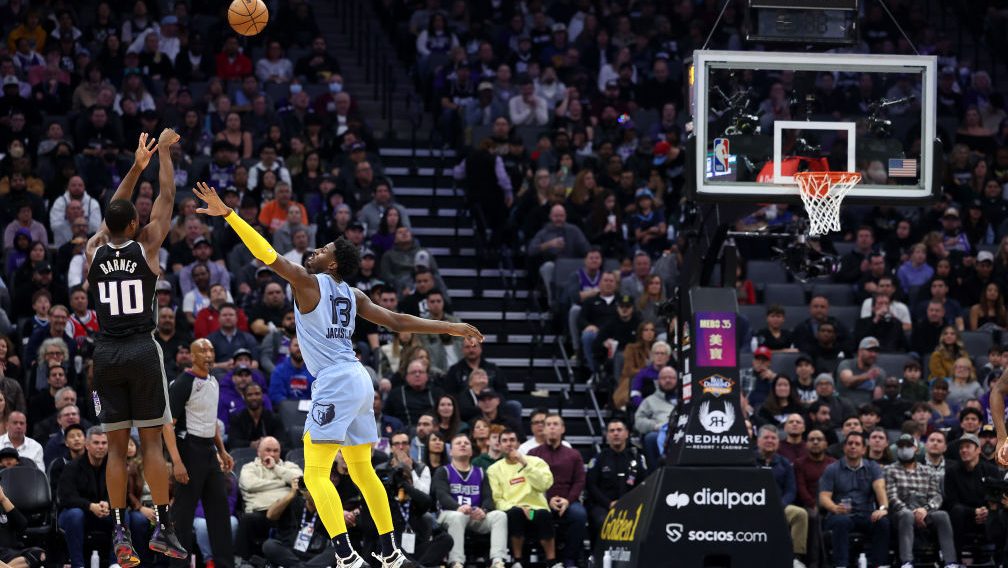 The Sacramento Kings went on to hit 12 3-pointers in the first quarter, tying the NBA record.

That kind of shooting gave the Kings a double-digit lead, but the Grizzlies started to chip away at that in the second quarter and by the third had come all the way back to the lead. Then the fact that this was the second night of a road back-to-back — and Memphis was without star Ja Morant (left ankle soreness) — started to kick in, the Kings played with their usual offensive force, and Sacramento pulled away for the easy 133-100 win. Trey Lyles led the Kings with 24 points, while Keegan Murray and Harrison Barnes each had 20.

It’s another road loss for the Grizzlies, although this one is explainable and even understandable.

Sacramento keeps on winning for Mike Brown, they have lit the beam 27 times this season and sit as the No. 3 seed in the West. They remain one of the great stories of this season.

Check out more on the Kings