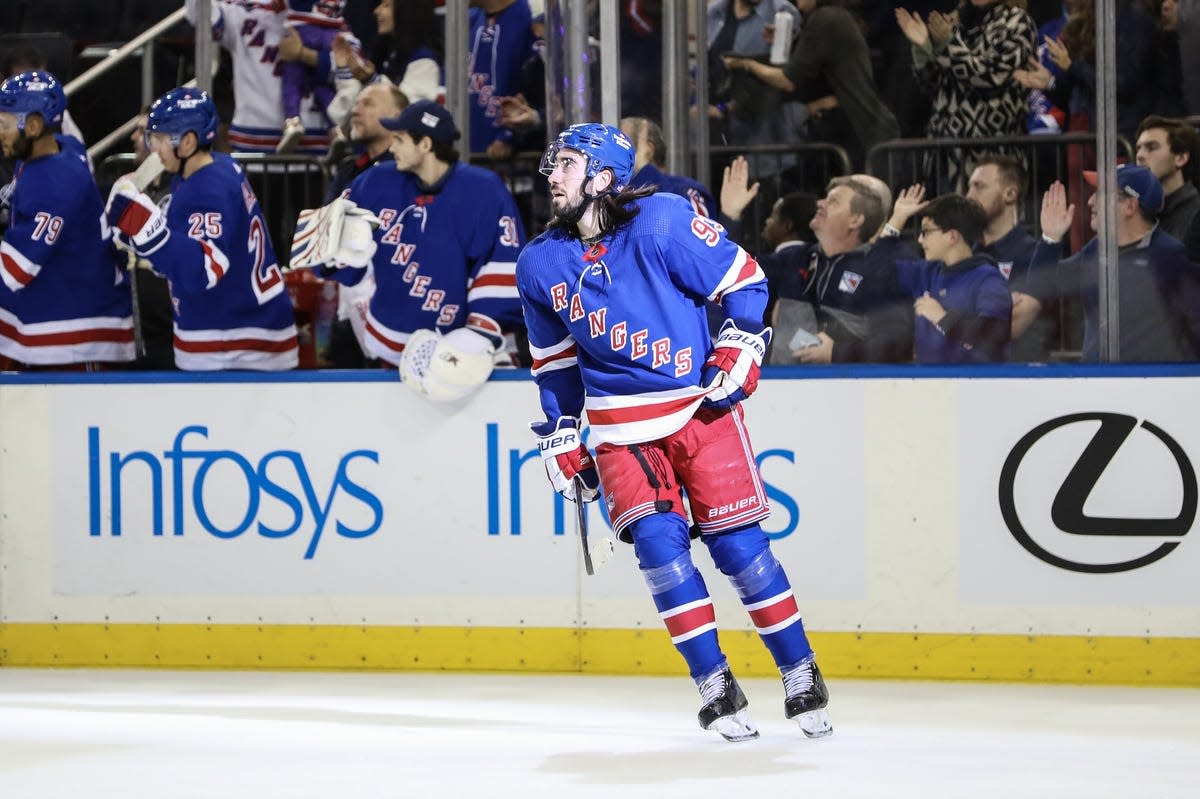 With wins in four of their last five games, the Florida Panthers skate into Madison Square Garden tonight looking for their first win against the New York Rangers since 2021 and their first win at MSG since 2019. The Rangers are currently in third place in the Metropolitan Division, trailing Carolina by nine points and coming into tonight’s game on a two-game home losing streak having lost to Montreal and NHL-best Boston in the last eight days. The Panthers are on a two-game winning streak and are aiming to avenge a 5-3 home loss to the Rangers on New Year’s Day.

How to Watch Florida Panthers at New York Rangers:

The Rangers are led by winger Artemi Panarin and center Mike Zibanejad who have 47 and 46 points respectively through the teams first 46 games. Both Panarin and Zibanejad were held scoreless in Thursday’s 3-1 loss to Boston, marking the second time in nine January games the duo had not tallied a point.

Panthers winger Matthew Tkachuk leads the team in goals and assists and ranks eighth in the National Hockey League with 59 points. Tkachuk has sixteen points in his last 11 games and is on pace for his second consecutive 100-point season, his first since being traded by Calgary to Florida over the summer.