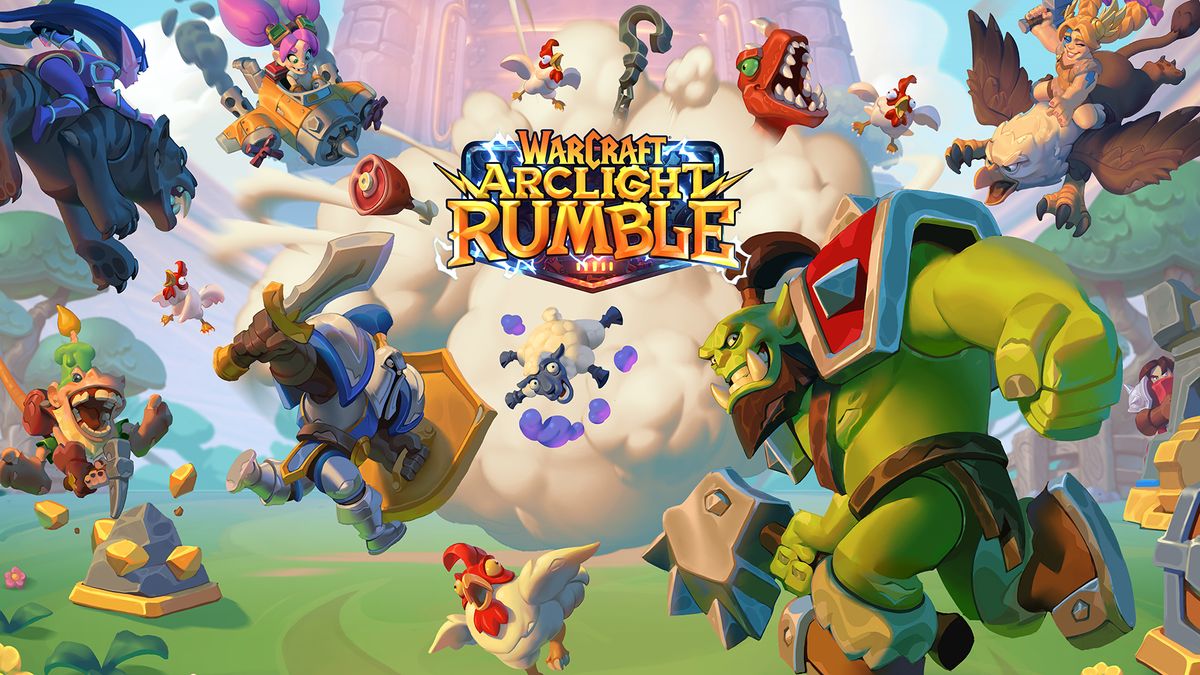 Blizzard has announced Warcraft Arclight Rumble, a mobile game it’s calling a ‘tower offense’ strategy game. The game, which has you collect characters from the Warcraft franchise and battle them across many levels, will be Blizzard’s third mobile game, and will be available in beta soon. Unlike Diablo Immortal, the developer told me it has “no plans” to bring Arclight Rumble to PC.

Arclight Rumble distills the Warcraft real-time strategy format into something controllable with just a finger. Battles take place on a vertical map where you, governed by the gold you collect over the course of the level, send units into lanes to clash with enemies automatically. There’s no micromanagement here. It’s all about plopping your heroes down, letting them waddle down the lanes, and trying to abide by the rock-paper-scissors rubric for flying, ground, and ranged characters.

Arclight Rumble features a singleplayer campaign during which players earn units, or ‘minis’, to compile into armies with specialized abilities. Undead units can feed off of remains littered on the battlefield, spiders can spit poison, and rogues can stun enemies.

In a build I played in advance of the announcement, creating armies felt like creating a simplified Hearthstone deck. You’re incentivized to build them around themes tied to race or class to deal with level-specific complications. With time, units can earn talents to help shape the types of abilities and buffs they can provide. Blizzard said there will be over 70 missions to complete, along with daily, weekly, and monthly challenge levels to complete for extra rewards.

Warcraft Arclight Rumble will feature dungeons and raids much like multi-stage fights in Hearthstone. World of Warcraft players will recognize Onyxia from the trailer, and Blizzard said other recognizable raids, like Molten Core, will show up, too. You can also join a friend in co-op for these or battle them in PvP — which Blizzard told me isn’t quite the goal of the game, but will potentially be expanded in the future.

In the build I played, you could use real money to purchase minis, experience for your minis, and experience multipliers, but none of it felt necessary to make it through the campaign levels. It was easy enough (and fast enough) to blast through quest missions to level up my armies and earn minis. This could become a problem as you get deeper into the game, but the monetization doesn’t seem to be too aggressive from what I saw. It seems like Warcraft Arclight Rumble will pull players through a variety of levels with tricks to puzzle out — like a warship that sends down artillery strikes on your units periodically — without putting up a brick wall that only cash can break through.

Warcraft Arclight Rumble will be in beta soon.