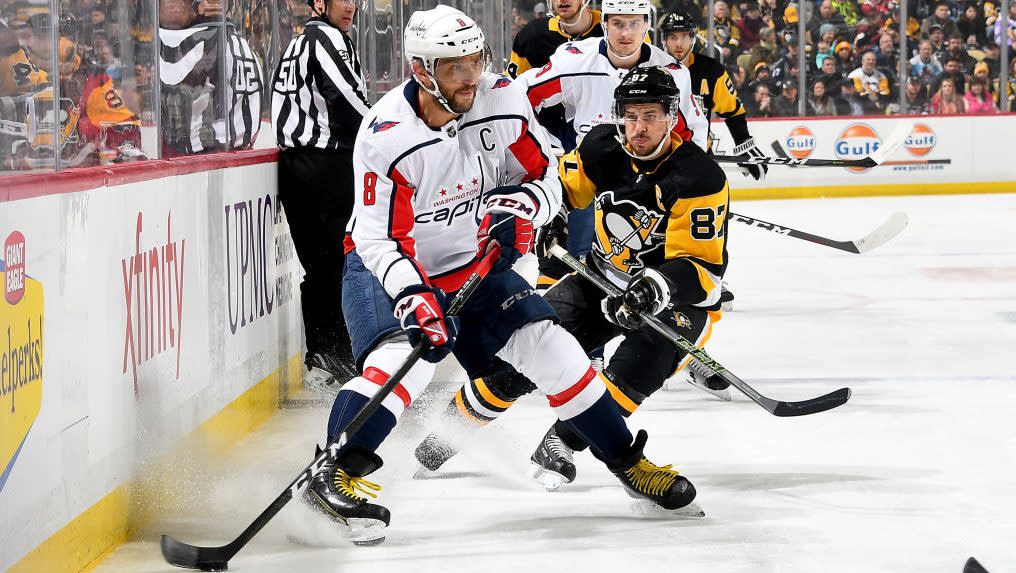 The Wraparound is your daily look at the 2022 NHL Stanley Cup Playoffs. We’ll break down the NHL playoff games today with the all-important television information.

• Catch up on the first night of the 2022 Stanley Cup Playoffs with the NHL Rink Wrap. Hurricanes handled the Bruins, Maple Leafs dominated the Lightning, Blues blanked the Wild, and Kings outscored the Oilers.

• The Predators announced that Juuse Saros won’t suit up for at least Game 1 and 2 vs. the Avalanche.

Despite those droughts, it’s still at least a little disorienting to realize that many view the Capitals and Penguins as underdogs as they approach Game 1 matchups in their respective First Round series.

With the Capitals, it’s less jarring. The Presidents’ Trophy-winning Panthers would be favorites against the Capitals (in Game 1 and beyond) even if Alex Ovechkin was totally healthy. While Ovechkin may play for the Capitals in Game 1 (7:30 pm ET; ESPN2), it’s unclear if he’ll be his same disruptive self (could his upper-body injury affect that still-elite shot?) vs. the Panthers.

With the Penguins, it’s a bit more nuanced against the Rangers.

On one hand, Penguins such as Kris Letang do indeed acknowledge some of that underdog talk regarding the Rangers.

Ponder the advantage Igor Shesterkin represents, Tristan Jarry’s injury enhances, and how the Penguins stumbled down the stretch, and you get a quick synopsis of the underdog narrative.

Then again, isn’t usually the favorite who gets “goalie’d?”

The Panthers are hoping for their first series win since they’re lucky run to the 1996 (!) Stanley Cup Final. For all the expectations the Rangers have generated during a super-charged and hyper-fortunate rebuild, they still have a lot to prove.

Starting respective series on the road in Game 1, the Penguins and Capitals are unlikely to pass the torch without a fight.

Game 1: Predators at Avalanche, 9:30 pm ET – ESPN: In a dream world where you could turn injuries “off,” the Predators would be huge underdogs against the Avalanche. If you’ve scrolled a feed or two lately, you’ll likely note that things aren’t that perfect very often. Juuse Saros can’t play for the Predators in at least Game 1 and 2, removing the most credible route for an upset over the Avalanche. That said, the Predators defied expectations, and the hockey playoffs are almost always unpredictable, so who knows?

Game 1: Stars at Flames, 9:30 pm ET – ESPN2: Were the Stars truly lucky in drawing the Flames instead of the Avalanche in the First Round? The Flames strike as the exact type of team that can be a nightmare in the playoffs, though the Stars also boast some of the elements of someone who’s a tougher out in the postseason than the regular 82 games. This could be a series where two great top lines (Calgary: Matthew Tkachuk, Johnny Gaudreau, Elias Lindholm; Dallas: Jason Robertson, Roope Hintz, Joe Pavelski) get more mainstream due.

James O’Brien is a writer for Pro Hockey Talk on NBC Sports. Drop him a line at phtblog@nbcsports.com or follow him on Twitter @cyclelikesedins.