Travis Gipson driven to show he can dominate in the NFL 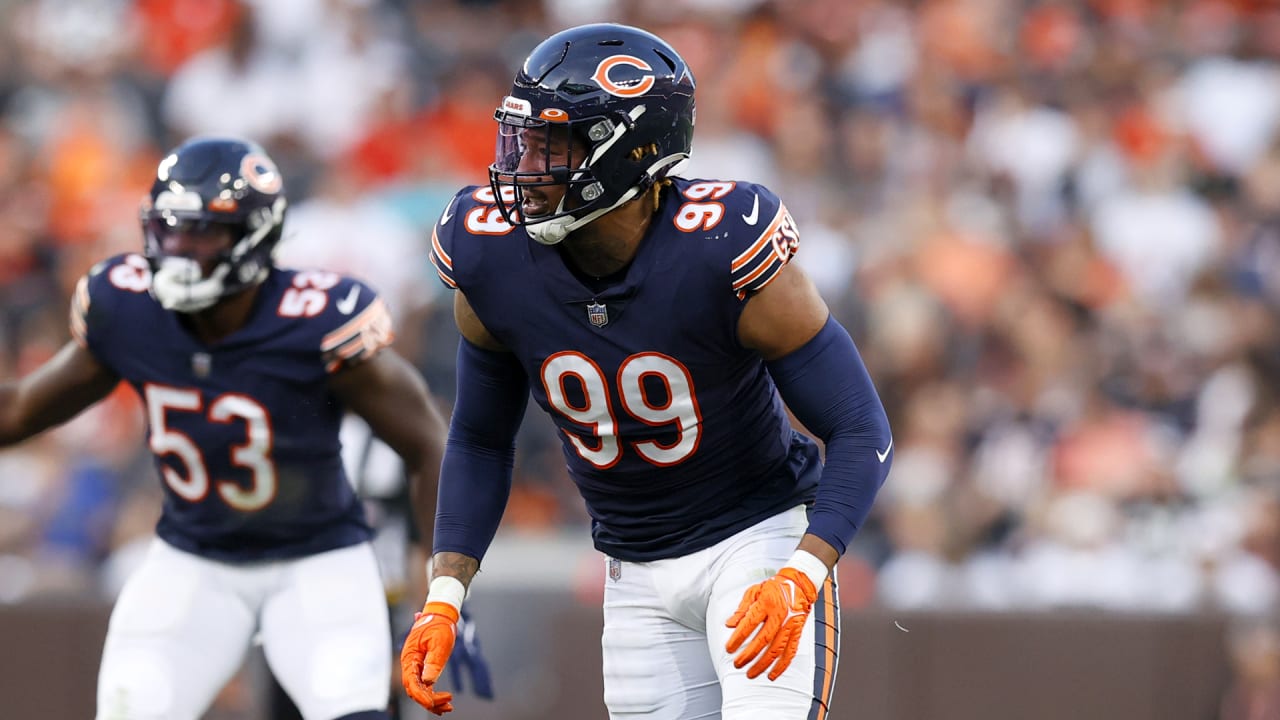 Despite the increased production, Gipson remains motivated to show that he’s better than advertised. It’s the same chip on his shoulder that formed when he dropped into the fifth round of the 2020 NFL Draft.

“It’s just really being underrated, being overlooked,” Gipson said Thursday. “People underestimate me, not knowing if I can compete. So I’m still trying to prove my worth to this league and my organization and even myself, knowing that I can dominate this game.”

Gipson demonstrated that last Sunday night in Green Bay, compiling two sacks of Aaron Rodgers and pressuring the future Hall of Famer into an incompletion with another strong pass rush.

It’s not a coincidence that Gipson looks comfortable in the Bears’ new 4-3 defense; it’s very similar to the system he played in at Tulsa. One thing he likes most about it is that he can focus on rushing the quarterback and not having to drop into pass coverage like he did when he played outside linebacker in the Bears’ 3-4 scheme the past two seasons.

“I like it,” Gipson said. “It just allows me to rush, going forward instead of backward and just fighting the man in front of me and not having to worry about little receivers or slot backs. That helps a lot.”