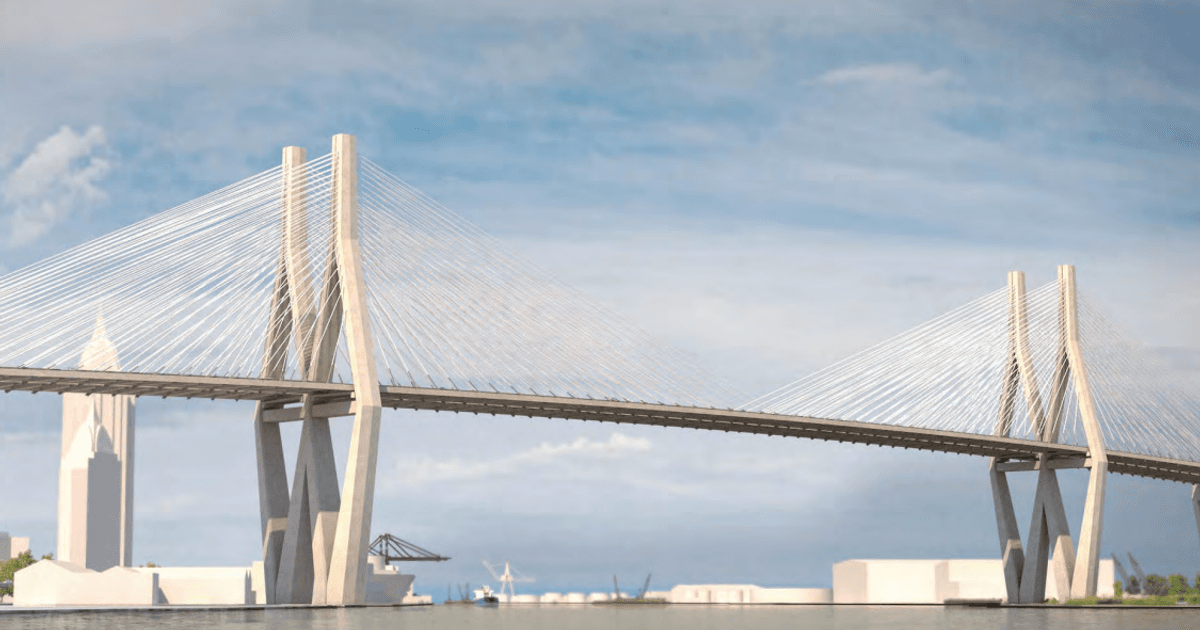 Mobile River Constructors and Kiewit-Massman-Traylor are the two joint venture teams shortlisted for the project.

ALDOT Director John Cooper told Gov. Kay Ivey, who is also the Authority’s Chair, at the meeting that “all we are asking for today is the authority to negotiate to see if we can establish a guaranteed maximum price that falls within the parameters we’ve been working with.”

“There’s a very limited number of firms in the country who can adequately address this project,” Cooper said. “The way we contemplate addressing it would involve a partnership or a joint venture agreement between a contracting element and a design firm. What we are asking for today is really for the Authority to authorize you to, in turn, perhaps authorize us to negotiate with these people to see what kind of maximum guaranteed price we can achieve so that at a later time, we can evaluate whether we can actually do this project or it has financial aspects that we are not prepared to address.”

After the meeting concluded, an ALDOT spokesman said in a statement: “Today, the Alabama Toll Road, Bridge and Tunnel Authority met in Montgomery to approve procedural steps necessary to keep advancing the Mobile River Bridge and Bayway Project as requested by local officials in Baldwin and Mobile counties.”

“The approval by the Authority will allow the project to move forward without a concessionaire and in a way that conforms with the framework that was developed by the Eastern Shore and Mobile (Metropolitan Planning Organizations),” the spokesperson said. “The next steps would include detailed negotiations to finalize a joint venture team for the project’s construction.”

Once completed, the project will be a tolled facility. The proposed toll rate is $2.50 with an ALGO pass and $40 per month with an unlimited-use ALGO pass.

To connect with the author of this story, or to comment, email [email protected]

Don’t miss out! Subscribe to our newsletter and get our top stories every weekday morning.