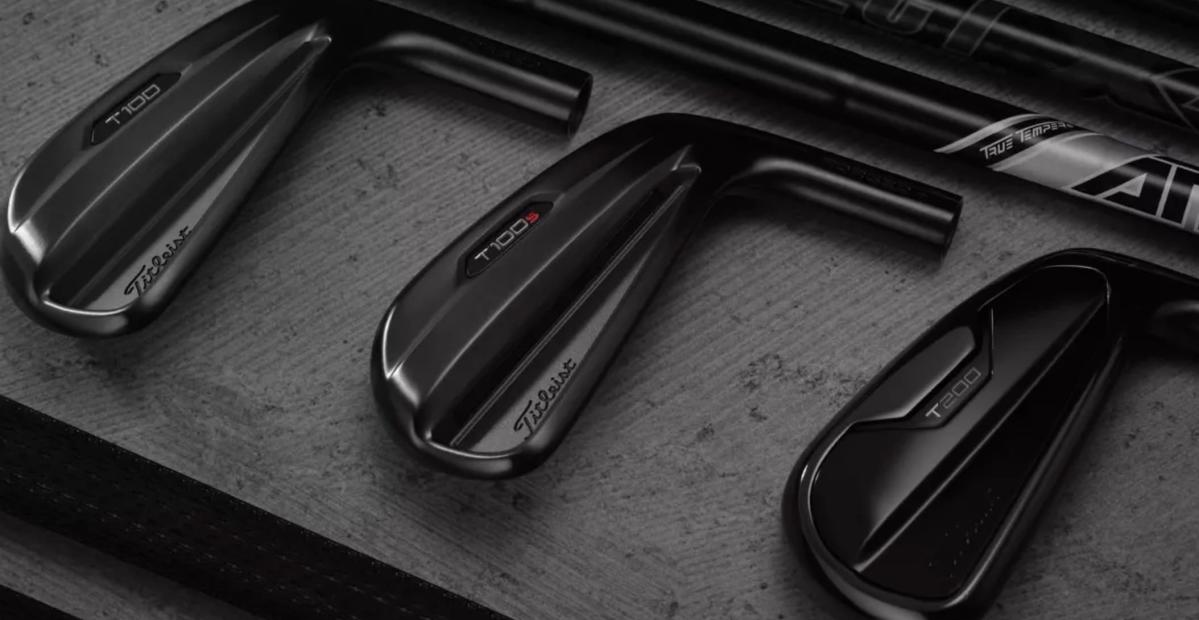 The 70sth The PGA Merchandise Show is underway. Here is a look at some of the top equipment seen on the show floor:

A new addition to the e Series, the e9 is designed to deliver, in Bridgestone’s words, “extreme distance and maximum power on every shot.” Bridgestone worked on the new ball with World Long Drive players, who helped co-design the e9. As a result, the ball will be used at WLD events. The e9 is firmer than the average distance ball, but that’s just the outer region; the core is soft to help with spin control and a more consistent ball flight. Another thing that separates this ball from other Bridgestone balls is the dimple pattern, which features 330 dimples, just like the old B330 ball.

According to Callaway Golf, Versa alignment is “back and better than ever,” and it’s been applied to all putters in the Versa lineup, from blades to mallets. The high contrast alignment technology highlights the proper face angle from address to impact. Also, the White Hot Insert uses a two-part urethane insert to create “incredible feel, sound and performance,” while a new Red Stroke Lab Shaft is 7g lighter thanks to the shortening of the steel section and also stiffer. The head shapes include: One, Double Wide, Three T, Seven: DB & S, Twelve: DB, S & CS.

A new clubhead shape has improved aerodynamics and made the Aerojet Cobra’s fastest driver ever, 1.5 mph faster than the previous LTDx LS model. Also new in Aerojet is an internal weighting structure called PWR-Bridge, a 13g weight that is suspended above the sole of the driver that keeps the center of gravity near the center of the face, which negates the spin and launch disadvantages caused by making the back of driver more aerodynamic. In other words, this driver is faster while still providing low spin. The Aerojet series also includes the Aerojet LS and Aerojet Max. The former is for the better player and offers the most aerodynamic qualities with a lower launch while the Max is more forgiving.

Want extreme backspin; that’s exactly what Mizuno promises with the S23s. And it’s done a few ways: Quad cut grooves are milled narrow for lower ceilings and wide and shallow for higher ceilings, while Hydroflow micro grooves are laser etched to help channel away moisture in wet conditions. Face Milling Lines increase surface roughness, too. The wedges are constructed with 1025 boron, a carbon steel with 30% more strength.

The series includes the ZX7, ZX5 and ZX4, which the ZX7s designed for, as Srixon says, “the best players in the world.” The PureFrame feature, exclusive to the ZX7s, reduces unwanted vibrations and is forged into the body of the iron, just behind the sweet spot, as an 80% thicker portion of 1020 carbon steel. Flex is maximized in all models thanks to MainFrame, which is a variable thickness pattern of grooves, channels, and cavities carefully milled into the backside of the iron face. And the VT Sole helps maintain clubhead speed through impact while its sole notches lessen drag by limiting the amount of the sole that contacts the ground. Said Brian Schielke, general manager of Srixon: “Longer distances, improved feel, more control, and greater consistency are seen throughout each new iron set, and they provide a seamless transition for building a combo set. While we’ve improved these irons in so many ways over the first generation of ZX Irons, we’ve also kept the sleek looks, pure feel, and core DNA of Srixon Irons that golfers have come to expect.” Also, the Z-Forged II, a muscle back blade iron, will debut in the spring.

Titleist this week unveiled some familiar faces, but with new looks: T100, T100•S and T200 irons, each with an all-black Titanium Carbide Vapor finish. The irons come with three shaft options – True Temper AMT Black, AMT Tour White and Project X LZ – in an onyx powder coat finish, plus all-black Golf Pride Tour Velvet 360 grips. The T100 irons are the most played irons on the PGA Tour. “I love the finish,” said Cameron Smith, who won The Players and The Open with the fully forged T100s. “The new black finish is a little bit more durable – they’ve definitely stood the test of time. I just like how they look. I think they look a little bit smaller. This lets me narrow in a little bit more and obviously the less glare and stuff like that off the sun, helps that a lot.”