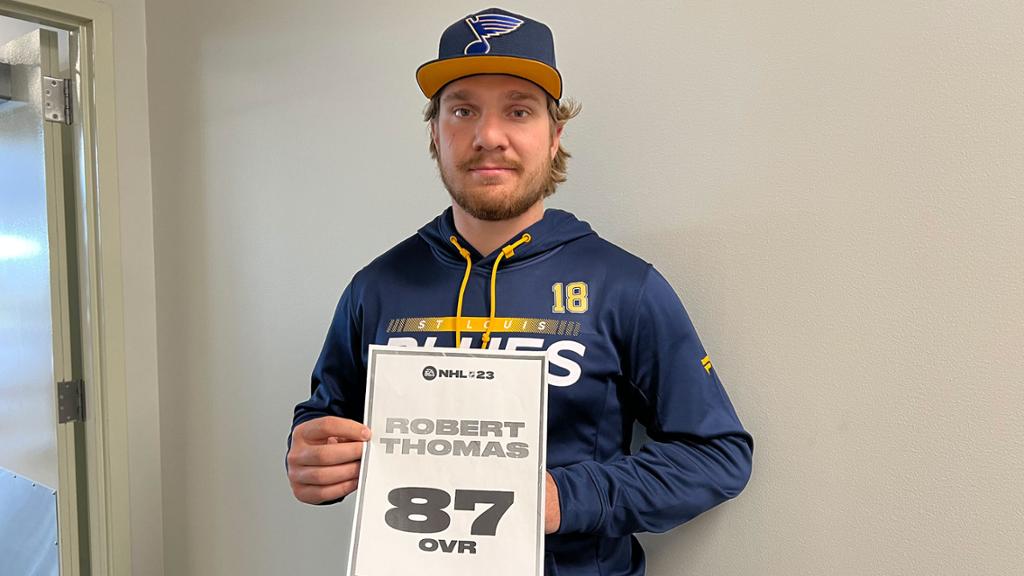 Rated out of 100, Thomas increased his rating by five points from the beginning of last year and joined Jordan Kyrou (87), Ryan O’Reilly (88) and Vladimir Tarasenko (88) among the top-rated players on the Blues.

“Yeah, pretty good rating. I didn’t think I was gonna be that high, so (I think it’s) pretty generous,” Thomas told stlouisblues.com.

The 23-year-old forward has a long history with the franchise, commonly known as ‘Chel’ in the hockey world. Dating back to NHL 13, Thomas says he grew up playing every single year’s edition of the game with his brother.

“I never play as myself – just random teams, every time,” explains Thomas. He and his brother would randomly cycle three different teams and choose from those when they’d face off.

In the game’s player creation mode, Thomas also stays away from his own likeness. When describing the player he likes to create – as Justin Faulk walked up during Wednesday’s Content Day – Thomas used two words: “giant” and “fast.”

“Hey man, I’m right here!” joked Faulk. Thomas said he doesn’t like to emulate any of his teammates – though Faulk wasn’t too bothered.

Outside the hockey world, Thomas carries a mixed amount of confidence on what his ratings might look like.

“I’d say I’m above average, but wouldn’t say I’m really good – probably like an 83,” he puts it modestly.

While he doesn’t believe he has a fabled 99 in any one field, singing is especially outside his expertise.