The infamous MLB history Patrick Corbin is staring down 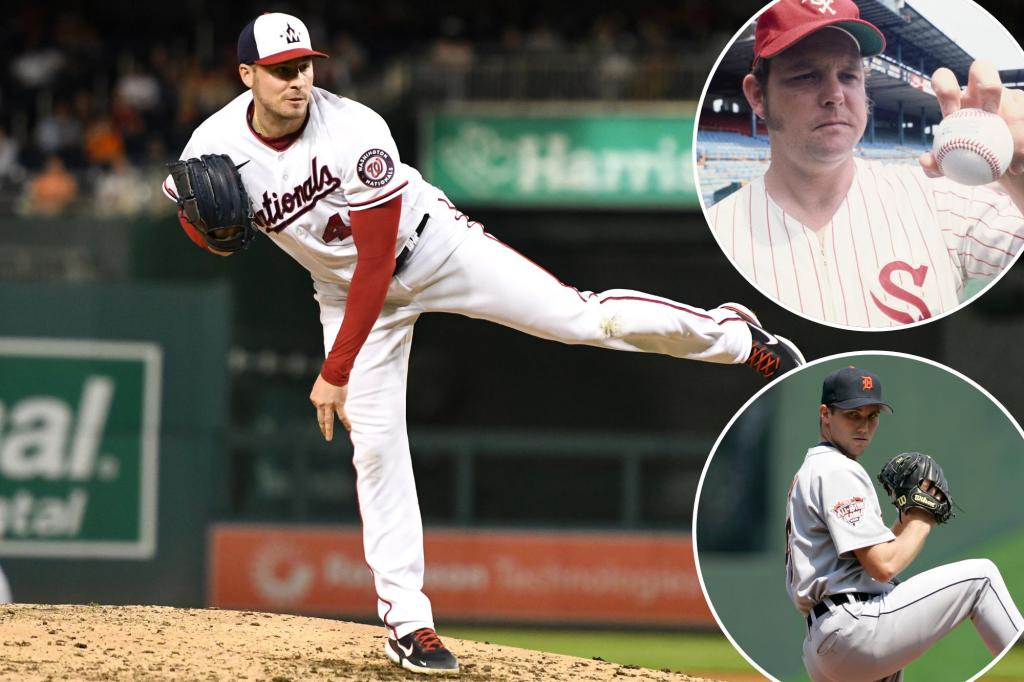 Aaron Judge is on pace to break the single-season American League home run record and Albert Pujols is closing in on 700 career homers but another, more dubious, milestone has a chance of happening in the coming weeks.

Nationals lefty Patrick Corbin, 6-18, could be the first 20-game loser in the majors since Mike Maroth went 9-21 for the 2003 Tigers. Before Maroth, it hadn’t been done since 1980 when Oakland’s Brian Kingman went 8-20. Kingman became so protective of being the last pitcher to lose 20 in a season that he brought voodoo dolls to games where Philadelphia’s Omar Daal and Arizona’s Albie Lopez had a chance to match the mark.

They didn’t make it.

“It’s 99 percent crap and one percent ‘maybe this works,'” Kingman told the Post.

Kingman was in Toronto with a voodoo doll when the magic ran out and Maroth lost number 20. Jerry Koosman is part of the exclusive fraternity, telling the Post his 8-20 campaign in 1977 caused chest pains.

“It was terrible,” the Mets legend said. “It is hard to go out there and pitch your butt off and get a loss. And not all the runs you give up are your fault.”

Koosman had a respectable 3.49 ERA in 32 starts, tossing six complete games. Before his final start, manager Joe Torre told the southpaw he could scratch him so he could avoid losing number 20. Koosman took the positive approach and told his skipper he would go out and win.

Unsurprisingly, Koosman pitched decently. And, unsurprisingly, the Mets were blanked in a 4-0 loss to the Pirates, which summed up his season.

“Misery loves company but I didn’t have any company,” Kingman said.

“You must be pitching well to lose 20 games,” Wood said. “That’s the only good side of it.” There is truth to that. Phil Niekro lost 20 games twice. Steve Carlton lost 20 times. Steve Rogers and Mel Stottlemyre were both five-time All-Stars who made a Midsummer Classic during a 20-loss season. Of the last 25 pitchers to lose 20 games in a year only once did a starter have an ERA over 4.50, which was Maroth’s 5.73.

“I don’t think there’s any thrill in losing 20 games no matter how you look at it,” Wood said.

If he loses twice more, Corbin, who has a 6.11 ERA, would be the first NL pitcher to lose 20 since Niekro in 1979. But there are no plans to shut him down, according to MLB.com.

“I couldn’t care less about that,” Corbin said after losing to the Phillies last week. “I try to win every day. I’ll go out there and take the ball no matter what. Just go out there and compete.”

Corbin, a two-time All-Star who helped the Nationals win the 2019 World Series, is actually due to make $23.4 million this season.

The 8-20 mark always looms large for Kingman. In 2019, while in the hospital following a car crash, he learned that former Met Al Jackson had died. Jackson went 8-20 in 1962 and Kingman believed it was August 20. A nurse told Kingman it was August 19. “I’m going to live,” he said.