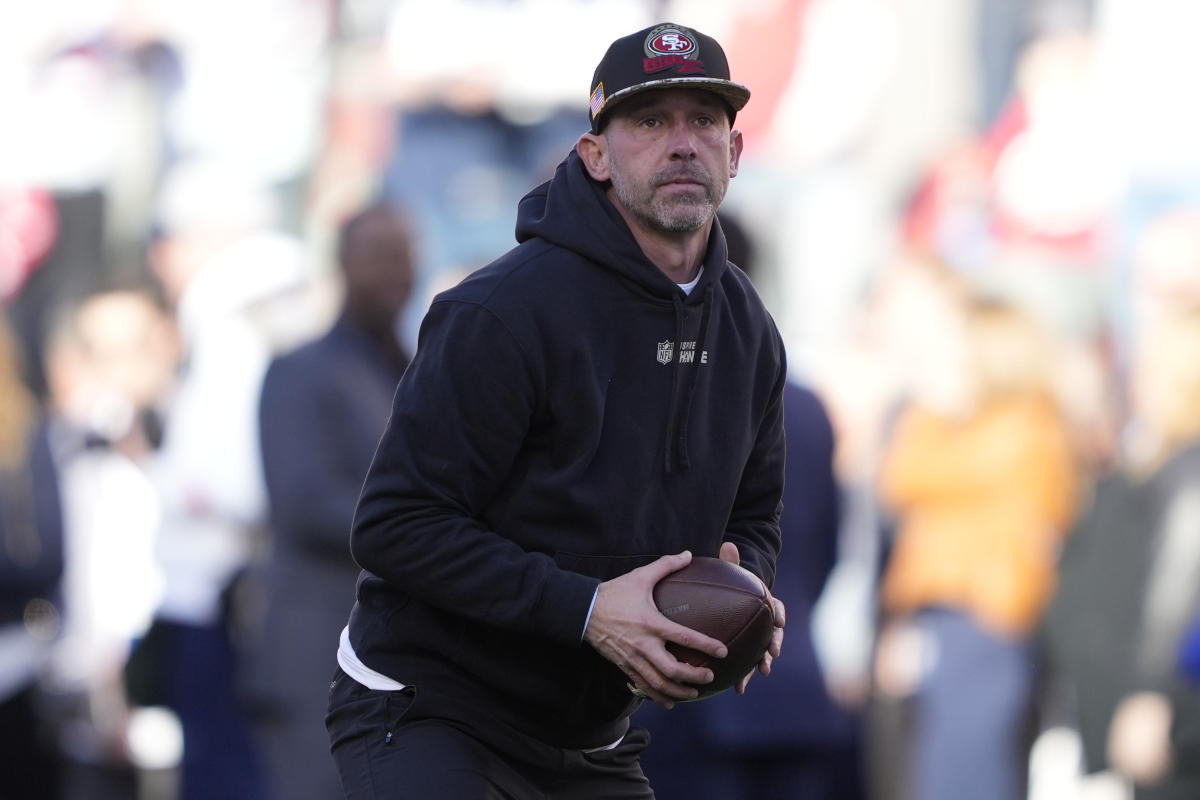 Super Bowls matter, possibly more than they should, when we discuss the careers of everyone in the NFL.

Win a Super Bowl ring, especially as a head coach or quarterback, and you’re put in a different class. There are some good quarterbacks who are judged as great and in the Pro Football Hall of Fame because they were on an incredible team that won a championship.

Fair or not, those are the stakes for everyone in the NFL’s final four over the rest of the season. Win a championship, your legacy is set. Come up short, you might be forgotten far too soon.

Here are the 10 players and coaches (and one GM) from the AFC and NFC championship game teams with the most on the line over the rest of this season:

Jalen Hurts was in the MVP conversation this season, but it still seems that some are hesitant to rank him among the absolute elite tier of quarterbacks in the NFL. A Super Bowl win, which would mean the Eagles went 17-1 in his starts this season, would change that. You’ll find all four remaining quarterbacks on this list, because there’s a championship-centric view of judging that position. It’s unavoidable. Hurts might need a repeat of this season to truly get the respect he deserves, but a Super Bowl ring will vault him a few spots and silence some critics.

It’s rare for a general manager to get Hall of Fame consideration, but a second Super Bowl title — for a franchise that had never won one before the 2017 season — with a completely different coach and quarterback than the first Super Bowl title would solidify Roseman as the best GM in the NFL. He did a great job building this Eagles roster including a shrewd trade for receiver AJ Brown. Regardless of whether Roseman will ever get into the HOF conversation, Roseman’s reputation would grow if he reshaped the Eagles at the top and they won again.

Jones might be the NFL’s most underrated player, or on a short list. The Kansas City Chiefs defensive lineman rarely gets talked about in the same conversation as Aaron Donald, Nick Bosa, TJ Watt, Micah Parsons or any of the other players considered among the best defensive players in the NFL. Maybe that would change with a second Super Bowl title. Jones is easily the best player on the Chiefs’ defense. He has two straight first-team All-Pro selections and tied a career high with 15.5 sacks this season. Another title would help him become a more household name.

The brothers have a lot on the line, on different levels. For Jason, the Philadelphia Eagles’ center, a borderline Hall of Fame case would be bolstered by a second Super Bowl. He has five first-team All-Pro nods already, which gets him in the conversation, but there are a lot of great centers who are on the outside of the HOF discussion. Maybe Kelce will make it either way, but a second Super Bowl ring (and hopefully a second Super Bowl parade speech) would give him a boost.

Travis Kelce is probably a lock as a Hall of Famer. He has seven straight 1,000-yard seasons, which is phenomenal for a tight end. But another Super Bowl title, with Kelce being by far the best skill-position player on a top offense, would bump him up in the argument for the greatest tight end ever.

It’s hard to say Chase is overshadowed, but players like Justin Jefferson, Tyreek Hill and Davante Adams probably come up more often when we discuss the NFL’s best receiver. A Super Bowl championship would help Chase move up that list, especially if he has a big game on that stage. Chase is somehow just 22 years old, and it’s never too early to start building a legacy through championships.

Ryans is on the short list of top head-coaching candidates already, so maybe he doesn’t need a 49ers Super Bowl. But his stature would grow if San Francisco wins a Super Bowl with a rookie quarterback. The 49ers’ defense is the best in the NFL and it can join squads like the 1985 Chicago Bears, 1990 New York Giants, 2000 Baltimore Ravens, 2002 Tampa Bay Buccaneers and 2015 Denver Broncos whose defense carried a team to a championship. Ryans is already a rising star in the business. With a Super Bowl ring, he would be an undeniable coaching star.

Imagine what the conversation would be regarding Mahomes if the Chiefs didn’t come back and win Super Bowl LIV in the fourth quarter. That’s how many Super Bowl rings mean. Win one and you never have to hear nonsense about how you can’t win the big one. Win two and you’re taking a seat with royalty. Only Peyton Manning, Tom Brady and Joe Montana have more than one Super Bowl ring as a starter and also more than one regular-season MVP award. Mahomes is very likely to win his second MVP award next month. A second Super Bowl title would start another round of GOAT discussion.

Burrow is already getting momentum as the No. 2 quarterbacks in the NFL after the Cincinnati Bengals beat the Buffalo Bills and Josh Allen over the weekend. Since some NFL analysts get bored quickly and are dying to tout someone other than Patrick Mahomes as the best QB in the game, you’d hear a lot of “Is Burrow actually better than Mahomes?” if the Bengals beat the Chiefs this week, and especially if Cincinnati went on to win a Super Bowl. And quarterbacks, even absolutely great ones, get overrated a bit when they win rings.

Shanahan is a respected coach but he’s also known for roles in three of the most notable playoff collapses ever. He was offensive coordinator of the Atlanta Falcons in Super Bowl LI when they blew a 28-3 lead, head coach for the San Francisco 49ers when they blew a 10-point fourth quarter lead in Super Bowl LIV, and last season when the 49ers blew a 10-point lead in the fourth quarter of an NFC championship game against the Los Angeles Rams. Winning a Super Bowl would go a long way in erasing those losses. He won’t get his due until he takes that final step.

The range of outcomes for Purdy are wild.

Win a Super Bowl: Purdy would be the first rookie and first third-string quarterback to win a Super Bowl. Going from Mr. Irrelevant to an undefeated rookie season with a ring would be the subject of movies and books for decades to come. It doesn’t matter that Purdy is helped immensely by a great defense, superior coach and fantastic offensive teammates. With a championship, the name “Brock Purdy” would be synonymous with an underdog story for the ages. Every late-round QB for the foreseeable future would be wishcasted as “the next Brock Purdy.” He’d also be a practical lock to start at QB for the 49ers next season. You think they’d consider benching him if they won a Super Bowl? Every Super Bowl-winning QB has a place in NFL history for the rest of his life, and so would Purdy. And probably on a higher plane than most, given the backstory of his season.

Lose on Sunday: There’s not even a guarantee Purdy will start next season for the 49ers. There are a few QBs who started a conference championship game, lost and are mostly only remembered by serious fans (Mark Malone, Shaun King, Richard Todd, Case Keenum, Blake Bortles, Mark Sanchez, etc.). Any of those names could have been at least Jeff Hostetler, Joe Flacco or Doug Williams with just one title. If the 49ers win it all, Purdy’s story will be compared to Tom Brady and Kurt Warner. If the 49ers lose this week he might end up being the modern-day Dieter Brock. Pretty big gap.

We don’t know what happens next in Purdy’s career. He could be a good starter for the next decade, one of the rare QBs who was overlooked in the draft and shines anyway. Or he could fade quickly. If it’s the latter, a Super Bowl win would ensure we remember him forever.