Tech Week: Is Nvidia Over the Worst? 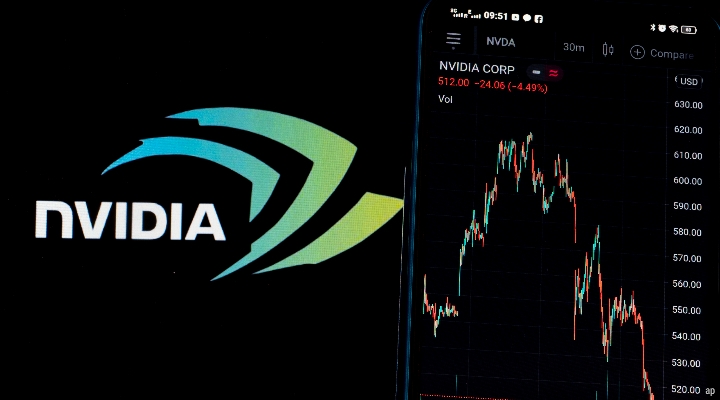 There was a time when Nvidia Corporation was a darling of fund managers. I recall an interview I did with artificial intelligence fund manager Chris Ford two years ago, where the technology expert said his role in developing “morally good” deepfakes was just one of his many achievements.

Indeed its achievements loom large. Nvidia is not exactly a household name in the same way as Apple or Microsoft, but it powers much of what we do as technology users. It certainly powers much of what your kids do online. Its chips are a central part of millions of the world’s games consoles, and, as a result, its influence has expanded into things like cyrptomining and

But Nvidia’s market value has soared then crashed in recent years – shares peaked at nearly $330 in late 2021, but are now worth $131, meaning its capitalization has fallen from $822 billion to $328 billion today.

Nvidia is an American success story of sorts. But last year the fallout from its global expansion plans suggested it had stepped too far.

When the company plotted the purchase of SoftBank-owned UK chip maker ARM, the Competition and Markets Authority (CMA) warned that the mooted £29 billion takeover threatened to stifle competition and innovation in areas like self-driving car development and gaming. It was a kind way of saying that the competitors reliant on ARM might have the rug pulled from under them. (As a postscript, the UK government is wooing ARM to list in the UK as the company looks to become a public entity once again.)

The story didn’t end well for Nvidia, or for the 1,000-ish staff at ARM that faced redundancy after the deal was terminated in February this year. Having originally declared the transaction the seeds of “the world’s premier computing company”, both parties were left red-faced.

Other issues have weighed on Nvidia’s image too. In May this year the company agreed to pay a $5.5 million fine for failing to disclose to the US Securities and Exchange Commission the precise contribution to its bottom line made by crypto-mining. That is but a drop in the ocean in financial terms, but the reputational impact was certainly apparent.

But that’s still not all. Quite apart from getting caught up in big regulatory battles, Nvidia has also found itself an unlikely pawn in geopolitics.

At the beginning of September, the Chinese government hit out at the US government’s decision to restrict the export of powerful processors to the country. The move affects products containing Nvidia’s A100 and H100 graphical processing units, both of which are used to make the machine learning process faster. Nvidia will now need licenses to continue selling them.

“US officials have told chipmaker Nvidia that it will need special licenses to sell Chinese customers two of its processes that are widely used to speed up AI calculations,” the Financial Times reported.

In the most recent analyst note on Nvidia published at the beginning of this month, sector strategist Abhinav Davuluri said the geopolitical intervention by the Biden administration was “troubling.” That said, he stopped short of sounding the alarm, given the strong consumer base Nvidia supplies.

“Nvidia’s major cloud customers include Chinese firms such as Alibaba, Tencent, and Baidu for a variety of applications such as natural language processing, image recognition, and deep recommendation engines,” he says.

“In an SEC filing, Nvidia highlighted its fiscal third-quarter revenue outlook included about $400 million in potential revenue to China that could be subject to the new license requirement.

“We believe many of the end use applications for Nvidia’s data center GPUs at Chinese customers are consumer-centric, and thus we think the firm should be able to attain licenses for these customers.”

And as for Chris Ford, his fund has rebranded following new ownership and is now Sanlam Global Artificial Intelligence. But it still holds Nvidia, and, over five years at least, the firm has been among the fund’s top performance contributors, below Tesla, Roku, Alphabet, and Netflix (in that order).

Is it game over for Nvidia? Far from it. But its challenging chapter isn’t finished just yet.

To view this article, become a Morningstar Basic member.