Subban retires from the NHL after 13 seasons 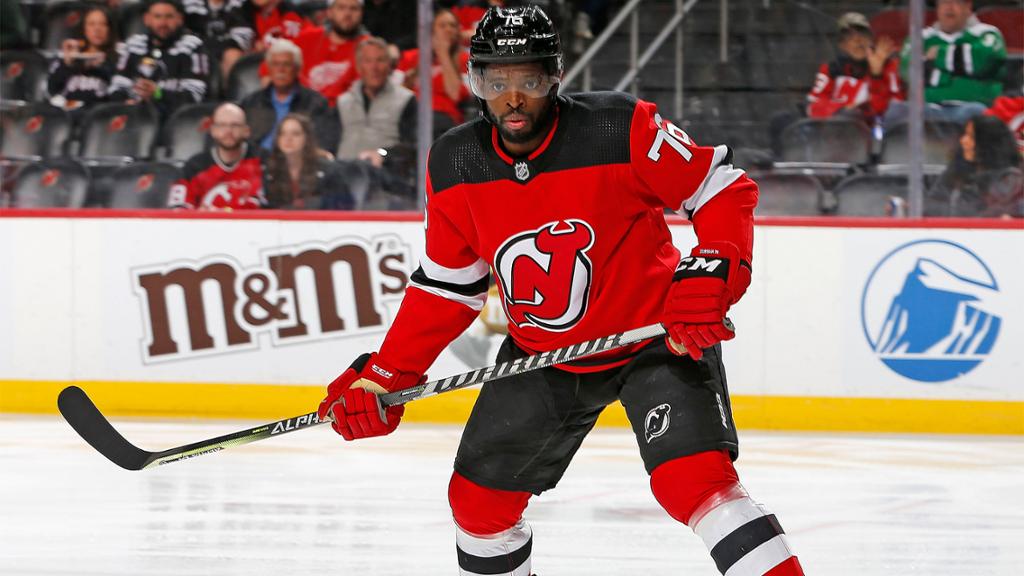 PK Subban retired from the NHL on Tuesday after 13 seasons.

The 33-year-old defenseman had 467 points (115 goals, 352 assists) in 834 games for the Montreal Canadiens, Nashville Predators and New Jersey Devils, and 62 points (18 goals, 44 assists) in 96 Stanley Cup Playoff games. He won the Norris Trophy voted as the NHL’s best defenseman in 2012-13, making the NHL First All-Star Team twice (2012-13, 2014-15) and the Second All-Star Team once (2017-18). In 2022, he won the King Clancy Memorial Trophy, awarded to the NHL player who best exemplifies leadership qualities on and off the ice and has made a noteworthy humanitarian contribution in his community.

“I remember my dreams of playing in the NHL and winning [the] Stanley Cup, similar to the guys on the ‘Don Cherry’s Rock’Em Sock’em (Hockey)’ tapes at the end of every volume, with the black eyes, broken bones and tears of joy,” Subban wrote on Twitter. “To this day, I still dream about it. However, the end of this chapter is closing and after 13 years in the NHL, I have made the decision to retire.”

Subban, selected by the Canadiens in the second round (No. 43) of the 2007 NHL Draft, was traded to the Predators for defenseman Shea Weber on June 29, 2016. He had 12 points (two goals, 10 assists) in 22 playoff games. games to help Nashville advance to the 2017 Stanley Cup Final, a six-game loss to the Pittsburgh Penguins. Subban played two more seasons for the Predators before being traded to the Devils on June 22, 2019. He had 22 points (five goals, 17 assists) in 77 games with New Jersey last season.

“I never looked at myself or ever felt I was ‘just a hockey player,'” Subban wrote. “I always looked at myself as a person who happened to play hockey. Having that perspective allowed me to enjoy every shift like it was my last, celebrate every goal with emotion and play every game as if someone paid to watch me play who had never seen me play before.

“The NHL also provided me with a platform that allowed me to give back through my charities. A sincere thank you to the many players that I either played with or competed against who brought out the best in me. A heartfelt appreciation to the Montreal Canadiens, Nashville Predators and New Jersey Devils for each representing organizations with class and integrity. I look forward to the road ahead and the many exciting opportunities to come. I’m excited to share what those are with you all when the time comes!”

Also on Tuesday, defenseman Zdeno Chara45, signed a one-day contract with the Boston Bruins and retired after 24 seasons. Keith Yandlewho set the NHL record for consecutive games played last season (989), retired after 16 seasons as a defenseman in the League.