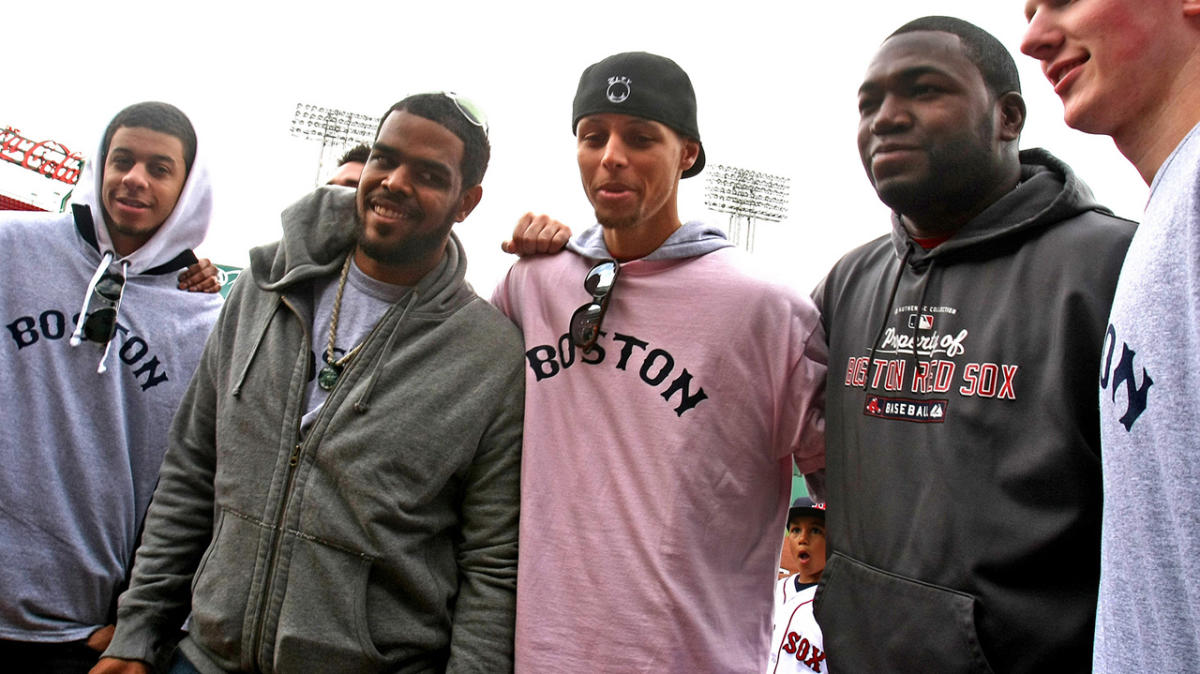 We can understand why Boston fans don’t like Stephen Curry after the 2022 NBA Finals. But the Golden State Warriors star is trying to do the city’s baseball team a solid.

Superstar slugger Aaron Judge paid a visit to the Bay Area this week as the San Francisco Giants attempt to pry him away from the New York Yankees in free agency. The Giants pulled out all the stops, calling on Curry to connect with Judge and pitch him on coming to San Francisco.

For Curry, the motivation to convince Judge to leave New York was two-fold.

Tomase: Maybe the Red Sox and Devers aren’t that far apart after all

“I met him before this,” Curry said of Judge, via NBC Sports Bay Area’s Monte Poole. “We’ve talked before. So . . . let’s put it this way: I am doing my part as a loyal Red Sox fan.”

Curry hails from North Carolina but grew up a fan of the Red Sox and David Ortiz, whose heroics helped Boston end an 86-year World Series drought in 2004. Curry even had his bachelor party in Boston in 2011 and met Ortiz at Fenway Park before a Red Sox game.

“I had a raver of a bachelor party at a Red Sox game back in 2011,” Curry told reporters in June. “I got to go to two games in the interleague series against the Cubs. Got to connect with (Ortiz) for the first time and meet him. Gave me a bat. Got to go into the depths of the Green Monster and just see the atmosphere and the culture that he was trying to continue as an iconic Red Sox player.”

As a Red Sox fan, it’s in Curry’s best interest that Judge leaves the archrival Yankees after blasting an American League-record 62 home runs to help New York win the AL East in 2022. Since Judge-to-Boston seems like a long shot, him signing with a National League team that only plays the Red Sox three times in 2023 seems like the best-case scenario.

Whether the Giants are willing to pay up to sign Judge remains to be seen — the Los Angeles Dodgers reportedly are strong suitors as well — but if he lands in San Francisco, Curry may deserve some credit.