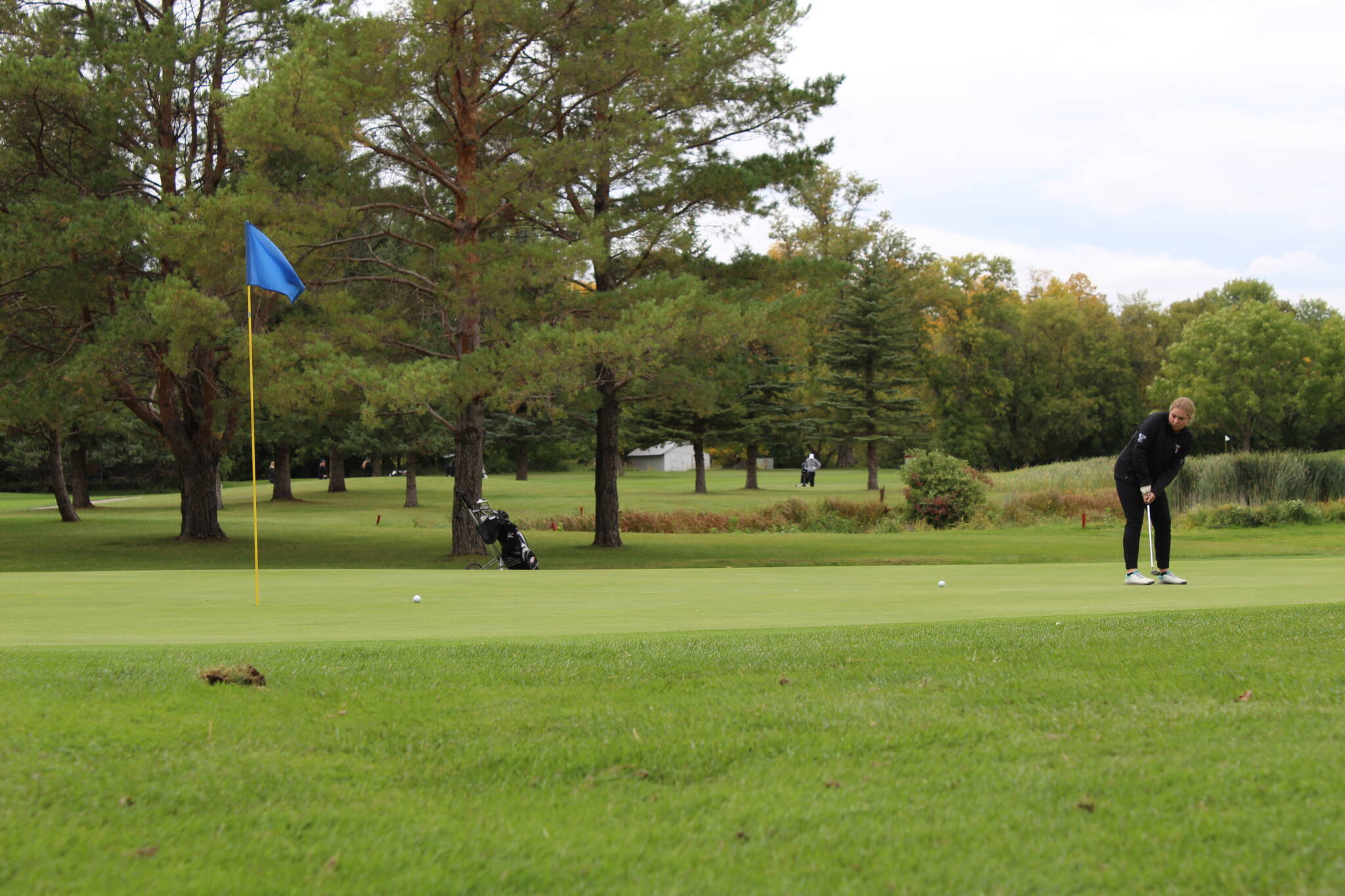 Addison Kartusch shot a rock-solid 80 to lead SMA (275). It was the second-straight year she led her squad in the big tournament, as she took home low-individual honors last season (75).

“It feels good for the team to get a win,” said Kartusch, who also ran away with the Manitoba junior girls championship and represented the province at the Canada Summer Games this summer. “I’m glad we were all able to play the way we wanted to, I’m happy about it.”

“It’s very satisfying that we’re back-to-back champions. Especially in my Grade 12 year, it’s nice to leave on a bang and leave a good legacy behind,” said Wood, who served as the de facto captain.

“It’s been great playing with this group of girls, so we’re just really glad we pulled it through.”

Cala Korman, Killarney’s lone representative, nabbed the low-individual round for the girls, shooting 78.

Grady Chuback and Jack Taylor spearheaded St. Paul’s (219) for a consecutive year. The two have become recognizable figures in Golf Manitoba tournaments and shared the boys low-individual honor in the competition at 71.

It’s the second year in a row Taylor, in Grade 12, has been crowned low-score in the tournament, shooting 72 in the 2021 provincials.

“It’s great,” Taylor said. “I didn’t expect it to be this good, but it’s always nice to finish off like this. Just the way we did it back-to-back years, I’m really happy with it.”

“I didn’t really have many expectations but it is a course I quite enjoy. I’ve had lots of tournaments out here so I wanted to do well. I know I can shoot well here and I felt like I did a pretty good job.”

Bryson Harder (Grade 11) and Payne Wood (Grade 10) made up the Crusaders’ foursome, shooting 90 and 77, respectively.

The sun hid behind an overcast sky for most of the day as the already brisk fall weather was made worse by spurts of light rain and gusting winds that toyed with golfers throughout their round.

“I found it hard to judge the wind a couple of times,” Chuback said. “At the turn, it was really cold and I didn’t get to warm up as well as I would have liked, so I found it a little tougher to start but once I got rolling, it was good.”

The win and low-score honor cap a successful 2022 campaign for Chuback, who won the Manitoba junior boys championship for the 15 and 16-year-old category and finished second overall, and represented Manitoba at the summer games.

“I’m really happy about it. It was one of my goals this year to be the low score in this tournament. I just went out there and whatever happened, happened, but it was a lot of fun.”

Swan Valley (294) finished second among the girls and Carman (298) third, while River East Collegiate (245) were runners-up on the boys’ side and Dauphin (246) finished third.