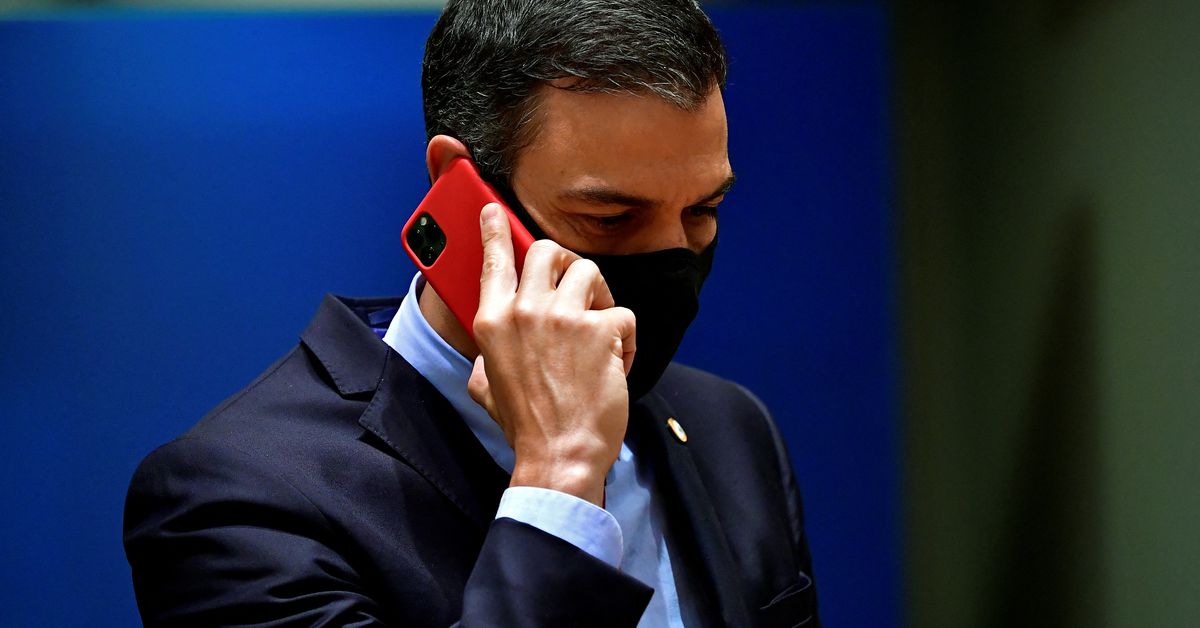 Bolanos told a news conference Sanchez’s phone was infected in May 2021 and at least one data leak occurred then. He did not say who could have been spying on the premier or whether foreign or Spanish groups were suspected of being behind it.

“The interventions were illicit and external. External means carried out by non-official bodies and without state authorization,” he said, adding that the infections had been reported to the justice ministry, and the High Court would be in charge of the case.

The announcement followed intense pressure on the leftist coalition government to explain itself after Canada’s digital rights group Citizen Lab said more than 60 people linked to the Catalan separatist movement had been targets of “Pegasus” spyware made by Israel’s NSO Group. read more

After the allegations of spying on members of the Catalan separatist movement, the minority government’s key ally in parliament, Catalonia’s leftist pro-independence party ERC, said it would not support the government until Madrid takes measures to restore confidence. read more

Gabriel Rufian, the ERC spokesman in the Spanish parliament, tweeted: “The state spied, spies and will spy.”

The European Union’s data protection watchdog has called for a ban on Pegasus over allegations it has been abused by client governments to spy on rights activists, journalists and politicians.