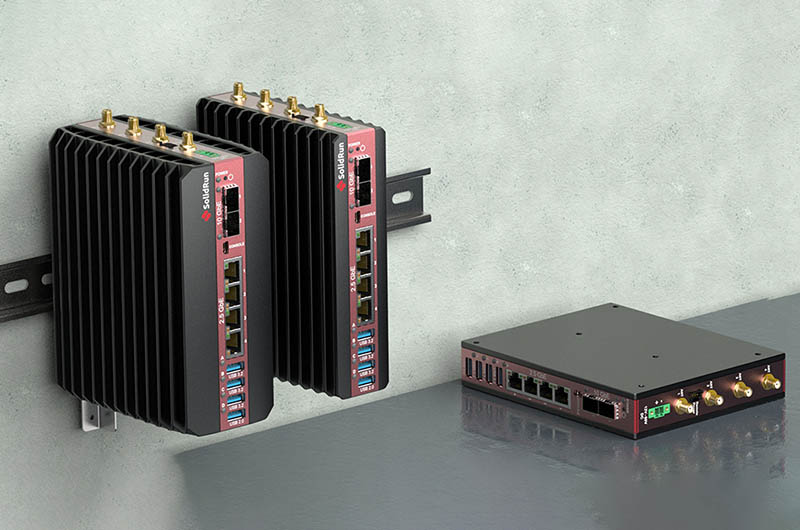 Earlier this week, SolidRun reached out to STH letting us know that it would announce a new PC based on a chip we are very excited to see. The SolidRun Bedrock PC brings the AMD Ryzen V3000 series processor to different embedded form factors.

A few months ago we covered the quiet announcement of the AMD Ryzen Embedded V3000 series. We have been waiting for designs to come out since then. SolidRun has one of the earliest versions with the Bedrock PC designed for embedded markets.

The SolidRun Bedrock can have up to 8 cores/ 16 threads of Zen3+ AMD Ryzen V3000. The system also gets up to 64GB of DDR5 ECC or non-ECC memory. Storage is provided by M.2 with a primary and two expansion slots. There is onboard WiFi 6E via Intel AX210 WiFi. Inside is also a Quectel 4G/5G modem for WWAN. Networking is 4x Intel i226 NICs with two 10GbE SFP+ ports.

SolidRun is focusing a lot more on cooling these passive systems. This is certainly several levels above the inexpensive 2.5GbE boxes that we have seen this year.

Of course, the big question many of our readers will have is whether we will review the new Bedrock PCs. The answer is: that is the plan. It sounds like SolidRun is still finishing up some of its internal testing. At the same time STH is going to be very busy for the next two months with the recent AMD EPYC 9004 “Genoa” launch and the 2023-01-10 Intel Sapphire Rapids Xeon launch, so we are hoping the systems are ready to review just after the main server cycle slows down.